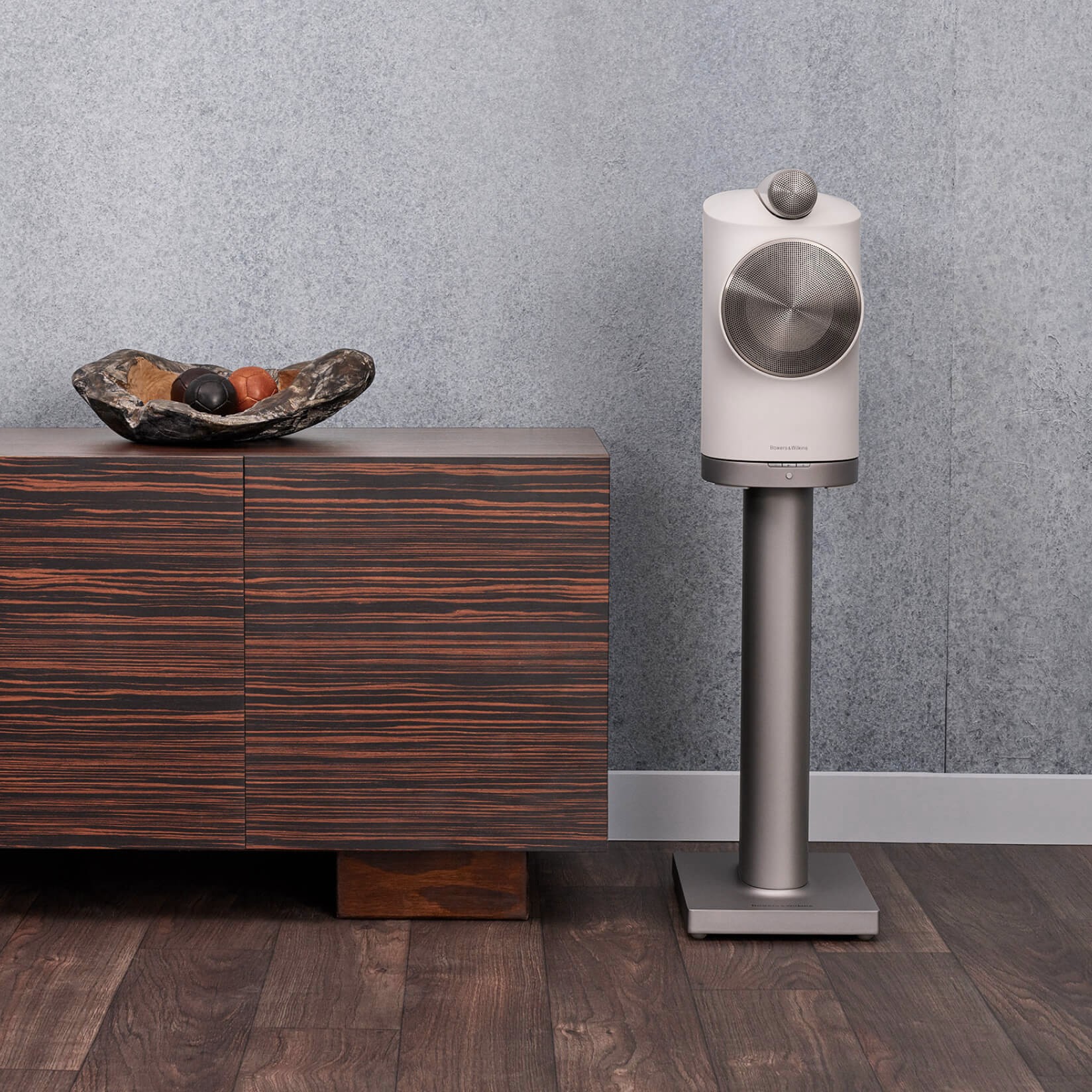 We recently talked about how to recognize active and passive acoustics. , and what kind of chips they have. Active speakers have greatly simplified the user’s life, as there is no need for a separate amplifier, a lot of cables and sources. Now, in order to get a rich sound, it is enough to have a pair of active speakers and a smartphone with a streaming service.

Bookshelf acoustics from the premium Reference line of the American brand Klipsch. An amplifier, a DAC and even a phono stage were placed in the R-51PM. All this technical abundance is in the “leading” right column, the left channel is passive. An amplifier in class D was installed in the model, which produces 120 watts per channel, and the entire current set of analog and digital inputs is available to the user. If desired, you can use the R-51PM as an external sound card for a laptop via USB, and the optical input will make it possible to connect speakers to a TV or set-top box. For vinyl connoisseurs, there is an MM phono stage on board, to which you can connect a turntable. There is Bluetooth for streaming. 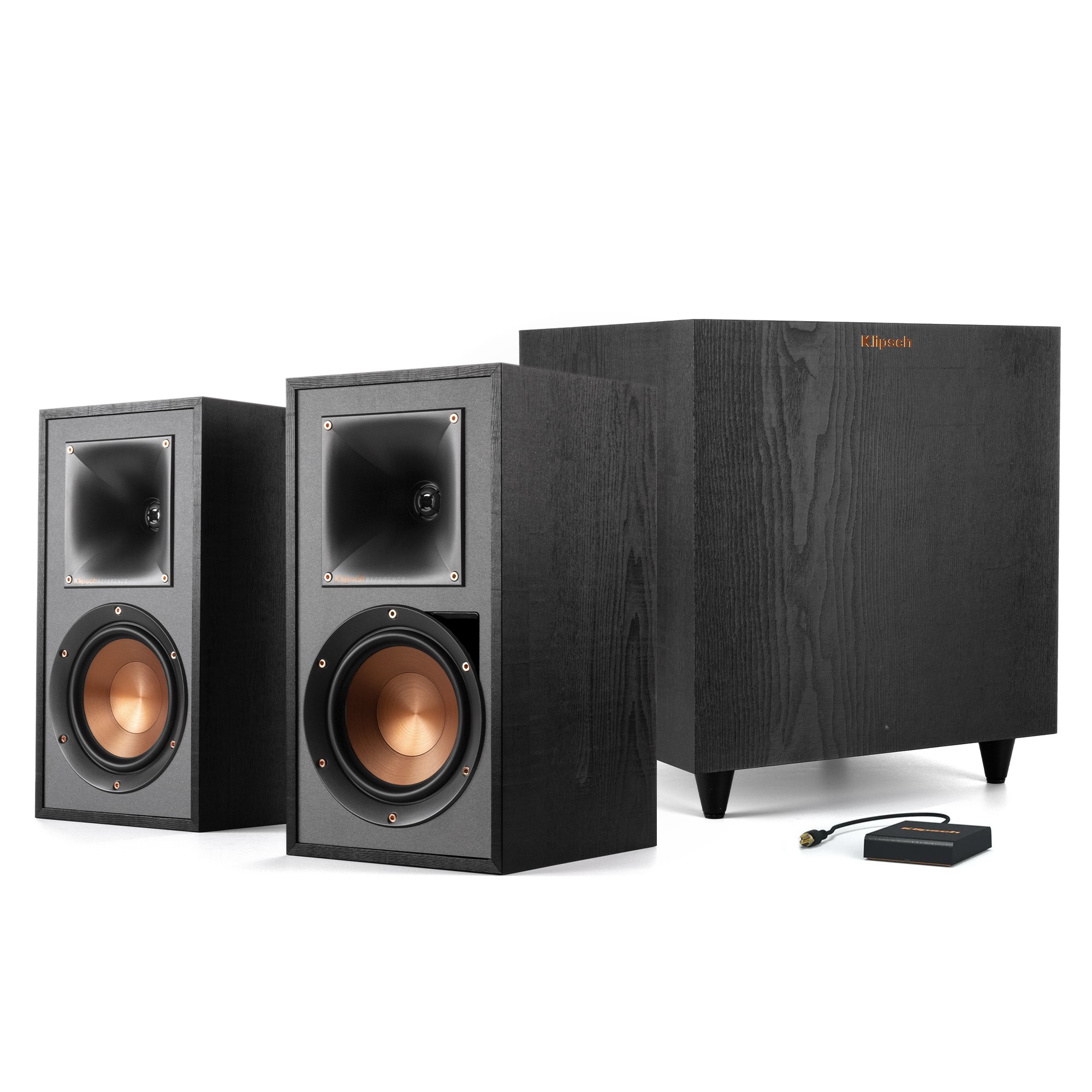 In terms of sound, the speaker has inherited the sound of its legendary predecessors with its refinement and dynamics, especially in the upper frequency range. R-51PM, with all the desire, cannot be called neutral, since bright sound was put into it throughout the entire sound spectrum – we are sure that the listener will appreciate it.

The sequel to the world of sound – the second generation of the legendary Mu-So system, which amazed with its capabilities in streaming sound. The new version was placed in an aluminum case similar to its predecessor, but the similarities end there. This is an all-in-one active speaker with all the advanced Naim developments. Mu-So 2nd Gen handles up to PCM 32bit/384kHz, and access popular services with just one touch thanks to Spotify Connect, Tidal, AirPlay 2. Even Internet radio has not been forgotten. With all the popularity of Wi-Fi, the company did not abandon the cable Ethernet connection. A good upgrade compared to the first model was the HDMI ARC input, which makes it possible to assemble a full-fledged cinema with a receiver and a TV around the acoustics. 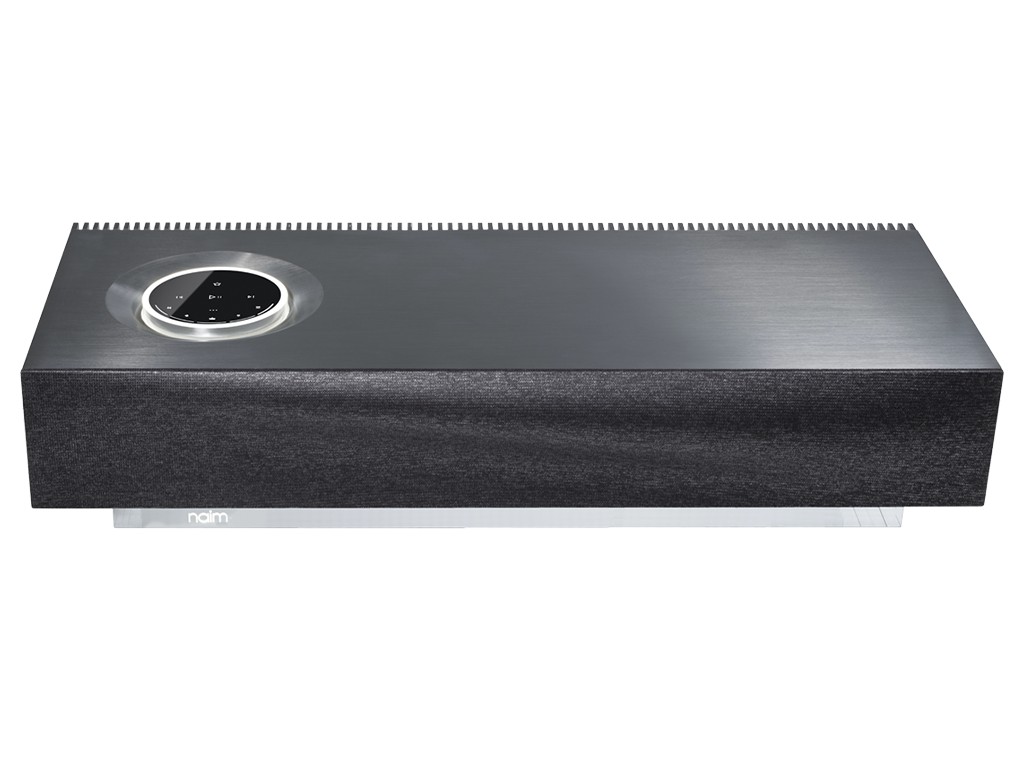 The sound of Mu-So 2nd Gen was forged by the company together with the French speaker manufacturer Focal, and the result is amazing. Music is still a priority for these speakers, which put out an impressive 450 watts in total. The model will be appreciated by fans of a strict and balanced sound picture, for whom it is important that the entire frequency range is on its “shelves”.

“Public” active acoustics from the English brand Bowers & Wilkins. The manufacturer has created its own ecosystem of Formation wireless devices, on the basis of which you can assemble both a classic stereo pair and a home theater. The Formation Duo is a wireless stereo pair that requires only a few outlets to connect. Speakers communicate with each other and surrounding devices through seven channels of wireless communication. In addition to Bluetooth, there is also an Ethernet connection. The mid and low frequencies in the speakers are handled by a Continuum cone driver, which we saw in the legendary 800 series of speakers. Carbon tweeter “moved” from the 700 series. With these solutions, the manufacturer says that wireless sound is not a compromise in quality. On board there is everything you need to work with streaming sound: AirPlay 2, 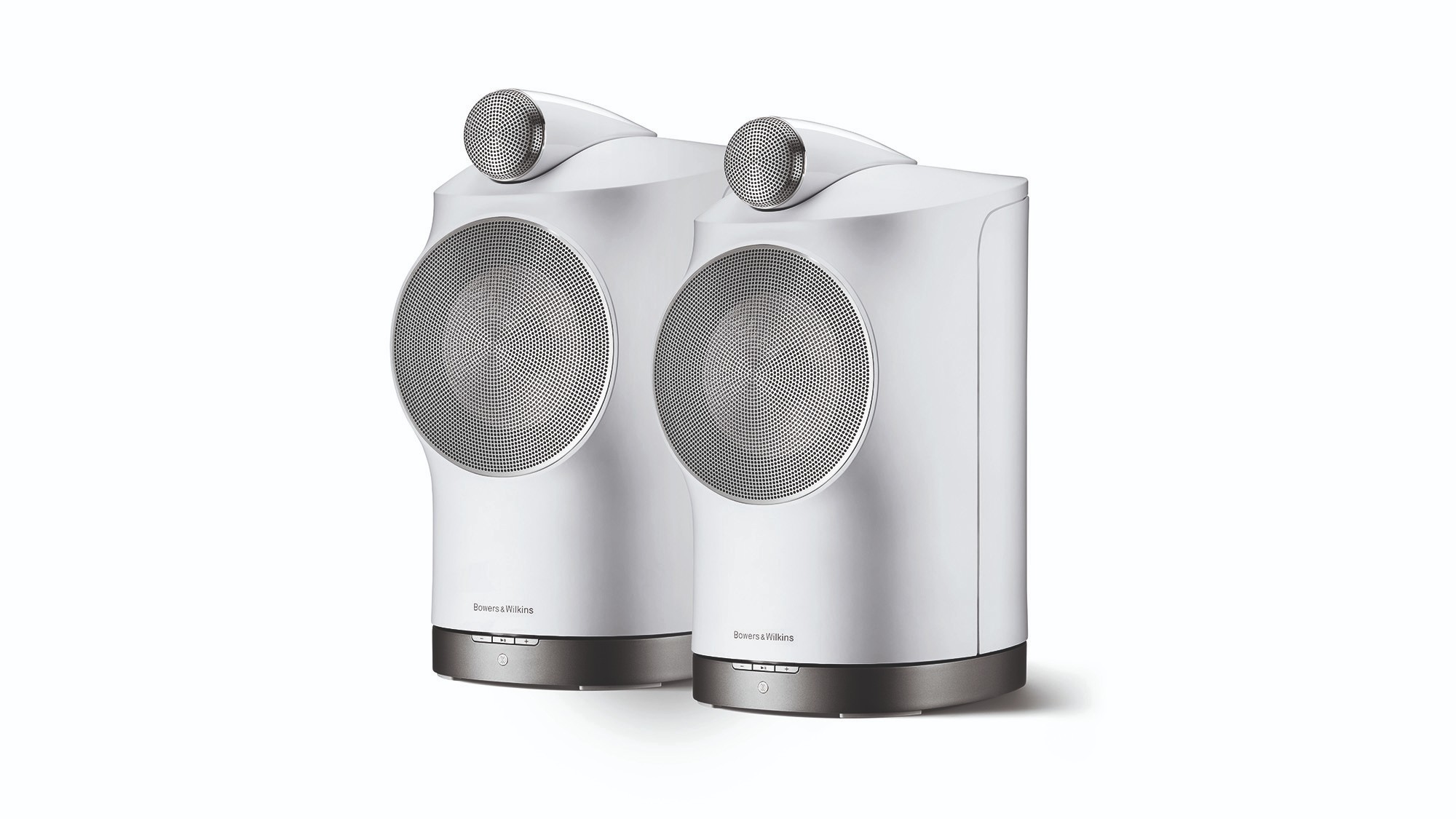 With all the external lightness and weightlessness, acoustics are able to cope with even the most complex musical genres. Through the Formation Duo, both academic music and hard rock will play equally well – this result was achieved thanks to the fast attack and control of the speakers from the class D amplifier. when a musician touches a piano key, you will feel it.

Small bookshelf speakers, in which they put everything you need for comfortable listening to music and watching movies. The model uses a classic scheme, according to which one column is “leading” with all the technical stuffing, and the second is passive. To connect a TV or set-top box, you can use optical or coaxial inputs, and for analog RCA there are two options for working: linear and Phono for connecting a vinyl player. If you don’t want to complicate things, you can connect to speakers via Bluetooth with support for the aptX codec. The onboard DAC handles up to 24-bit/192kHz PCM, and the Class D amplifier delivers 40 watts per channel. The model is universal and can serve both as a full-fledged stereo pair and as front acoustics for a small cinema. 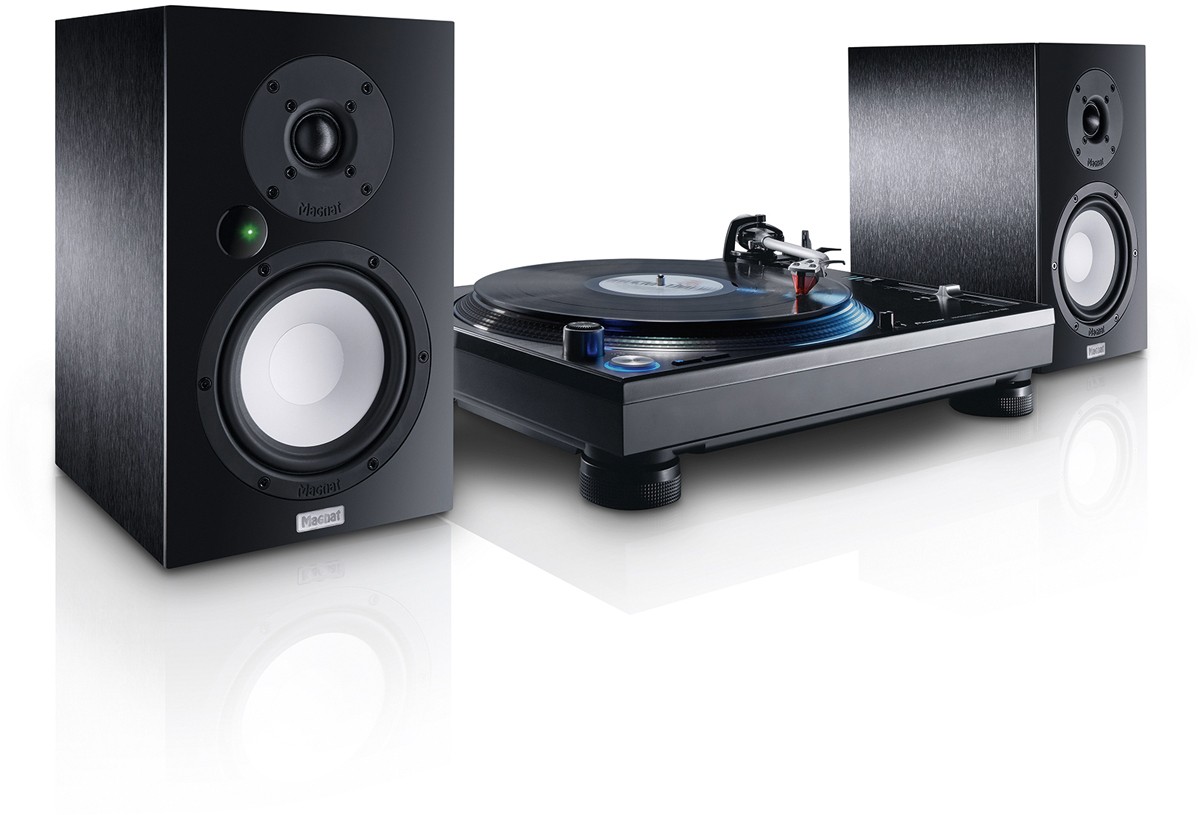 The name “‎Monitor” was not chosen by chance: the pair shows itself well at a short distance and a small spread between them. Acoustics is able to “pull” to the fore even the music in films that you previously did not pay attention to. The Monitor 220 has a precise sound with transparent highs, detailed mids and bass.

The second generation of English acoustics LS50 Wireless. KEF, along with Tannoy, use coaxial drivers, the main feature of which is the location of all emitters at almost one point. Passive LS50 speakers are very popular not only in home setups, but also in recording studios – they are often used as near-field monitors, which indicates their accuracy and neutrality in sound. The wireless version received a powerful amplifier that delivers 380 watts per channel. Although the model has an analog input, its main role is still streaming audio. KEF is equipped with a UPnP streamer capable of 24bit/384kHz audio playback, DSD up to 128 and MQA for Tidal fans (Qobuz, Spotify Connect and Deezer services are also supported). AirPlay 2, Google Cast and Bluetooth 4.2 are also in place.

Separately, let’s say about the convenience of control through the application and sensors on the top panel – it’s nice to interact with the interface. Each LS50 Wireless II speaker is a complete, self-contained sound concept that only needs to be networked. 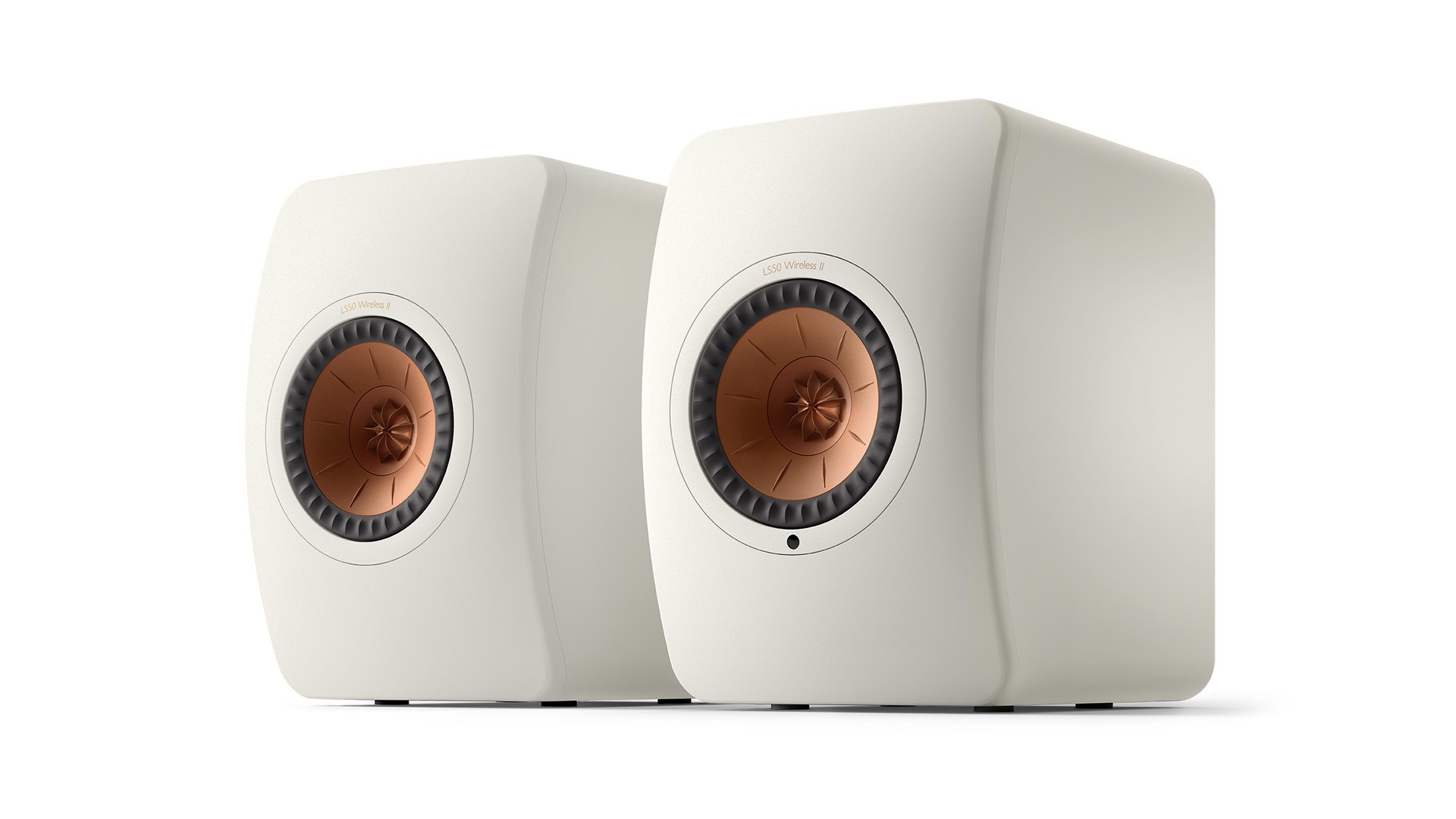 Acoustics captivates with its sound – it is very interesting to listen to it, despite the transparency and linearity. Connoisseurs of complex, multi-layered jazz will rejoice listening to this pair – all the instruments will be in front of you, as if in a live performance. The sound is collected, weighty and detailed.

Active acoustics are a good alternative to classic equipment racks. If you are looking for an easy way to listen to music in high quality, then this type of speaker is the best choice.