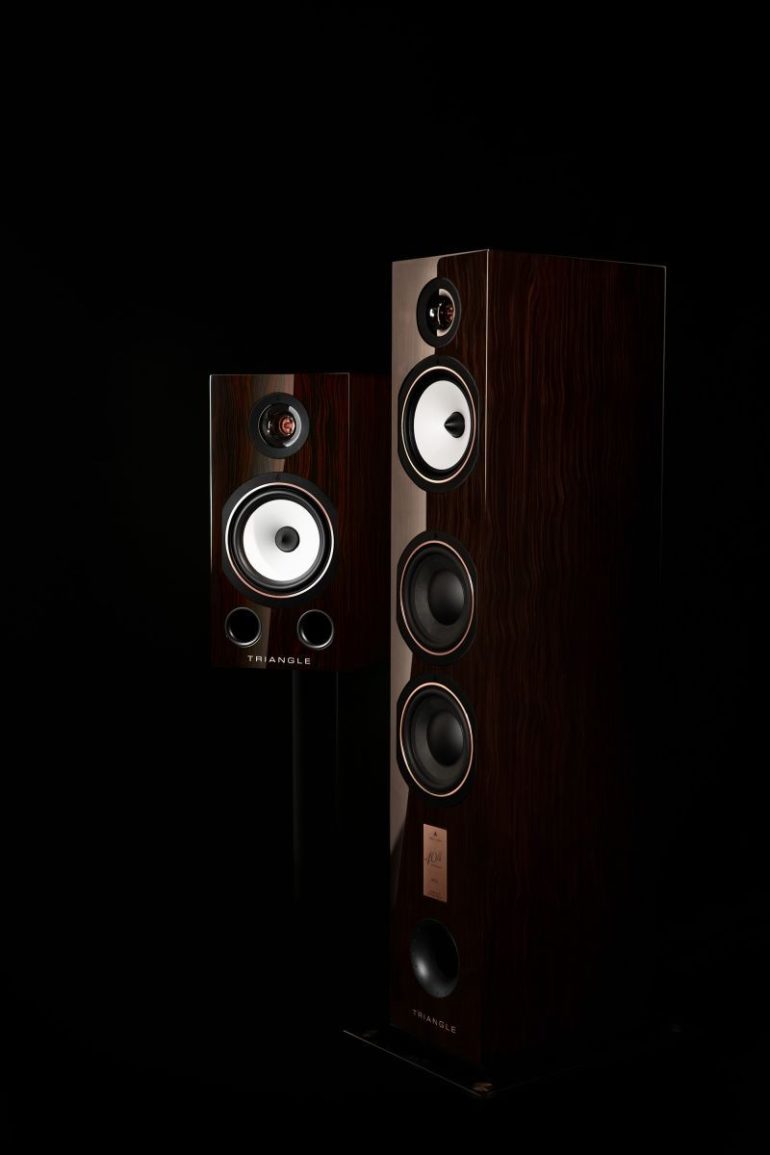 Triangle celebrates its 40th anniversary with the release of anniversary versions of two of its most popular speakers – the floor-standing Triangle Antal and the shelf Triangle Comète . The floor- standing Triangle Antal 40 th model features a three-way design in which the high frequencies are delivered by a traditional 25 mm horn tweeter with a gold-tone magnesium alloy dome. The mid-range driver features a white paper cone with a corrugated surround, while the new generation woofers feature wood pulp cones and linen and carbon fiber cones. They are fixed on wide rubber suspensions, the acoustic design of the model is a bass reflex. 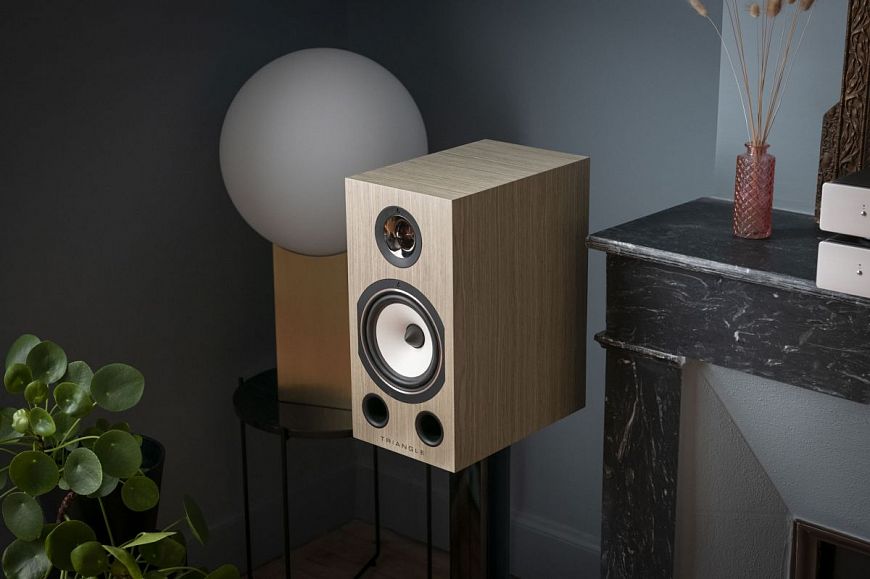 Jubilee monitors two-way Triangle Comète 40 th equipped with identical tweeter and the main mid / bass speaker has the same white diffuser, but here it is fixed on a broad suspension providing it greater linear displacement. The manufacturer assures that special attention was paid to the internal wiring and selection of filter components, in particular, high-quality metal-film capacitors and ceramic resistances were used in the crossovers. The jubilee models are assembled at the company’s factory in Soissons; the cases are finished with natural rosewood or sycamore veneer.