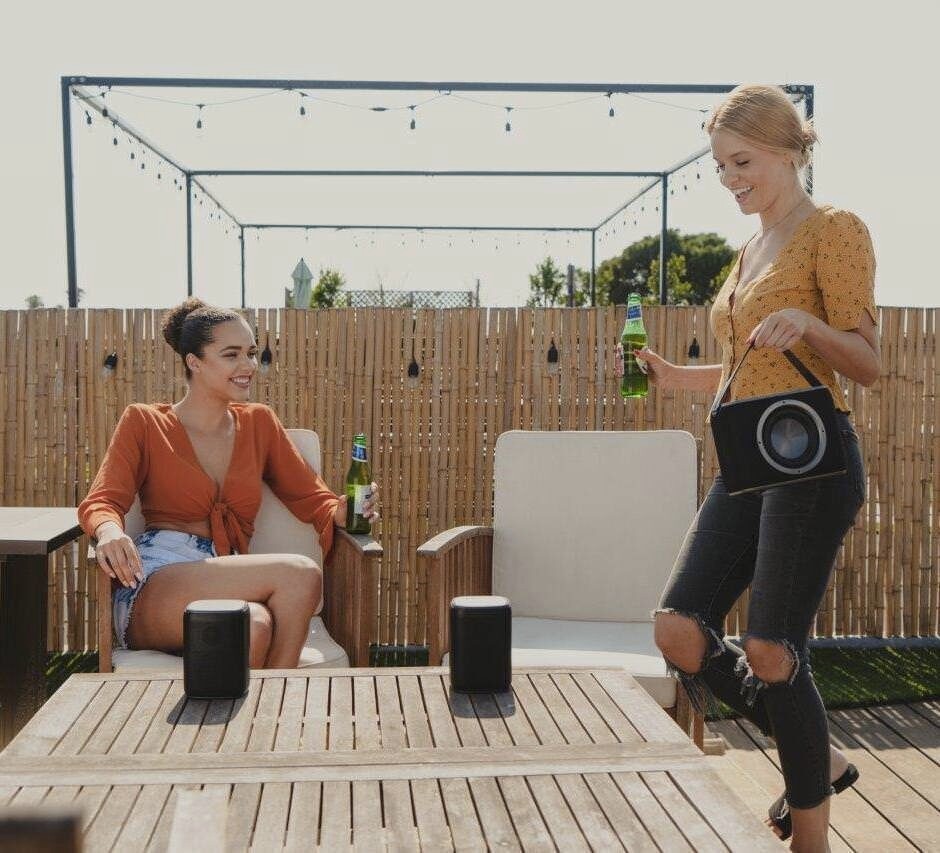 Californian company Rocksteady Corp has submitted a project on Kickstarter called ONE Rocksteady Stadium. According to the developers, this is the world’s first wireless portable subwoofer that combines the portability of a Bluetooth speaker with the capabilities of a multichannel audio system.

It is clear that at least a pair of Rocksteady Stadium speakers are required to be added to the subwoofer. The result is a portable triphonic device that can be easily transported in a bag offered separately.

At the same time, Rocksteady Corp proposed, if desired, to combine an almost unlimited number of such subwoofers and speakers into a common wireless system. The subwoofer itself is built on a 132mm woofer with a 40W amplifier.

The battery with a capacity of 15,000 mAh will provide him with about 16 hours of sound. The Rocksteady Stadium speaker is equipped with a tweeter and midrange with amplifiers of 10 and 20 watts, respectively. The operating time of the speaker is commensurate with the subwoofer.

An easy-to-use backlit touch panel is provided to control the triphonic speaker on the upper plane of the subwoofer. Pairing and connecting the system is promised in one touch. The suite supports AWSM sound authoring, which Rocksteady Corp has yet to reveal in detail.

Astell & Kern ACRO BE100: Bluetooth speaker with silk tweeters and a Kevlar woofer

In preparing the article, materials from https://stereo.ru/news/one-rocksteady-stadium-triphonic were used. Visit article here.