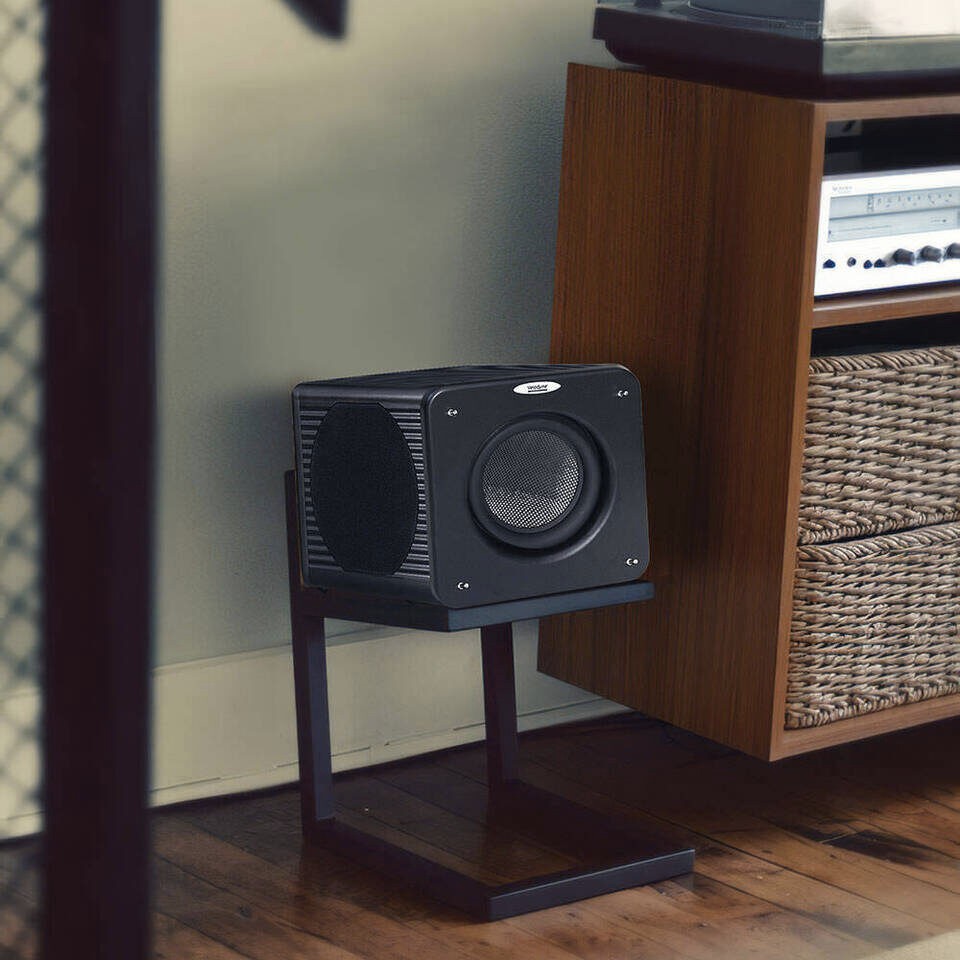 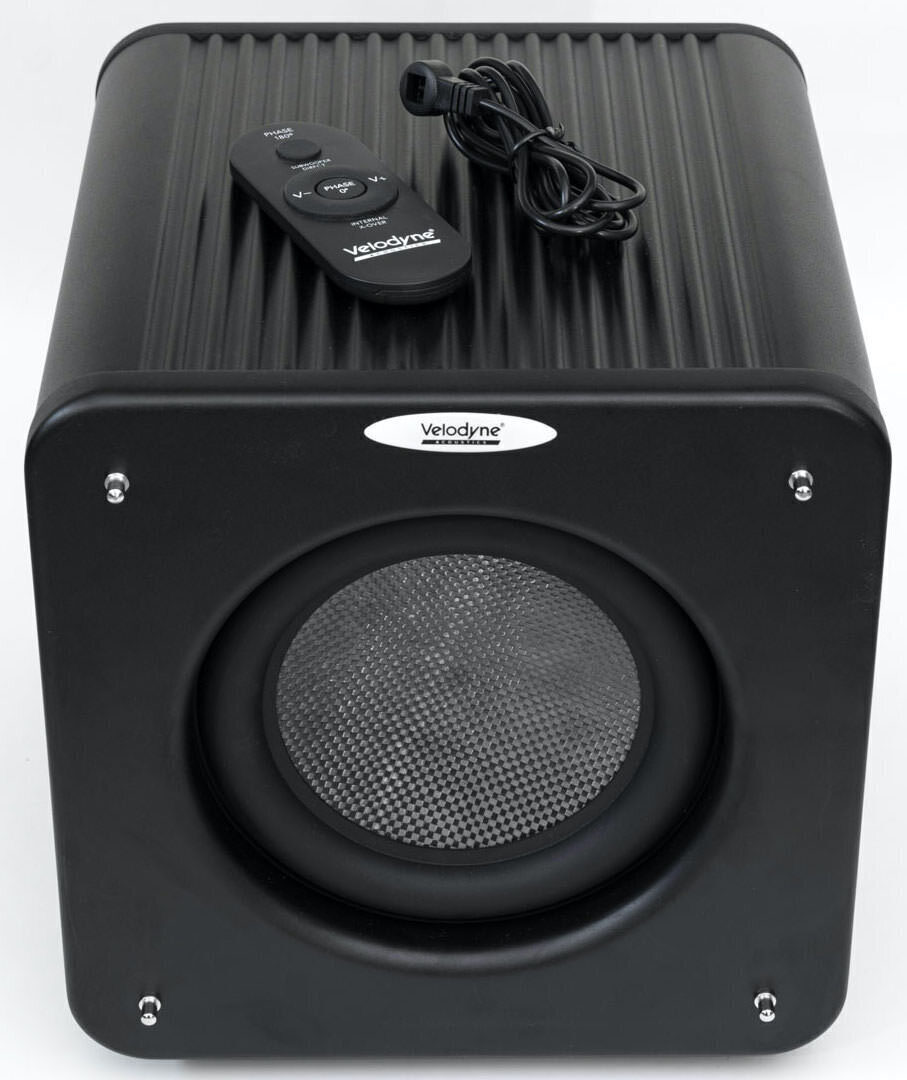 The active speaker is powered by an improved class AB amplifier. All three Velodyne MicroVee X drivers are 6.5 inches. According to Velodyne Acoustics, the bass driver installed in the MicroVee X was designed from the ground up. 3 out of 3.6 kg of its mass fell on the system of ferrite magnets.

The diffuser made of carbon composite received an external suspension made of nitrile rubber. A 2 “voice coil is wound with high purity copper wire.

The final stage of the amplifier is assembled on four high-current MOSFETs. It is capable of delivering 300W RMS and up to 800W peak power. The power supply is switched-mode, its power reserve was 650 V. The signal at the input to the amplifier is processed by DSP from Analog Devices Inc. The manufacturer also drew attention to “specially adapted EQ and limiter settings.”

The novelty can also be used in a dual version – for this, in addition to RCA inputs, there are also outputs. In addition to them, an LFE input has been added and even speaker cable terminals for connecting an external amplifier. The crossover can be turned off using the remote control – this way the tuning of the sound of the novelty will be transferred to the external processor.

The subwoofer is available not only in black but also in white. Case dimensions: only 23x23x25 cm with a weight of 9 kg.

The Velodyne MicroVee X subwoofer is already on sale in Europe for € 1,290.