Wilson Audio Alexx V: The Coolest speaker you will see this year 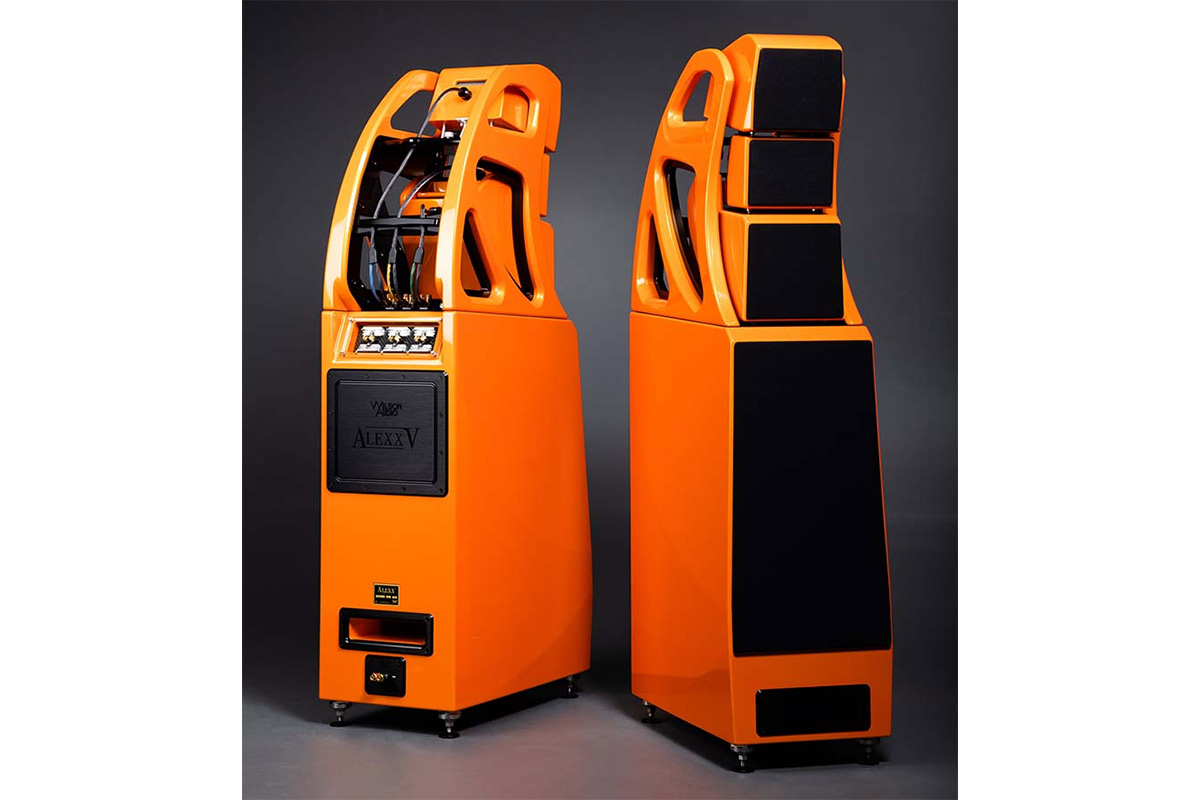 The American company Wilson Audio has officially presented a new generation of the popular Alexx model , which received the V index . Wilson Audio engineers approached the Alexx V as designing a completely new speaker system. Building on the solutions used in the original Alexx , they applied in the Alexx V technologies and elements developed in the later projects of WAMM Master Chronosonic®, Chronosonic XVX®, Sasha DAW. ® and SabrinaX . As in the original Alexx , Alexx V speakers are made in an adaptive design, when the drivers are mounted in separate enclosures, which are united by a single frame with the ability to adjust the relative position and orientation. This design allows the speakers to be tailored to the acoustics of the listening room. In addition, such a solution makes it possible not only to deeply optimize the acoustic design based on the characteristics of a particular emitter, but also to fine-tune the joint operation of the modules – moreover, both by adjusting the time shift between the emitters and by changing the directivity pattern of each speaker in order to optimize the entire system. generally. The open architecture frame, first used in the WAMM Master Chronosonic , then in the Chronosonic XVX , is now also implemented in the Alexx V acoustics . This solution not only improves the appearance of the speaker, giving the design an airiness, but also, importantly, increases the overall rigidity of the upper part of the structure for greater fidelity. In addition, the easy access to the top modules allows for quicker set-up. As with the original Alexx , different speakers are used to serve the most important midrange range for hearing. The first 7 ” emitter was developed for the Chronosonic XVX and features a QuadraMag magnet system that combines four separate magnets in an innovative quadrature structure. The second, with a diameter of 5.75 inches, was used in the original Alexx , and was first used in the Sabrina model…. This pair of mid-range drivers expands the frequency range they serve in the most important listening area. Moreover, within this range, it has become easier to distribute the interaction between two different emitters, operating with their different properties. The Wilson Audio developers have managed to achieve perfect matching and coherence of radiation from these drivers. Loudspeakers Alexx V equipped with new tweeter Convergent Synergy® Carbon (CSC), which is based on the high-frequency emitter  Convergent Synergy , which is worked in Alexx , but with a new rear chamber. This carbon fiber structure is entirely in-house manufactured by Wilson Audio using multiple 3D printers. The low-frequency range is assigned to woofers with a diameter of 10.5 and 12.5 inches, originally developed for the older WAMM Master Chronosonic model . These bass drivers incorporate the latest in Wilson Audio bass reproduction. As a result of optimizing the Alexx V enclosure , the internal volume of the LFO has increased significantly (+ 16%) compared to the original Alexx . As a result, the internal volume of the low-frequency module of the Alexx V loudspeakers is almost equal to that of the Chronosonic XVX model .

Advertisement
X
Subscribe to get the best Tech news and reviews of the week.
By signing up, you agree to our Privacy Notice and European users agree to the data transfer policy.
Close
03/29/2021