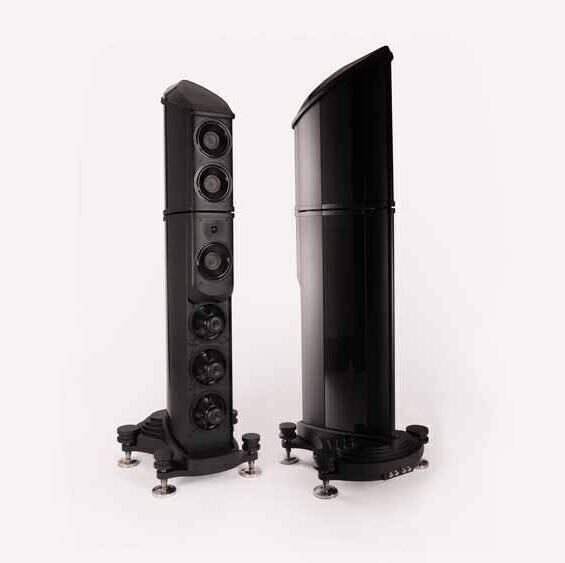 South Yorkshire-based British hi-fi brand Wilson Benesch has unveiled the Omnium 2.5-way floorstanding speaker. It’s a tribute to the modular design that Wilson Benesch launched their Odyssey line back in 2001. Modularity in this case provides additional convenience: it is much easier to carry a 140 kg column in parts (110 + 30 kg).

Wilson Benesch Omnium cabinets are the result of 4 years of work in the pan-European SSUCHY project (stands for “sustainable structural and multifunctional biocomposites from hybrid natural fibers and bio-based polymers”). The result is the ACT 3Zero Monocoque, Omnium’s largest part, “an advanced closed-loop composite construction.”

Wilson Benesch noted that in addition, the ACT 3Zero monocoque provides an order of magnitude better damping performance than the previous generation ACT. In addition, the production of 3Zero takes half the energy.

The Wilson Benesch Omnium features a proprietary Fibonacci Tweeter based on the tweeter design of last year’s Semisphere systems. The dome is made from a combination of silk and carbon fibre. The driver itself with a patented neodymium magnet is mechanically decoupled from the housing.

The waveguide shape contributes to ultra-wide dispersion and matching with the Tactic 3.0 midrange driver. Equipped with a polypropylene cone, the Tactic 3.0 is directly connected to the amplifier without a crossover, eliminating phase distortion.

In the low-frequency range, Omnium has Isobaric Drive Systems. A pair of woofers is combined into a common “push-pull” system, in which the rear speaker provides the front speaker with constant pressure behind its cone.

Of the 140 kg of Omnium, almost 40 are on the aluminum support. These stands are handcrafted and follow the design found on the larger Eminence systems. As a result, the sensitivity of Wilson Benesch Omnium reached 89 dB. The frequency range 28 Hz – 30 kHz is worked out with an unevenness of ± 2 dB.

In the UK, the MSRP for a pair of Wilson Benesch Omnium speakers was £98,000.