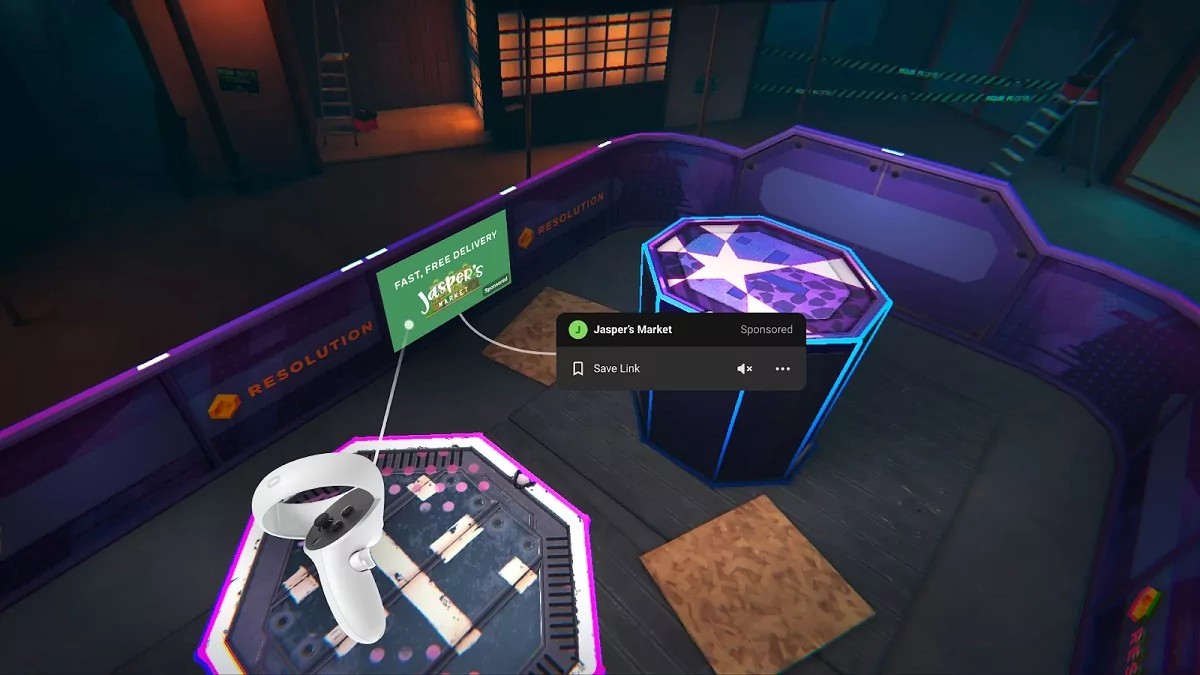 Facebook representatives announced on their official blog that in the near future, ads placed directly in virtual reality will appear in games and applications of the Oculus Quest platform. At the same time, the developers will use the information obtained from the user’s profile on the social network to form advertising campaigns – this, according to representatives of Facebook, is a key element in creating a self-sufficient entertainment platform.

And, of course, now it became clear why, a year ago, the owners of Oculus headsets were forced to log into the account of this social network.

When creating targeted advertising, the system will use not only information from the user’s profile, but also data about which advertisement the person has already clicked on, which applications he has viewed or installed. At the same time, Facebook emphasized that no confidential materials from the user’s profile will be used for advertising purposes – we are talking about personal correspondence, conversations, data about gender, height or weight.

And thanks to banner ads that will appear in virtual reality, game and app developers will be able to earn money for views or clicks – just like with standard banner ads on websites.

Naturally, Facebook will take some of the money earned for itself – this is also a standard practice. Moreover, the developers have already shown how advertising in games will look like on the example of the Blaston project – there are banners on flat surfaces in certain locations of the game, by clicking on which you can go to the website or order a service (there is no function to completely disable the banner).

So far, no other types of advertising have been demonstrated on Facebook, but the company has already announced that work is underway to create a new format for virtual reality.

Advertisement
X
Subscribe to get the best Tech news and reviews of the week.
By signing up, you agree to our Privacy Notice and European users agree to the data transfer policy.
Close
06/17/2021