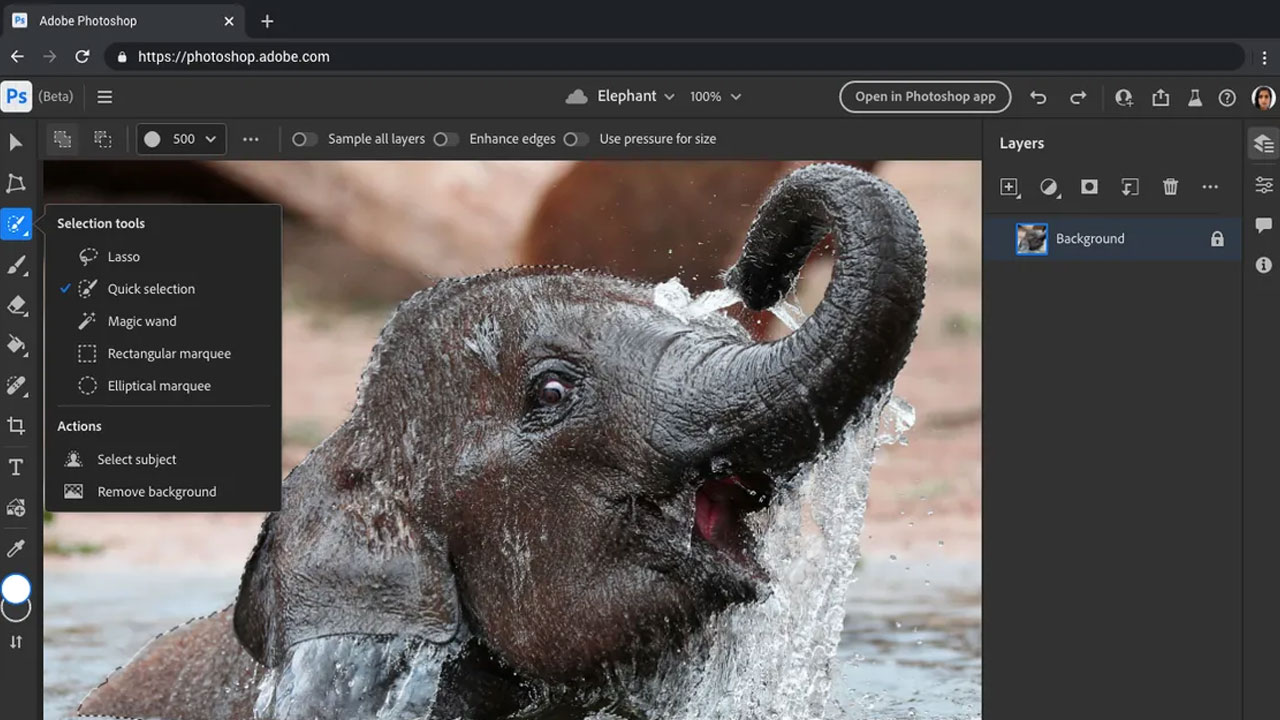 The same company describes the service as “Freemium” and eventually plans to reserve some features for paying subscribers. The goal is to expand Photoshop’s reach in terms of users, providing a taster of everything the app can do in hopes of gaining more subscribers. Another advantage of the web version is to bring Photoshop to less capable devices, such as Chromebooks or mobile phones, since the processing happens in the cloud.

It should be noted that this web version of Adobe Photoshop was released in October of last year; but until now it was reserved for Adobe Creative Cloud subscribers and was more of a collaborative tool that allowed group editing and annotation.

Since then, the service has evolved and received features from the desktop version until it became what it is today. Additionally, the web version will also receive mobile support for reviewing and commenting on images. However, from what we’ve seen, it still lags behind its desktop counterpart in terms of tools, so it ‘s far from the complete package.

With all that said, Adobe has not yet confirmed when the web version of Photoshop will be available to everyone , so it’s time to wait for now.

Adobe Creative Cloud may be many things, but cheap isn’t one of them; naturally this stops many users from giving the company’s flagship program a chance. But this web version has the potential to change that and attract new users who are fond enough to purchase a subscription to Adobe’s service.