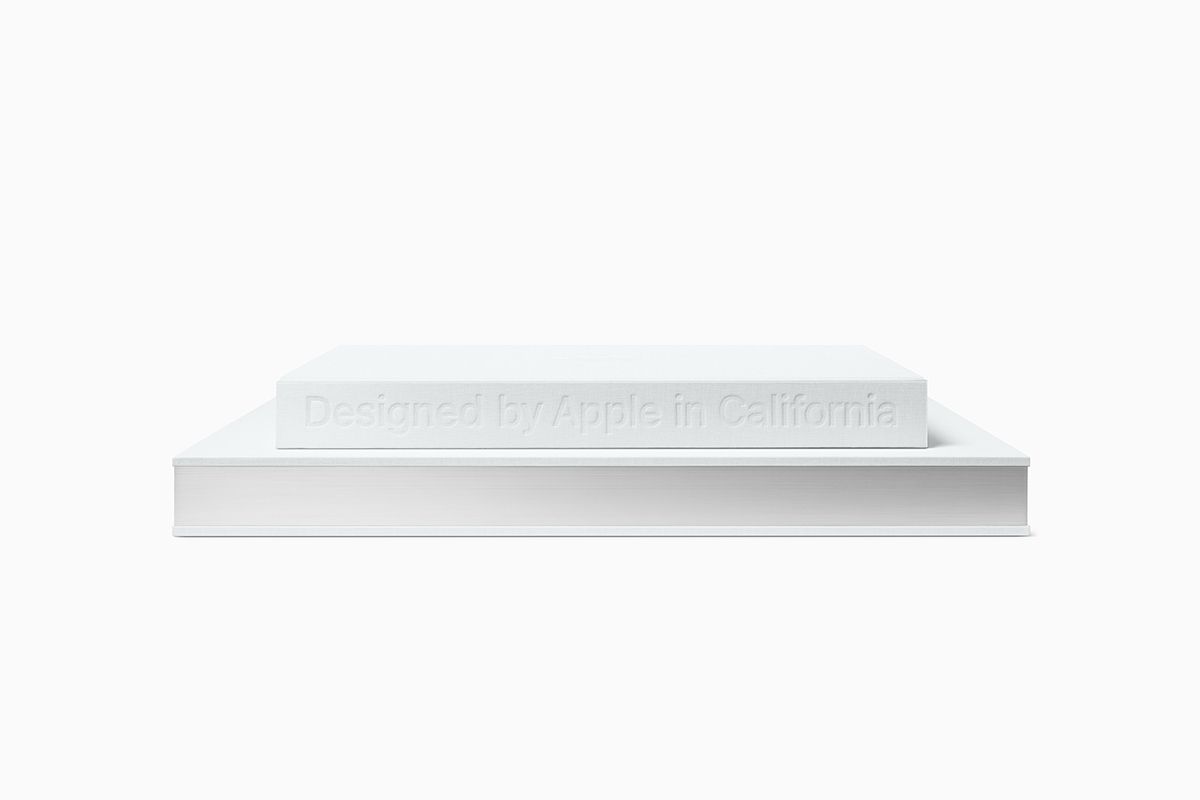 Apple has always emphasized the depth of thought behind the design of its products. In the foreword to the 2016 photobook Designed by Apple in California, Jony Ive, the company’s former chief design officer, explained that the company strives to “identify objects that seem effortless” and make them “so simple, consistent and inevitable that they have no rational alternative.” 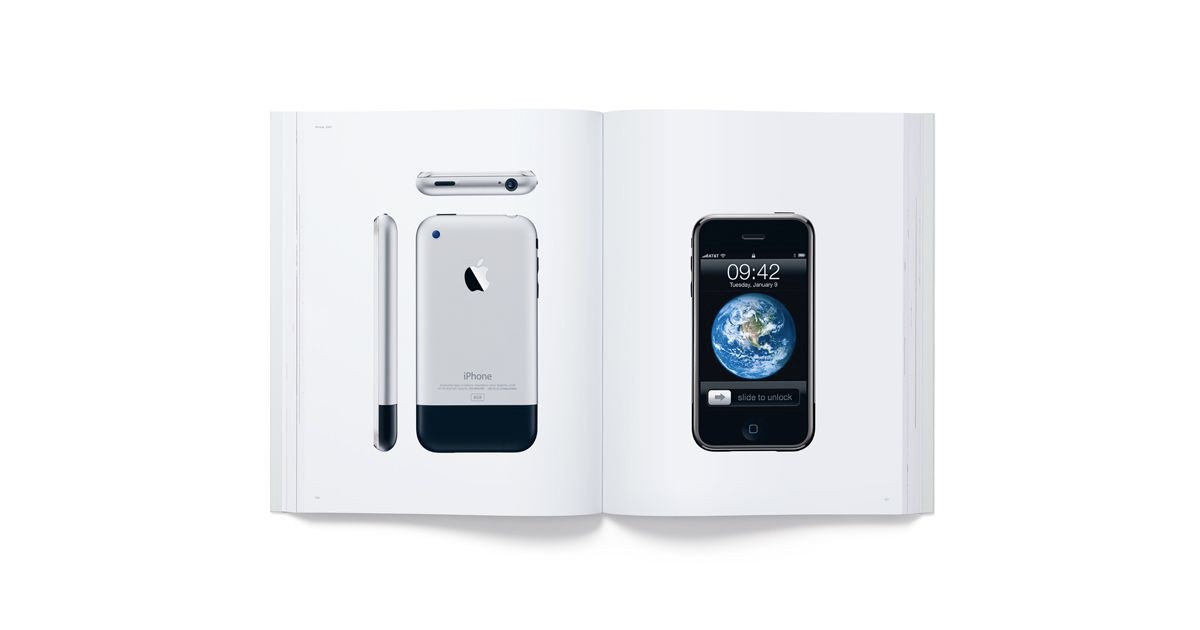 However, even Apple makes mistakes from time to time, and some of the company’s products annoy users, and sometimes even lead to the impossibility of fully using certain solutions. In this article, we have selected seven of the most dubious elements in recent years. Be sure to share your opinion in the comments, if you disagree with something, it will be interesting to discuss. Go!

In 2015, Apple’s branded mouse with a touch surface was updated. The key change in the Magic Mouse 2 is that the AA battery compartment has been replaced by a built-in rechargeable battery. 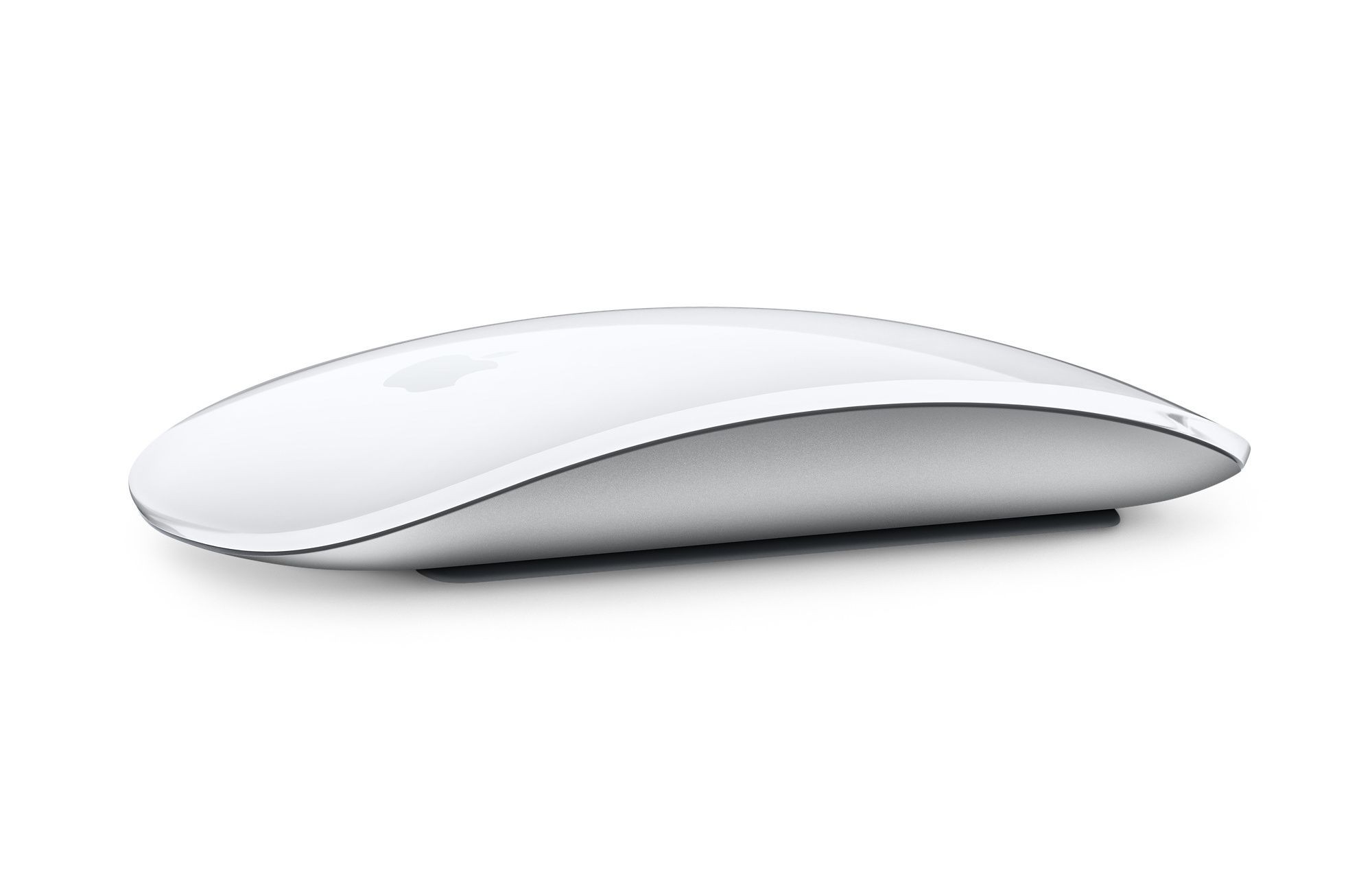 The seemingly smooth curves, glossy finish, and aluminum base allowed the mouse to continue to be Apple’s iconic design. But only until the moment when someone decides to charge it. The thing is that the Lightning port is located at the bottom, respectively, the cable inserted into the mouse not only looks strange, but also does not allow you to use the mouse while charging. 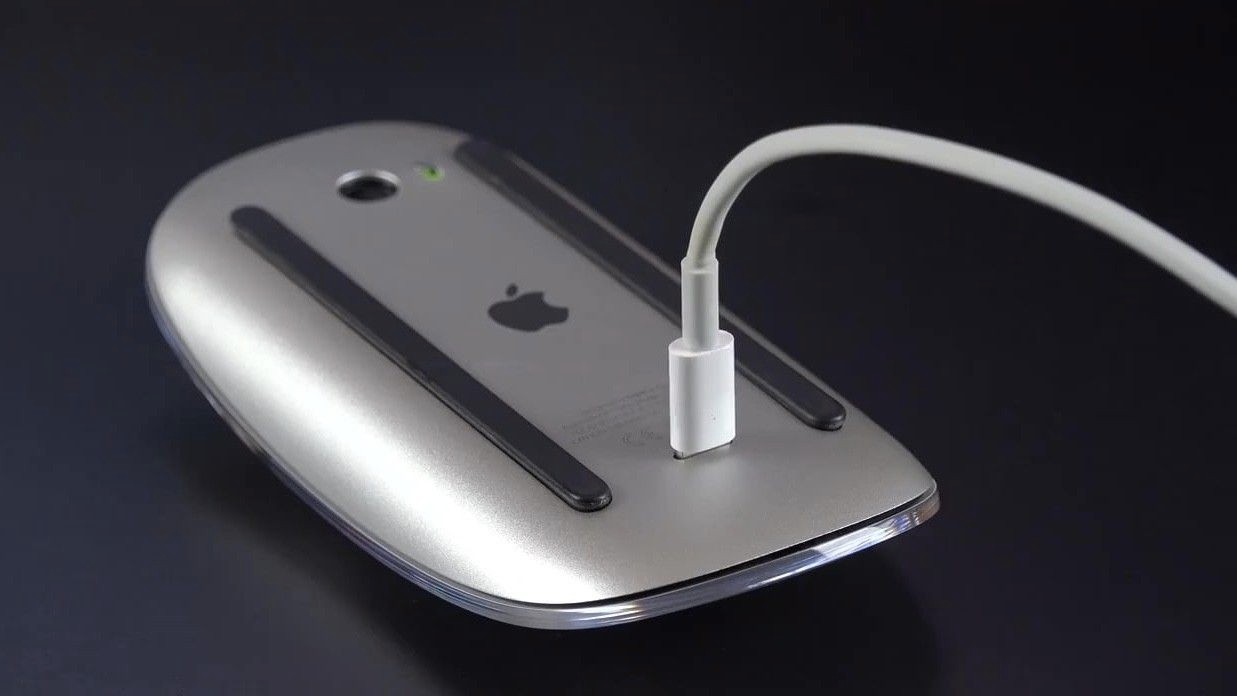 It’s likely that Apple could place the connector on the front of the accessory, like most other wired and wireless devices, to get rid of these restrictions. But no. Ergonomics and common sense were sacrificed to preserve the original design.

Interestingly, in April 2021, the Magic Mouse 2 had a slight restyling. The mouse has received several new colors to match the new multi-colored iMac. But the charging port remained in the same place. It turns out that 6 years after the release, Apple still does not see this as a problem. Well, then I will turn the Magic Mouse over, and again the third of September …

Also in 2015, Apple introduced the 4th generation Apple TV, the first branded tvOS-based set-top box. Together with it, the remote control was also massively updated, which received a whole carriage and a small cart of user complaints. 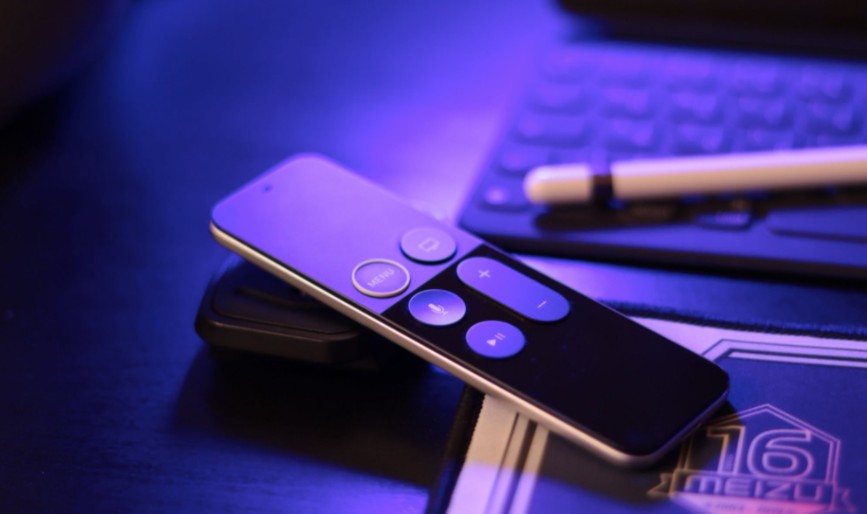 First complaint: it is too small and thin. Especially when compared to more classic TV remotes. The accessory not only takes a long time to get used to, but is also constantly lost, falling into the cracks of the sofa or disappearing between the pillows. As weird as it sounds, attaching an AirTag to it doesn’t sound like such a crazy idea. And the remote control is black and without backlight, which makes finding it in the twilight a non-trivial task.

The second complaint: unintuitive control using a clickable touchpad at the top of the remote control with a fairly high sensitivity. If you do not reduce it in the settings, then you can periodically catch yourself thinking that you are not controlling a TV set-top box, but playing curling.

The third claim: the strange arrangement of the keys. And if you can somehow put up with the constant activation of the search / Siri instead of moving to a higher level, then the absence of such familiar keys as Mute or on / off at first leads to a stupor. 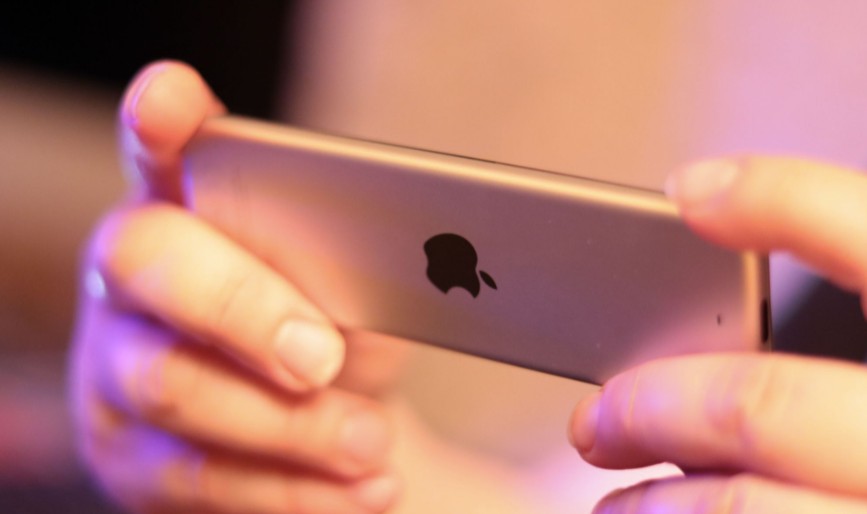 The fourth claim: excessive perfectionism and absolute symmetry. Confusing one end of the remote with the other in the twilight is a common thing, as is trying to plug the Lightning cable for charging into the infrared port located on the opposite end of the accessory.

This is another Apple accessory, released in 2015 and still not out of production. The first Apple Pencil can be safely called the “brother in misfortune” of the Magic Mouse 2, because it also has the most controversial charging method. 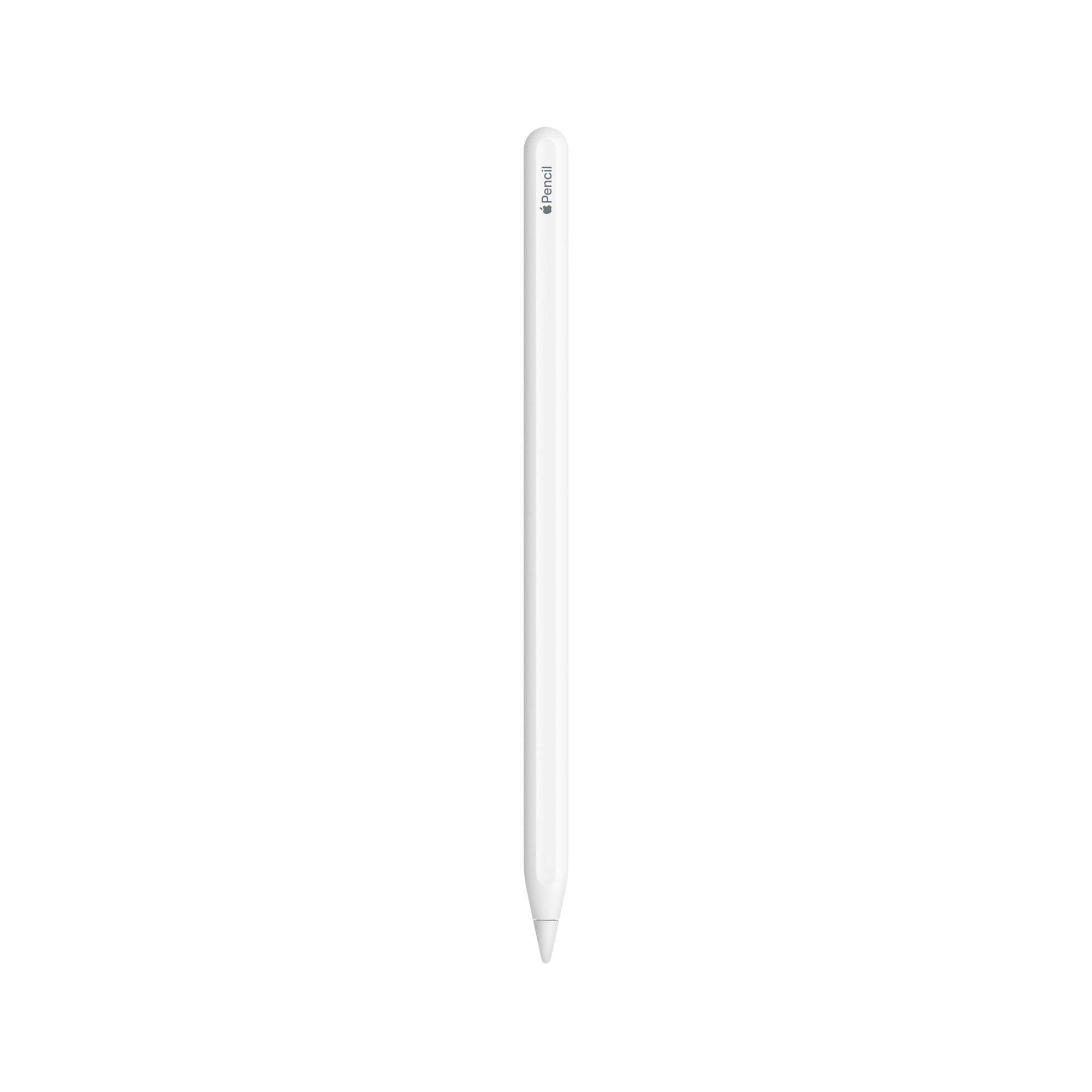 To power the stylus, you need to remove the cap at the top and plug it into an iPad with a Lightning connector. Naturally, it will stick out a good two-thirds of the tablet case to the side.

Yes, the Apple Pencil charges fairly quickly, offering about 30 minutes of use after a 15-second charge. But you can’t get around the fact that it looks too strange, especially since you won’t be able to charge the tablet and the stylus at the same time. And this method of charging can also damage the connector or stylus if you carelessly move near this design.

After 7 years, the original Apple Pencil is still the only available stylus for the current 9th generation iPad, as well as some tablets from previous years. The current iPad Air, iPad Pro and iPad mini lines are compatible with the second generation of the stylus, which has magnetic charging from the end of the tablet, which undoubtedly looks much more aesthetically pleasing.

At the end of 2020, Apple introduced premium AirPods Max headphones, which caused a storm of controversy on the Web. One of the main topics of these discussions was the Smart Case that comes with the headphones. 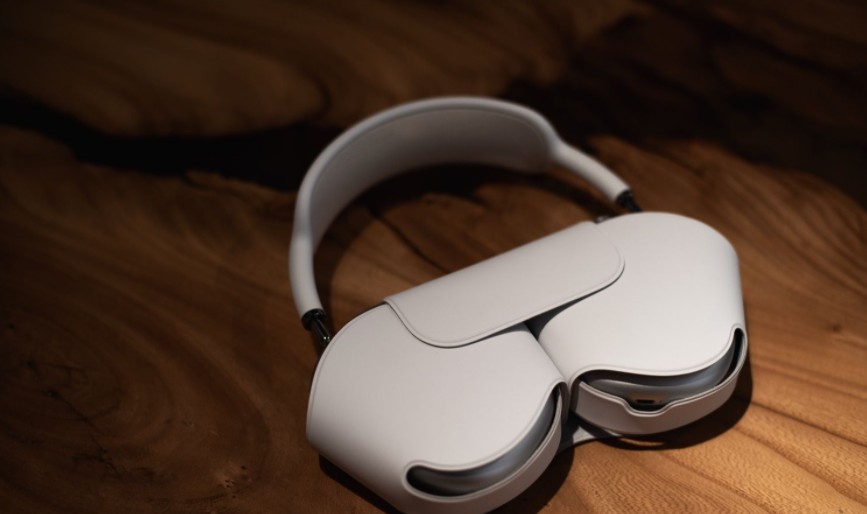 Smart Case immediately spawned an avalanche of memes, in which the case was compared to all sorts of things – from handbags to underwear and even some parts of the body. 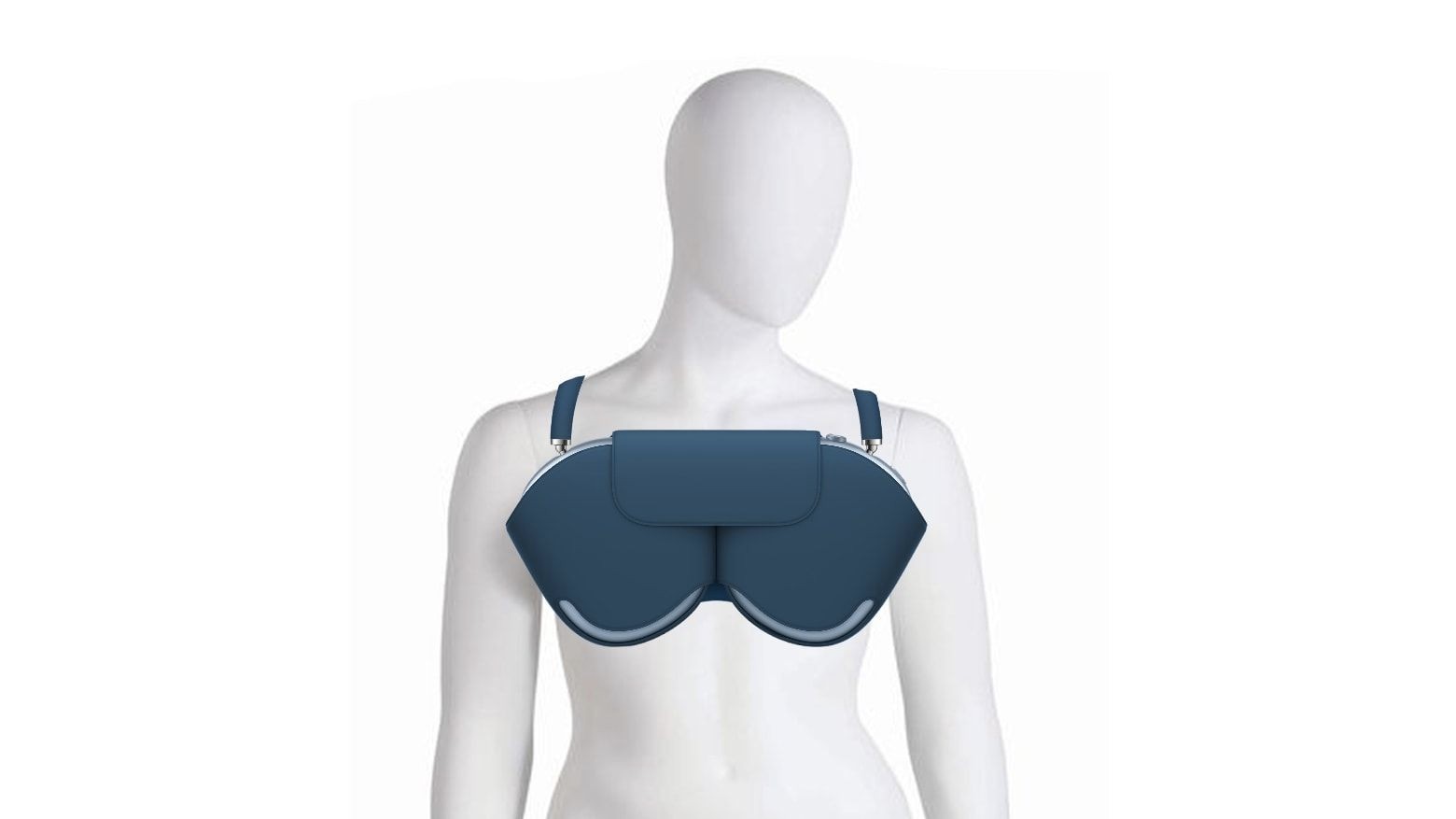 According to Apple, it is designed to put the AirPods Max into an “ultra-low power mode that helps conserve power while the headphones are not in use.” Of course, this is a necessary thing for headphones that do not have a corresponding switch, but the controversial look of the cover is not its only problem.

The Smart Case turned out to be an almost completely useless accessory to protect the headphones from external damage. In them, AirPods Max cannot be simply thrown into a backpack along with a mountain of other things and be sure that nothing will damage them. By the way, premium full-size headphones from other brands, as a rule, are equipped with a hard case, which just protects the body of the headphones during transportation. With AirPods Max, it’s time to think about a third-party accessory, since their manufacturers quickly added them to their range.

In 2015-2016, Apple seriously updated the line of laptops, introducing the MacBook and MacBook Pro with a new keyboard mechanism, dubbed the “butterfly”. The keys had a very short travel, a pleasant response and were really comfortable for high-speed typing. However, a little later, the “butterfly” was called one of Apple’s worst design decisions, and all because over time, such a record-breaking short key travel led to sticking or even to the absence of individual switches. 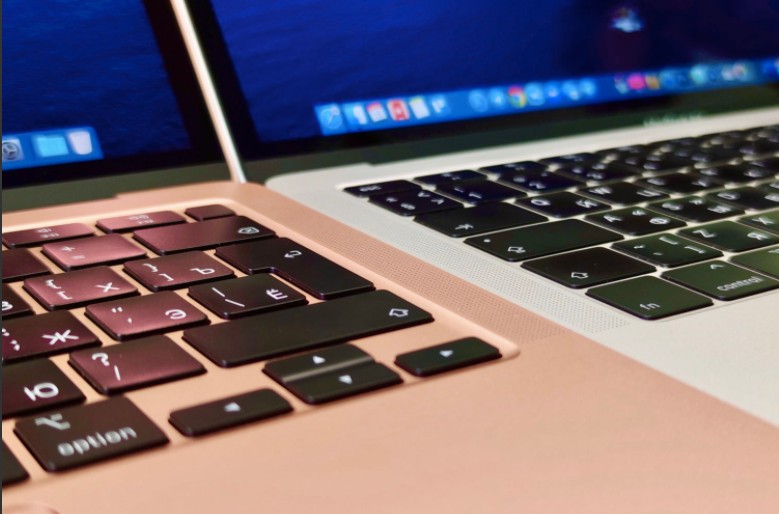 The mechanism was so delicate and fragile that the smallest grain of sand that got into the gap between it and the case could damage the key. The keyboard required special attention – periodically it was necessary to blow it with compressed air so that everything worked correctly. However, after a while, this stopped helping, so the MacBook had to be carried to a service center to replace the entire topcase. And then for some it was a temporary solution – there was always a risk of repeating the procedure after a while.

Apple has not been able to globally resolve the issue with the “butterfly”, despite the fact that it has already released three generations of keyboards with this mechanism. But it launched a program for free maintenance of such keyboards for 4 years from the date of purchase.

It is noteworthy that in March 2019, The Wall Street Journal published an article entitled “Appl Still Hasn’t Fixd Its MacBook Kyboad Problm” , which was written by Joanna Stern on a MacBook with a “butterfly”. To draw attention to the problem, the journalist deliberately did not correct the typos, namely, return the letters missed due to the incorrect operation of the keyboard.

Apple fans breathed a sigh of relief when the MacBook Pro 16” went on sale in 2019 with the old-new Magic Keyboard and the return of the classic scissor mechanism. The following year, the “butterfly” was replaced in other laptops of the company.

In 2013, during the announcement of the Mac Pro, Phil Schiller said his legendary: “Can’t innovate anymore, my ass” (“No more innovation, yeah, of course”). The scathing line went down in history alongside Steve Jobs’s “You’re just holding your iPhone wrong” in response to complaints about the iPhone 4’s reception, and it was directed primarily at the “sofa critics” who claimed that Apple had abandoned its professional audience. and that she had run out of ideas. 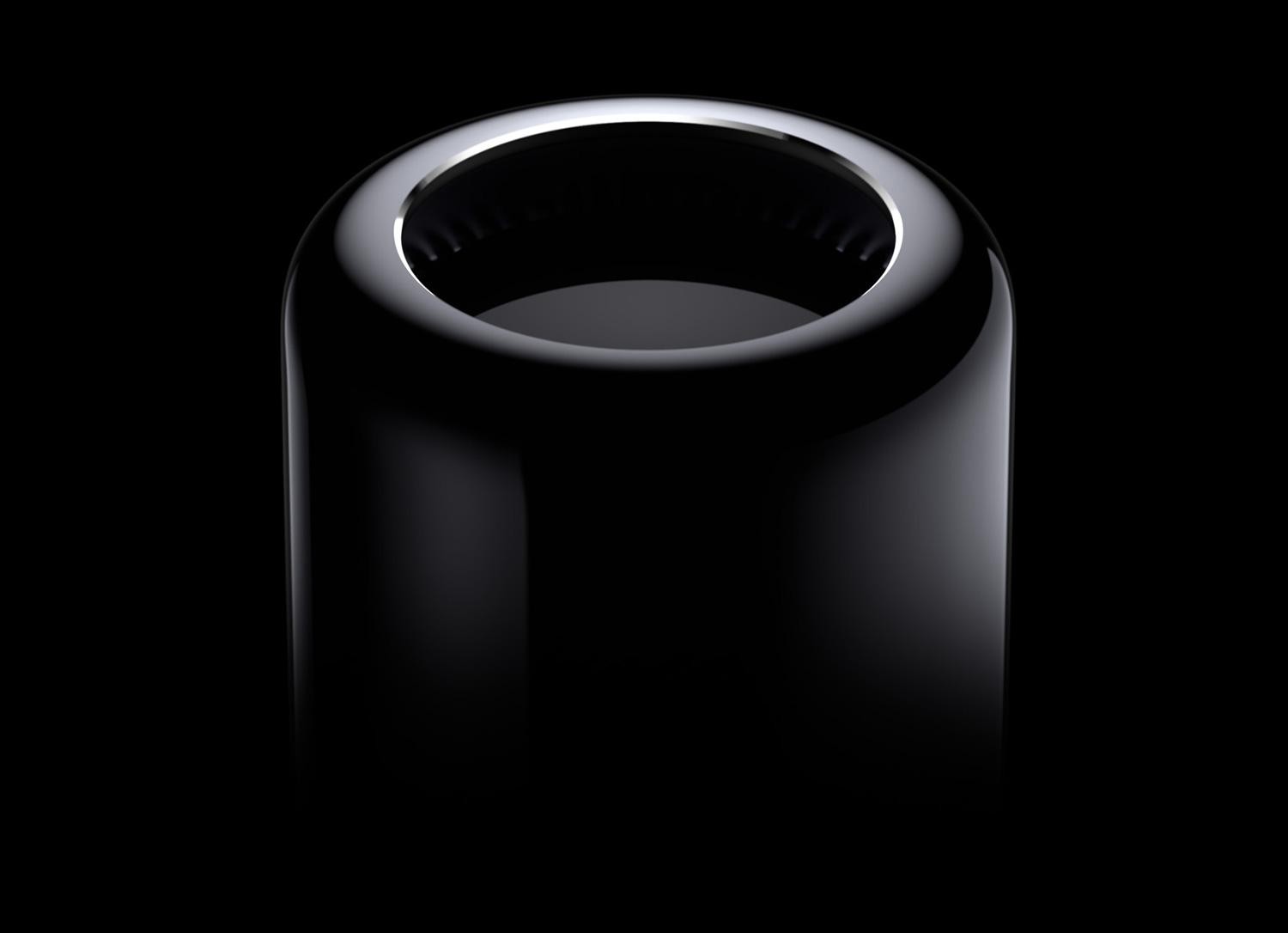 Apple truly believed that its radical vision for the future of professional desktop computing proved the naysayers wrong. After all, the 2013 Mac Pro had twice the performance, while taking up less than 12.5% ​​of the volume of the previous model thanks to a unified thermal core. All of the computer’s components were cooled by a single large fan at the top that can spin slower than smaller coolers, keeping it quiet under heavy load.

At the same time, Intel Xeon processors were combined with two AMD FirePro graphics processors, which allowed the compact “system unit” to provide computing power of 7 teraflops. However, the device, amazing from an engineering and design point of view, had one significant drawback – such an arrangement did not allow for an independent upgrade, for example, replacing a video accelerator or adding RAM, which disappointed professionals. It seems that even Apple did not know how to upgrade this generation of Mac Pro, since from 2013 to 2019 there was not a single update in this case in 6 years. 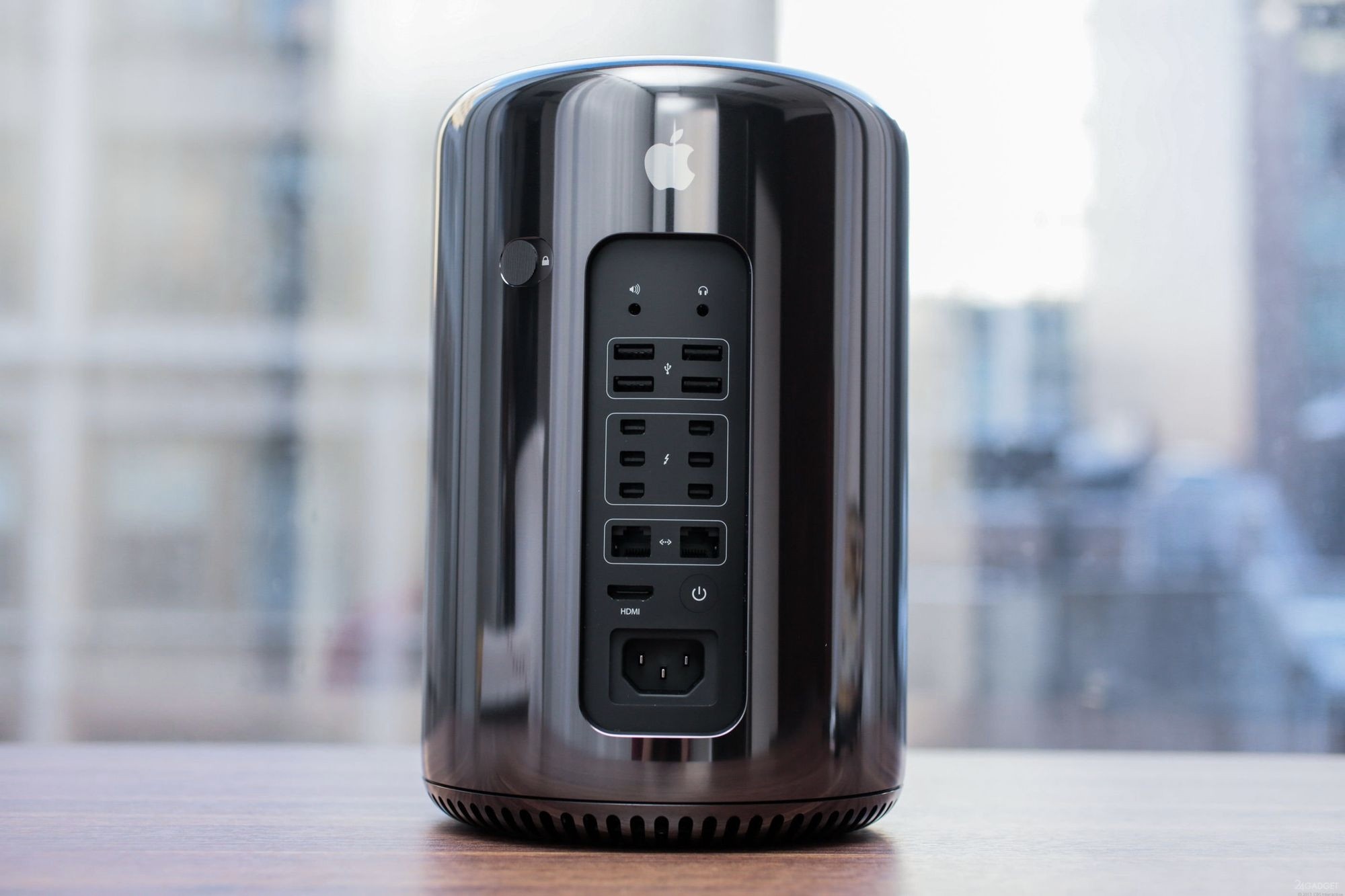 At the same time, the company clearly understood what kind of criticism the Mac Pro redesign caused and, as a result, sacrificed its principles. Traditionally, Cupertinians keep all future products a secret and never comment on plans for their release. However, in 2017, at a meeting with reporters, Apple executives apologized and admitted that the Mac Pro (2013) was a mistake, and also said that they were developing a new modular Mac Pro, similar to the one sold before 2013. Two years later, Apple fulfilled its promise, and the “trash can” (with which it was compared by memomodels) went to rest.

In 2016, Apple introduced new, even thinner and lighter MacBook Pros, one of the features of which was the Touch Bar instead of the functional row of keys. It would seem that a brilliant idea is to make an interactive display instead of 13 physical keys, the elements on which appear depending on the open applications and the tasks that you perform in them. Moreover, the OLED display integrated into the keyboard in 2016 looked as futuristic as possible. 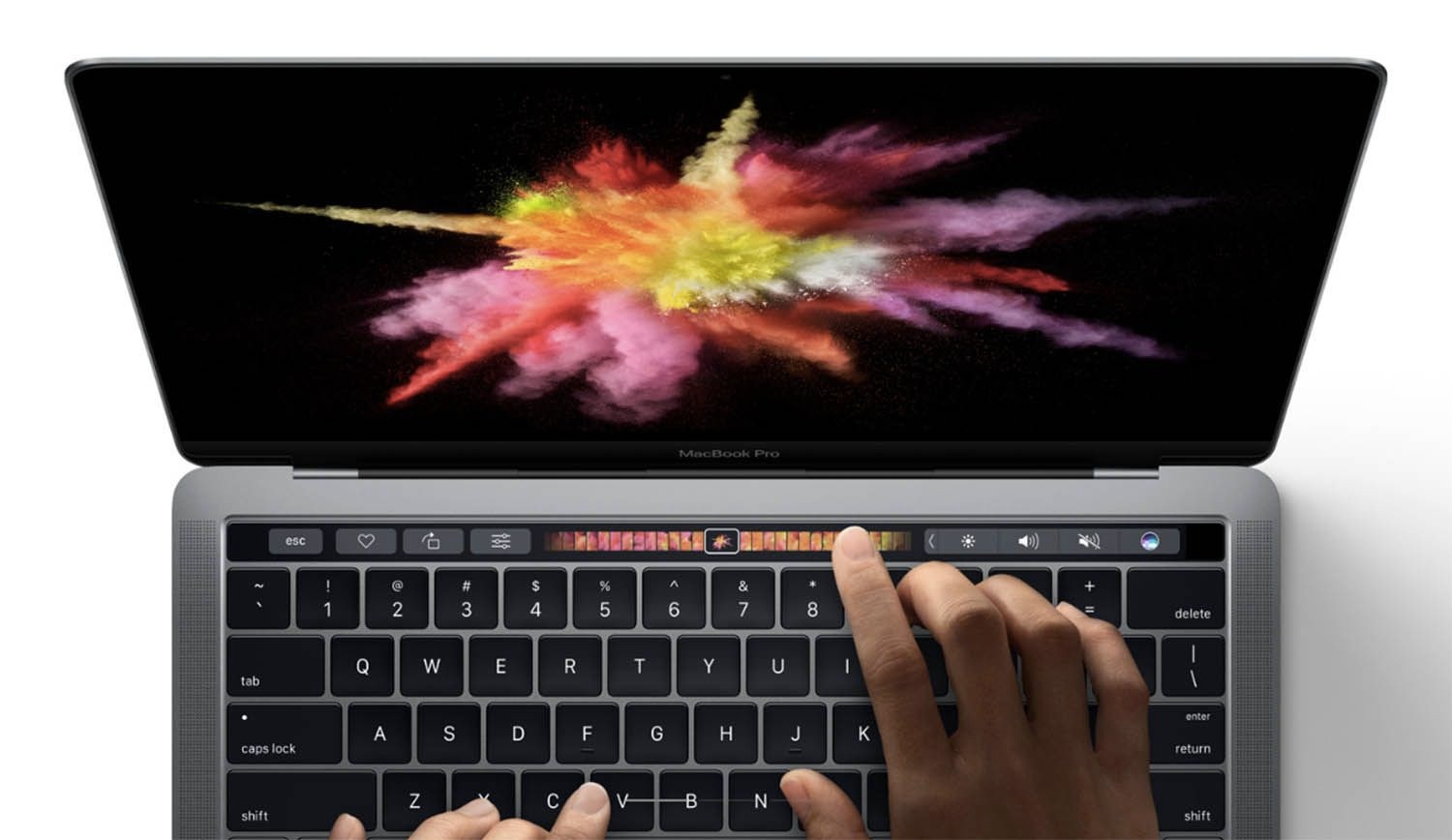 However, users for the most part did not appreciate the innovation. One of the reasons is that professionals often use keyboard shortcuts, including the function row. Habit is a serious matter and it was probably not worth trying to retrain the pros. However, the Touch Bar didn’t get a physical response like the iPhone’s Taptic Engine, so it annoyed many even in classic mode, when the display showed 13 virtual buttons. In general, not everyone managed to get used to the Touch Bar, and even more so to experience the comfort of using it.

In 2019, the 16” MacBook Pro, and then the 13” MacBook Pro, shortened the Touch Bar, returning the physical Escape key, and in 2021, with the release of the MacBook Pro in a new case, the touch strip completely disappeared into oblivion – users breathed a sigh of relief. Although, in fairness, it is worth noting that on the Web you can also find Touch Bar fans who are sincerely upset by its absence in new products.