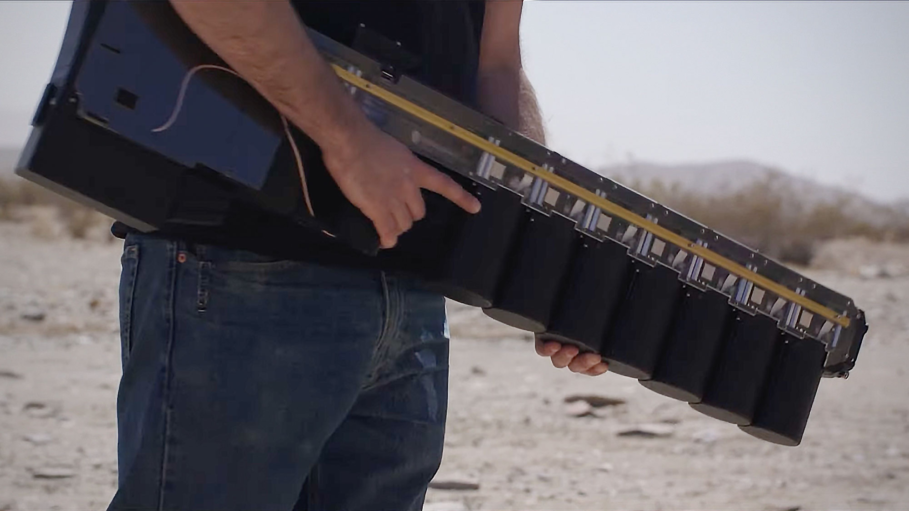 According to the South China Morning Post, experts at the Naval Engineering University in Wuhan have used neural networks to develop electromagnetic weapons. This allowed them to create the most powerful Gauss cannon.

The peculiarity of such weapons is the ability to conduct silent firing with low recoil, even in space. In this case, the energy of the shot can be increased by simply lengthening the barrel with coils.

The South China Morning Post emphasizes that the energy efficiency of Gauss cannons is very low. The same American GR-1 Anvil, which is the world’s first hand-held electromagnetic weapon, provides a shot energy of only 85 joules, which is no higher than the level of an air pistol.

According to the assurances of Chinese experts, the first samples of their Gauss cannon were similar to the GR-1 Anvil. However, the neural network began to develop more compact and optimized options that allow increasing the effectiveness of the weapon several times.

As a result, the engineers received a pistol with a barrel length of only 12 cm with an energy of up to 150 joules – this is already the level of small-caliber firearms.

Now experts in the Chinese navy are using AI to develop shipborne electromagnetic railgun cannons, which propel a projectile with two conductive “rails” instead of coils.

Such a weapon is capable of shooting at 150-200 km, while the projectile speed can exceed 6000 km / h. In fact, this is an analogue of hypersonic missile weapons.