Are people concerned about privacy? DuckDuckGo search engine popularity grows by 47% in 2021 ARE PEOPLE CONCERNED ABOUT PRIVACY? DUCKDUCKGO SEARCH ENGINE POPULARITY GROWS BY 47% IN 2021

Privacy-focused search engine DuckDuckGo continues to grow rapidly. Today, it processes an average of more than 100 million requests daily, which is 47% more than last year. Unlike other search engines, DuckDuckGo does not track search queries or user activity on sites. And instead of creating an account to display targeted ads, search engine pages display contextual ads based on the keywords found. Simply put, if the user is looking for TVs, then this query will not be used to display such ads on other sites. The system uses the DuckDuckBot spider to crawl sites and retrieves data from 400 sources, including Wikipedia, Bing, Yahoo! and Yandex.

While Google remains the dominant search engine, DuckDuckGo has seen impressive growth year after year. In 2020, the system received 23.6 billion requests, and in 2021 – 34.6 billion. At the moment, it has an average of 100 million searches per day. Regardless, DuckDuckGo still holds only 2.53% of the total search engine market share. Yahoo! – 3.3%, Bing – 6.43%, Google – 87.33%. However, as people continue to become frustrated that their data is being used by tech giants, it is likely that the popularity of confidential search engines will only grow in the future. 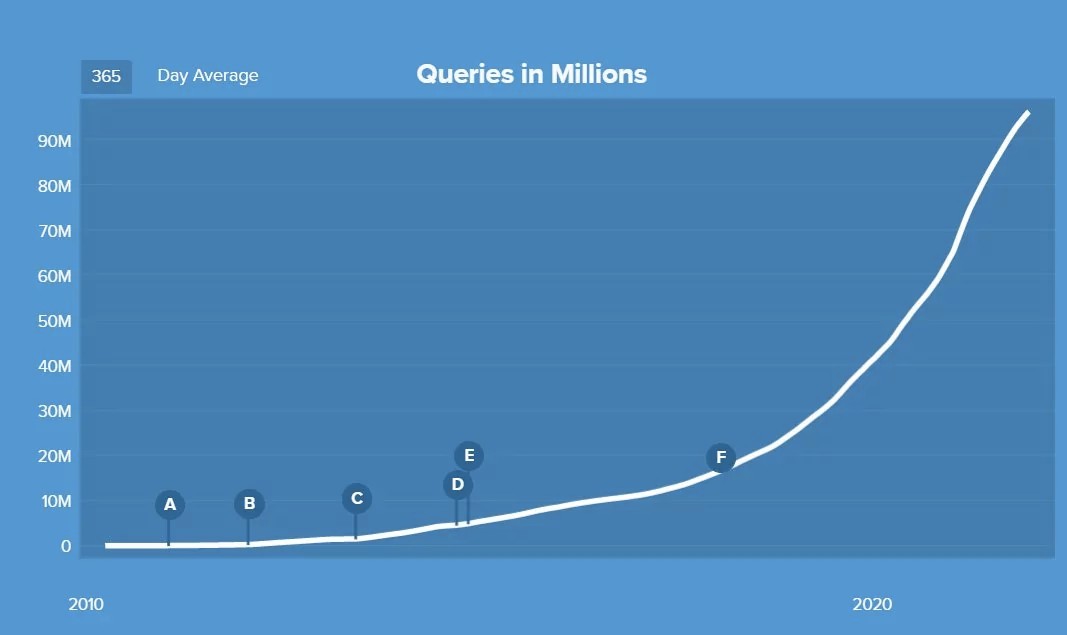 For even more privacy, this year DuckDuckGo launched a new service called Email Protection to protect email. It allows you to remove trackers and other tracking devices in emails. A little later, a similar service was introduced to protect against surveillance in Android applications. Recently, the creators of DuckDuckGo announced the release of a browser of the same name for computers. It will be built from scratch without any complicated settings or misleading warnings – just solid privacy protection that works by default.

The best Google Extensions of 2021