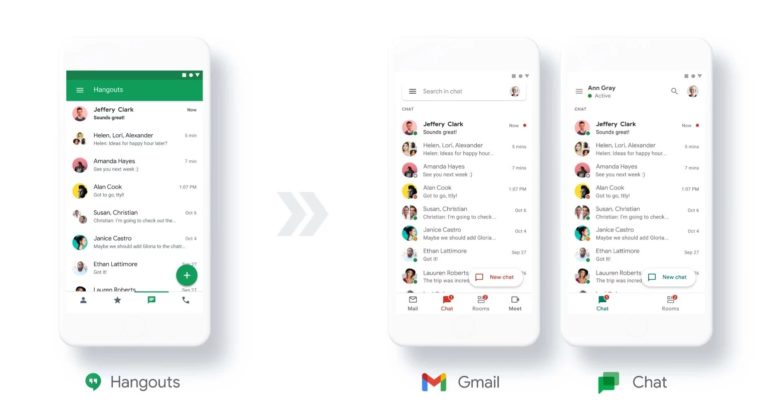 The new service will allow you to transfer all data from Hangouts, and will also be integrated into Gmail

More than two years ago, it became known that Google plans to ditch its Hangouts app in favor of Google Chat for those who do not have a Google Workspace subscription. With the postpone slated for the first half of 2021, Google Chat is gearing up to enter public beta for Hangouts users to try out the new product.

In October, Google shared a rough timetable for the transition from Hangouts to Google Chat, stating that the transition will occur “in the first half of 2021.” Specifically, users will be able to transfer their chat history, contacts, and more from the Hangouts app to Google Chat. Currently, if a user logs into the Google Chat app with a non-Workspace account (such are all those ending in @ gmail.com and googlemail.com), they will report that this account does not have access to use the app …

Earlier this month, Google Chat received an update to version 2021.01.24. After 9to5google parsed the APK of the app, it was discovered that Google was gearing up for an early public beta period for a wider range of Hangouts users. In fact, even if the user doesn’t install the full version of the Google Chat app, they still have the opportunity to test the new interface. A similar update “2021.01.24” for Gmail reveals even more information on how the beta testing of Google Chat will be presented.

While using the beta, it will be possible to switch between classic Hangouts and Google Chat, and Google Chat integration will be added directly to the Gmail app. Similar to Google Meet, there will be new Chat and Rooms tabs.

Judging by how often Google talks about this transition, beta testing is intended to convince users that the migration to another service will go smoothly. Hopefully, by the end of the year, the company will fix all the flaws and release the app for everyone.