The traditional annual May I/O conference on software and developer engagement is back with an all-digital event from May 18-20. Google traditionally preceded the announcement of the dates with a puzzle .

In 2020, Google canceled any format due to the spread of the coronavirus. Now, the search giant has decided to follow the lead of other leading tech giants and major trade show organizers who have moved to digital events without people. The conference itself will be free of charge for all participants.

Google has already launched the Google I / O 2021 site where developers can register to participate. In addition to the main presentation of the first day, which opens the conference, where the main announcements are usually heard, technical sessions, seminars, AMA, meetings and other events are planned. All of them will be held in the format of online broadcasts and video meetings. The exact schedule and details of the upcoming I / O 2021 conference should be published shortly. 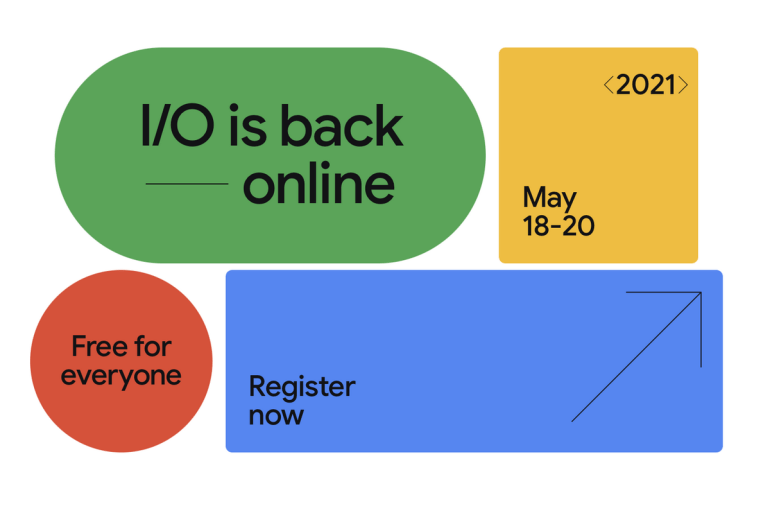 At the presentation on May 18, a full-fledged announcement of the next version of the Android operating system with serial number 12 will definitely take place – in February Google released the first version of Android 12 (DP1) for developers, and just today another DP2.2 beta for developers was released. As part of I / O 2021, Google will reveal new details and begin public testing of Android 12.

In addition, within the framework of Google I / O 2021, the announcement of the Pixel 5A smartphone and more affordable Pixel Buds A TWS headphones is expected .

Earlier, the dates of their annual developer conferences were announced by Apple and Microsoft (they will also be virtual): Build 2021 will be held May 25-27 , and WWDC21 – from June 7-11 .