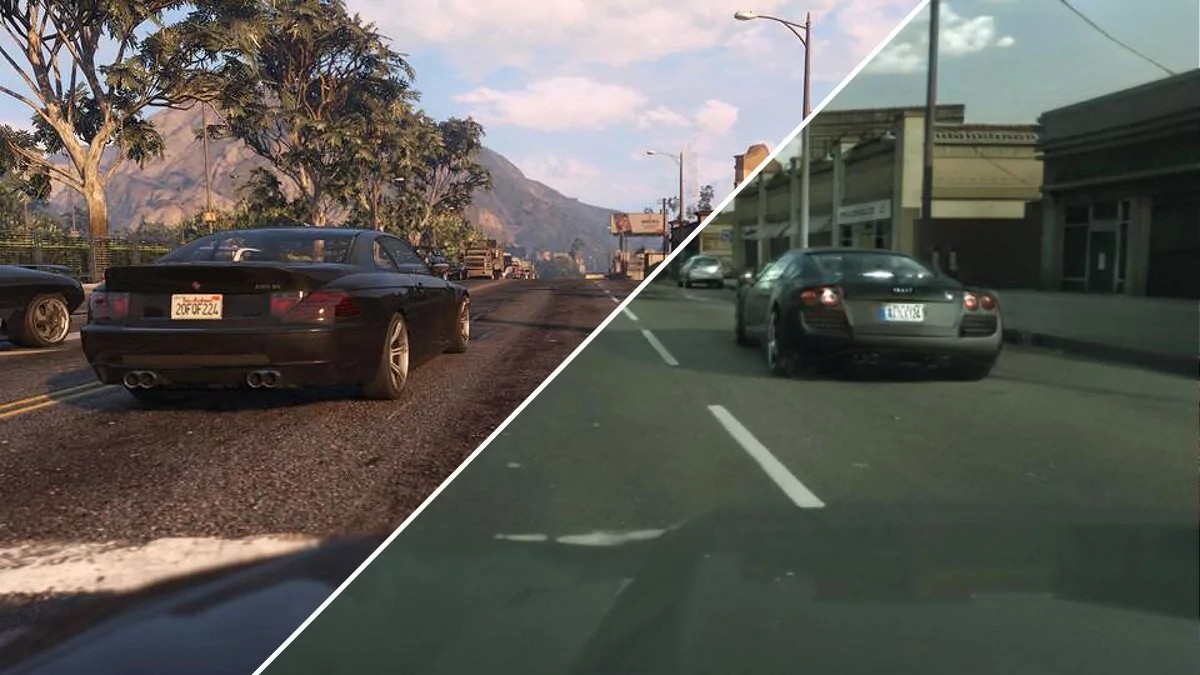 Researchers from Intel Labs have presented a neural network capable of processing a computer image in such a way that it looks like the real thing. The technology makes the picture less “synthetic” by adjusting the lighting and adding certain effects. The work of the neural network was demonstrated at the Eurographics 2021 conference, and its detailed description is available on GitHub .

According to the DTF edition, as an example, the authors of the project used the game GTA V, the gameplay record of which was processed using a neural network. To do this, they used the Cityscapes machine learning database, namely recordings from car DVRs from Germany. The researchers say they have avoided artifacts that are commonly seen in similar technologies. Largely due to a decrease in the “visibility” of your neural network.

Problems often arise when algorithms are allowed to process large amounts of information, assuming that this will yield a better result in defining context. During the training of the neural network, the authors of this technology loaded small pieces of data with the same objects, for example, asphalt, sky or trees. Accordingly, there are no abnormal images at the output.

Nevertheless, the technology has its drawbacks, which are directly related to the array of original data. These include the green tint of the picture, too smooth roads, and the lack of dried grass in places where it is.