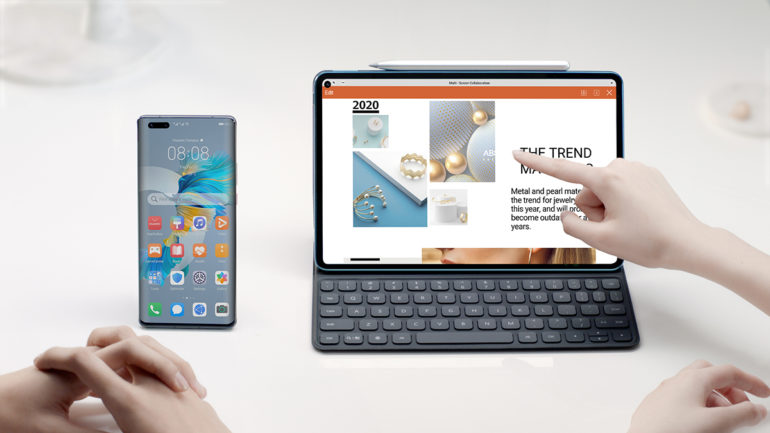 Huawei  has announced that the updated interface EMUI 11 became available to Russian users of tablet HUAWEI MatePad Pro and HUAWEI MediaPad the M6 . The new version of the operating system was first presented at the HUAWEI Developer Conference 2020 ; its distribution in Russia began in December 2020. The shell for tablets received an improved multi-window mode with a floating control panel, an improved “Multi-screen” function for connecting a tablet to a smartphone, an updated “Notes” applicationwith the ability to recognize text on photos. In addition, the interface has been supplemented with animation elements that improve interaction with the device.

Consumer behavior research has shown that tablets are most commonly used for watching movies and TV shows, playing video games, and taking notes. While working on the new version of the user interface, HUAWEI engineers have tried to improve the interaction with the device in these scenarios. Continuous animation effects in the redesigned shell help users focus on the task at hand and find the items they need faster in menus and applications. With EMUI 11 , HUAWEI tablets support intuitive controls and fluid graphics. EMUI 11 opens up new possibilities for organizing multitasking work. Among them is the “Multi-screen” mode , which allows one-touch to connect a smartphone to a tablet and manage files and applications on both devices through one screen and take full advantage of keyboard input capabilities. In the new version of the shell, the smartphone screen can be displayed on the tablet in full screen mode, for more convenient work with presentations, reading news and viewing photos, while other applications, for example, incoming calls and messages, will be displayed only on the smartphone. Confidential data, including passwords, is still stored on the smartphone, without re-authorization on the tablet.

The updated multi-window mode received support for two additional floating windows, which allows you to simultaneously display up to four applications: two in a split screen and two in floating windows, increasing the convenience and productivity of multitasking. The control panel stores minimized floating windows at the side of the screen for quick switching between applications. In addition, up to 10 pop-ups can be placed in the App Bubble , the application icon can be easily moved around the screen. Four active windows make it possible to edit documents, make online purchases, chat and watch videos on one screen. This mode works with any application.

The improved Notes application now has the ability to insert photos taken with a smartphone into the text. In addition, the application is capable of recognizing text in photos and blocking individual notes for additional protection of personal information. Integration with WPS Office allows you to view two documents at the same time and quickly switch between them. The EMUI 11 shell opens up new possibilities for creative lovers. Calligraphy app Zen Brush faithfully simulates the effect of brushing on paper. FlipaClip animation app provides free drawing and picture editing tools in layers to help bring creative ideas to life. Users also have access to the Noteshelf application , which offers a choice of several types of brushes, colors and stroke weights. It supports the insertion of images and text, which allows you to create notes that combine handwritten and typed text.

The new EMUI 11 shell is already available to Russian users of HUAWEI MatePad Pro and HUAWEI MediaPad M6 . The update is being rolled out over HUAWEI Over-the-Air (HOTA) wireless channels .