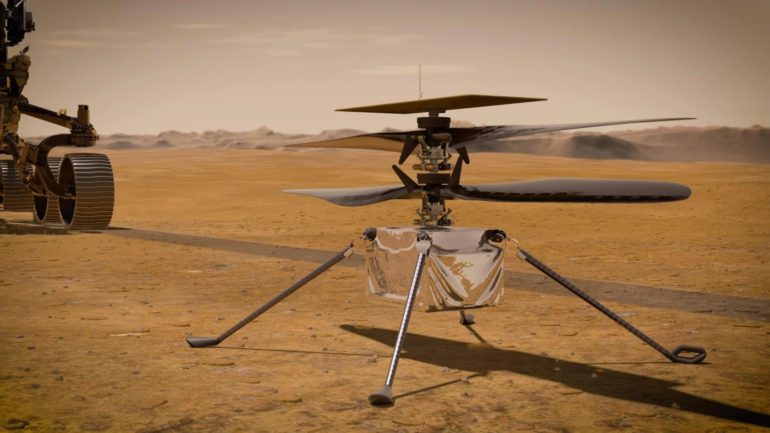 NASA’s Jet Propulsion Laboratory (JPL) hosted an online briefing showing footage of the Ingenuity’s maiden flight. As planned, the helicopter rose to a height of 3 meters above the surface of Mars, hovered “in the air” for 30 seconds and sat back. The entire flight lasted approximately 40 seconds.

“We made the first ever controlled flight on another planet. This paves the way for other aircraft that NASA will send to other planets in the solar system, ”said Ingeniuity project manager MiMi Aung.

You wouldn’t believe what I just saw.

The Ingenuity flight was carried out early in the morning Moscow time, but the data about it reached the Earth a few hours later. This historic event was recorded on its camera by the Perseverance rover. In addition, the helicopter also managed to take several pictures while it was in flight.

As a reminder, Ingenuity arrived on Mars aboard the Perseverance rover. The main task of the apparatus is to confirm or deny the possibility of flight in the rarefied atmosphere of the Red Planet. It was originally planned to launch the helicopter on April 11, but it was postponed due to problems with engine operation. The error turned out to be a software error, so the engineers quickly fixed it. After landing Perseverance, the helicopter was inside the rover, and last weekend NASA specialists lowered it to the surface. The device survived a night on Mars without a heating system for the rover, and then successfully fired the engine. The US agency is now planning longer flights of Ingenuity over Jezero Crater.