Due to the increased number of streaming services and the need to somehow retain their audience, while attracting new viewers, Netflix developers are constantly introducing some new features.

Recently, for example, the service provided the owners of Android devices with studio sound quality , and now the platform will independently and without the user’s knowledge download content from the section of recommended shows, so that later TV shows or films can be watched from the recommendation even if there is no way to connect to the internet.

However, do not be afraid about the free space on the smartphone – the function can be turned off. 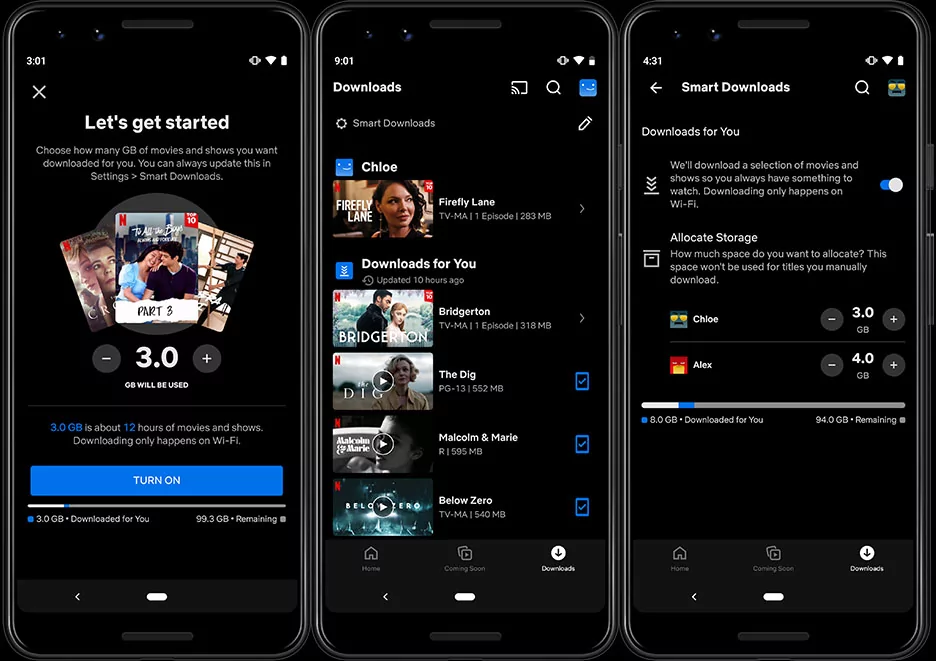 Moreover, the company representatives promised that they will activate the function only if the user agrees to automatically download content from the recommendations.

This is necessary to increase the engagement of the viewer – if a person does not have an Internet connection, then he will not be able to go to recommendations and watch a fresh show that he, in theory, may like. Accordingly, the platform loses the opportunity to captivate the viewer with a new series, for the sake of which, for example, he will be ready to renew his subscription or simply recommend content to his comrades. With the new function, this problem has been eliminated.

By agreeing to the platform’s offer, the user will allow Netflix to download content up to 5 GB from the recommendations section to the device, so that later, with a weak Internet connection, traffic problems or a complete lack of a network, watch a series of new series with comfort.

For those users who are usually suitable for the shows offered by the platform, this function will be a real salvation, but if the content takes up too much space or a person decides that there is enough to clog the gadget’s memory, the function can be disabled in the “Downloads” section. At the moment, the new function is only available on devices running Android, but the developers have promised to implement automatic content loading on iOS as well in the very near future.