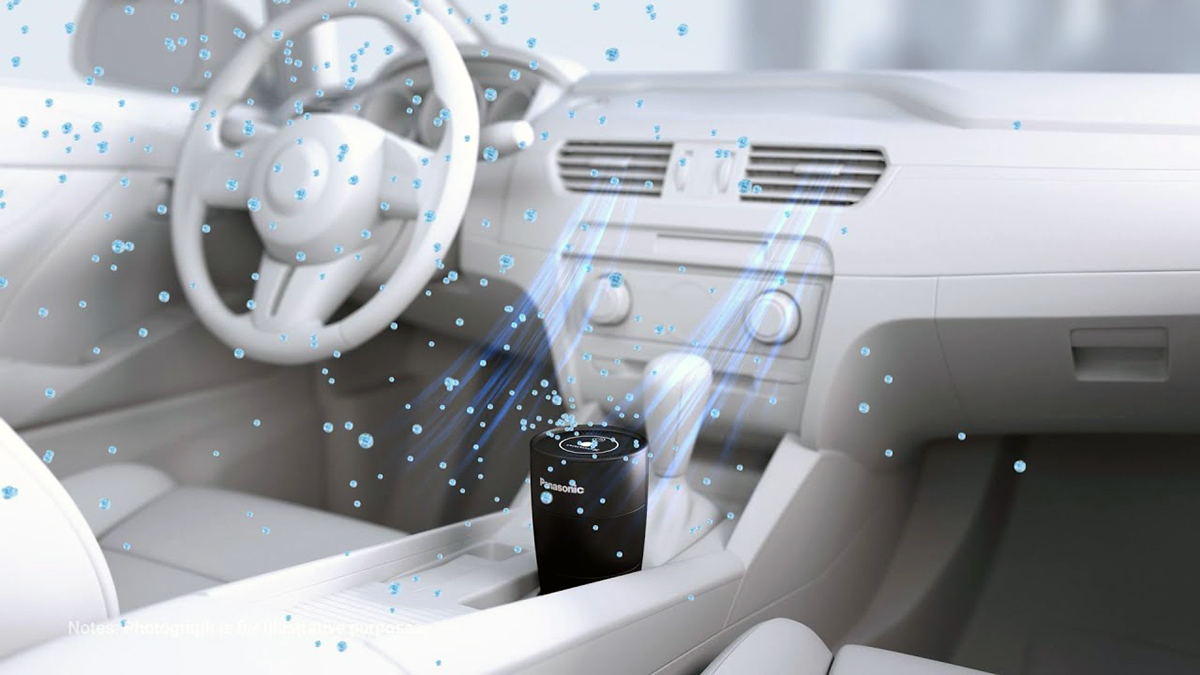 Panasonic presented an innovative technology Panasonic nanoe X and created on its basis of a device for protection against viruses and bacteria – portable generator nanoscale particles of water with hydroxyl radicals. The latter proved to be highly effective in suppressing the activity of various pathogens, allergens, odors, neutralizing dangerous PM 2.5 particles , as well as coronaviruses, including a new type that provoked the COVID-19 pandemic .

The new device is very compact (resembles a thermo mug in shape), connects via a USB-C wire to any energy source – a car USB port, laptop, portable battery, etc. It can accompany its owner 24 hours a day almost everywhere – at home, in the car, at work or in a cafe. The power consumption of the gadget is only 3.5 watts. A nanoe particle generator and a powerful fan are installed inside the device , which blows out air saturated with nanoe particles through special holes in the upper part of the case.

The generator is based on a titanium needle of a special shape, operating according to the Peltier principle: during the cooling process, moisture from the air condenses on it, in which hydroxyl radicals arise under the influence of an electric discharge. Japanese engineers have developed a special generator design that allows the creation of nanoscale water particles with a high content of hydroxyl radicals, which increases their lifespan to 10 minutes.

During this time, they manage to spread throughout the room and deactivate harmful components. Panasonic Corporation has been improving nanoe technology for more than 20 years, but its full potential was only revealed in 2020, when the international research company Texcell confirmed the ability of nanoe X particles (nanoscale electrostatically atomized water particles) to neutralize up to 99.99% of the activity of a new type of coronavirus. Seeing the tremendous relevance of such developments, Panasonic decided to maximize the range of household appliances with nanoe technology , as well as to bring the portable nanoe X generator for personal use. 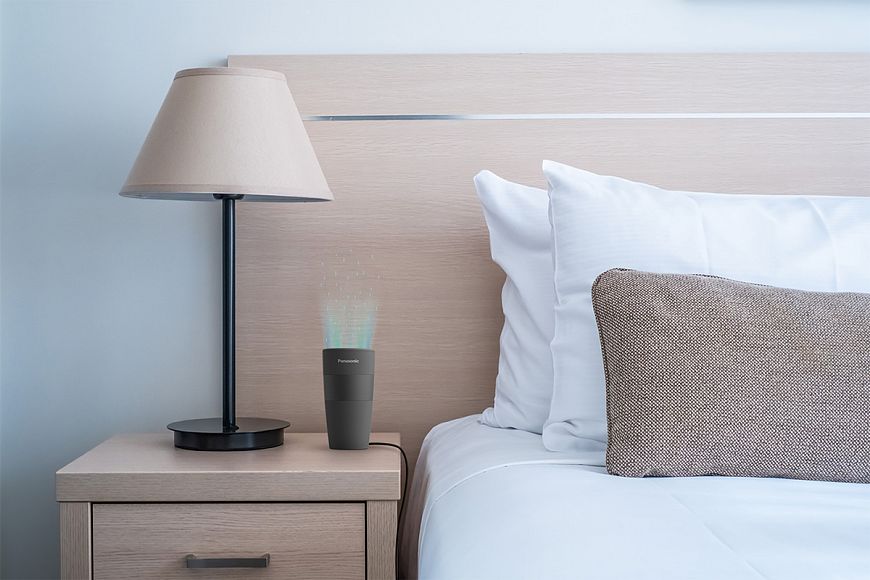 Panasonic plans to start selling a portable generator nanoe X already in October 2021 . At the same time, the nanoe- Air-E stationary particle generators will enter the market , which can be installed in the ceiling or wall to ensure continuous cleaning of the home or office. “Various modifications of nanoe particle generators are already used in a wide variety of Panasonic products – from household appliances to industrial air conditioners and complex climate systems. Many products with nanoe can be bought, for example, air purifiers, air conditioners and even hair dryers, – comments Dmitry Romanov , head of corporate communications at Panasonic, – In Japan, nanoe technology is used in public spaces – hotels, cafes, medical institutions and other places … It is also being actively implemented by large companies, for example, Toyota in premium models of Toyota and Lexus cars, as well as Japan’s largest railway operator, Japan Railways, in electric train cars.” . Panasonic plans to develop a line of products with the technology nanoe in line with the new approach, which was formed during a pandemic. All products with nanoe particle generators will complement each other, creating a kind of “safety loop” that will surround a person wherever he is.