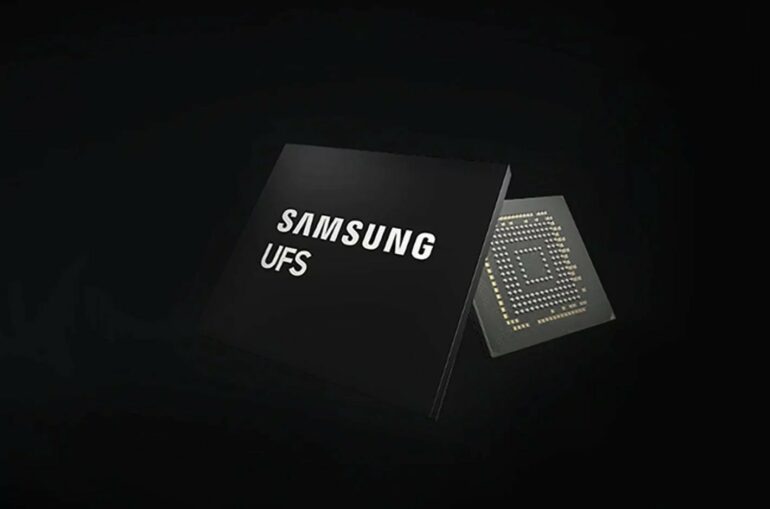 Yesterday, May 3, Samsung Electronics officially announced the development of UFS 4.0 (Universal Flash Storage) flash memory, which is intended primarily for high-performance smartphones with support for the fifth generation cellular network. The manufacturer said that the latest memory boasts a sufficiently high bandwidth and exorbitant speeds for information exchange. For example, Samsung claims that Samsung UFS 4.0 memory delivers up to 23.2 GB/s of bandwidth per lane, twice the capacity of UFS 3.1 memory.

Moreover, the manufacturer said that when creating a new flash memory for flagship smartphones, seventh-generation Samsung V-NAND memory was used, as well as a proprietary controller (no information was provided about it). Thanks to this, it was possible to realize impressive information exchange speeds – sequential reading up to 4200 MB / s and sequential writing up to 2800 MB / s. Samsung announced a 2x increase in read speed and a 1.6x increase in write speed compared to UFS 3.1 – this is certainly an impressive indicator, because even the previous generation of memory already coped well with almost any task.

But the speed boost isn’t the only improvement Samsung engineers have been working on. The fact is that the new memory also has a very impressive energy efficiency, which will be extremely useful for future flagships. The manufacturer noted that energy costs in comparison with UFS 3.1 were reduced by 46% – this should significantly affect the battery life of the smartphone. And the volume of the memory module reaches 1 TB – this is certainly not a record for the modern market, but the memory of the new format will clearly be enough to satisfy any audience needs.

The production of UFS 4.0 memory should start in the third quarter of this year, when the memory appears in smartphones – they do not report.