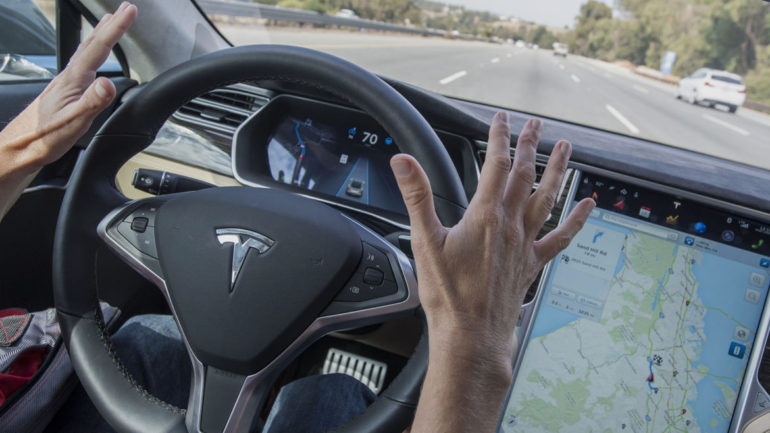 the much coveted augmented reality view!

(perfect “stop line” detection I must say, only 31% probability of indoors though which is a bit of a bummer.)
Interestign that A/B nodes vision fps is different (both far from 36fps nominal though!) pic.twitter.com/aj1L1wBvUN

n several videos posted on Twitter, a hacker showed “the much coveted view of augmented reality.” He also noted “tons of dead code”, including snippets that could suggest possible features to be released later, including “coast2coast” and “map selection”.

The self-driving feature suite is a $ 10,000 option that needs to be substantially updated. What Musk promised in August will be a “quantum leap,” because it is a “fundamental architectural rewriting, not an incremental adjustment.”

Those who tested the beta version found that with the new feature activated, the dashboard began to shine in bright and colorful lines, outlining everything that “sees” the neural network of the vehicle.

The discovered Full Self Driving beta development tools indicate other potential features, including “California Stop”, “California Boost” and “Chiropractor Adjust Skeleton”. It is not yet clear what any of these functions will become – if any of them will ever be released to the public.

In October, Musk said he expects the FSD update to be released to the public immediately after the end of this year. It is unclear whether Tesla will be able to meet this deadline. Remains to be seen.