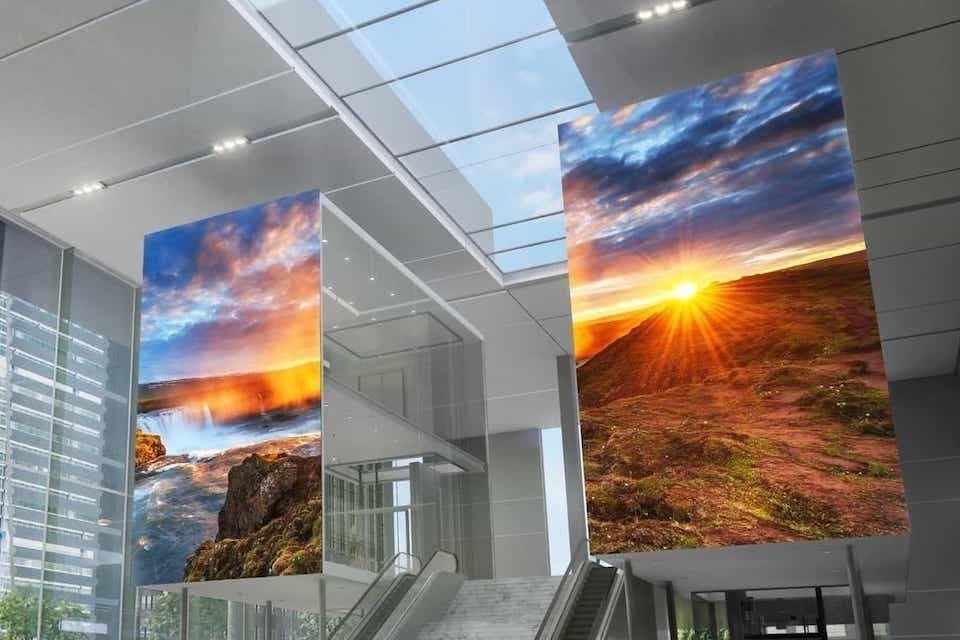 Sony has its own microLED display technology – Crystal LED. For the first time, the company showed such designs back in 2012, and as a result, the technology made it possible to create large modular displays of the size of the entire wall. If initially the technology was conceived as a replacement for projection systems in cinemas, now it has found another application in the film industry: images of backgrounds of various locations are displayed on these screens.

They started talking about Crystal LED after the release of the series “The Mandalorian”, which was almost entirely filmed in pavilions, where the backgrounds of various locations were displayed on huge screens. With the help of special algorithms that modify the image depending on the position of the camera, the backgrounds behaved as realistically as possible.

For such scenarios, Sony offered two series of displays at once: B and C. Series B is primarily intended for creating backgrounds: these displays have a peak brightness of 1,800 nits and are protected by a matte anti-reflective coating, which makes them suitable for use in well-lit rooms. The company developed these displays in collaboration with Sony Pictures Entertainment.

The C Series is more suitable for showroom and lobby installations with a contrast ratio of 1,000,000: 1. Both series are based on the X1 for Crystal LED video processor, support HDR, operate at a frequency of 120 frames per second and are ready to work with 3D content sources.

Among the special technologies, the company mentioned the function of smart upscaling of original content Reality Creation, a system for displaying content without artifacts and Motionflow blur, as well as “phenomenal gradation” in the form of 22bit Super Bit Mapping.

Both series are available with two pixel spacing options: 1.26 mm or 1.58 mm. One of the advantages of the models, in addition to the modular design, Sony also named economical power consumption.

Why you should use Signal instead of WhatsApp