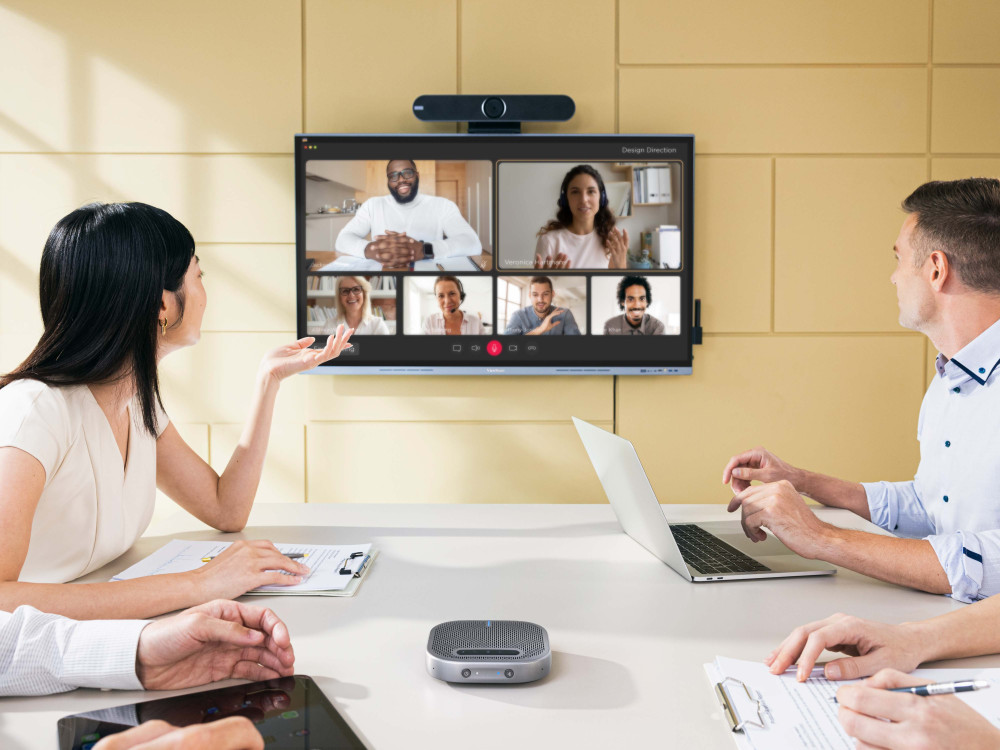 The ViewBoard 62 series uses the latest technology for seamless video conferencing. Models in this series have screens up to 86 inches with 4K resolution , and they are compatible with the most popular video communication programs such as Microsoft Teams, Google Meet, Cisco Webex and Zoom Meetings .

The auto framing and voice tracking features allow the versatile conferencing camera to automatically detect participants and speakers so you can always see who is speaking.

In addition, the ViewSonic Wireless Conferencing Microphone can work as an additional microphone for the ViewBoard 62 series, it captures audio up to 6 meters with 360-degree coverage. 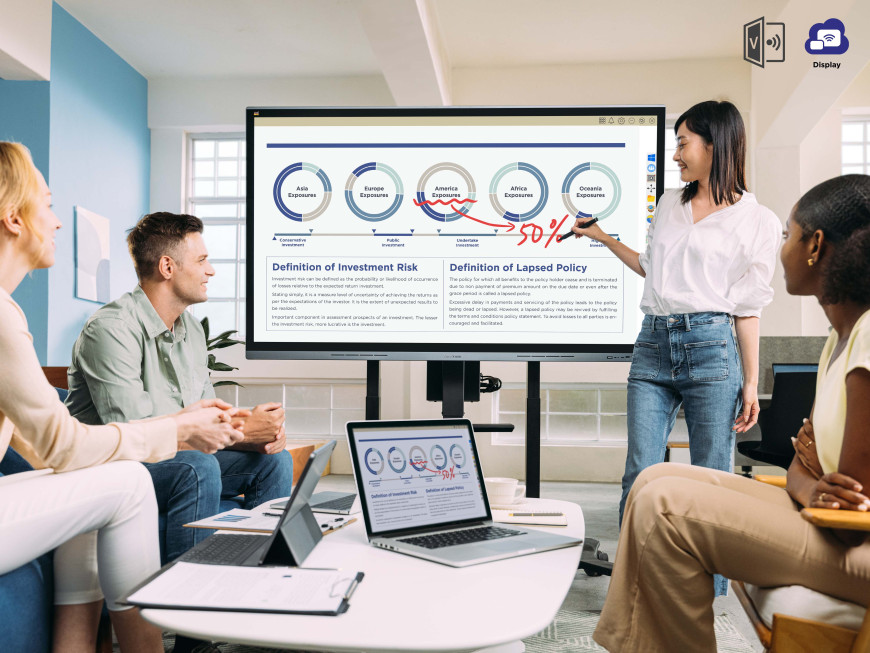 For user convenience, the displays support instant auto-configuration and a USB-Type-C port. This means that participants can quickly connect and share media from different devices. With wireless sharing tools, participants can easily and easily share content, with up to four users simultaneously streaming their data to the screen.

With a capacitive projection sensor, users can write and draw directly on the ViewBoard 62 ‘s screen as if they were writing with a pen on paper. What’s more, the 20-point sensor allows multiple users to perform complex work at the same time, thus facilitating face-to-face teaching and video group work.

The ViewBoard 62 series can be used as a platform to improve communication within a company so employees can get important information in a timely manner. With the myViewBoard Manager remote centralized management tool, companies can play multimedia files on their ViewBoard screens and send emergency messages such as fire or earthquake alerts. 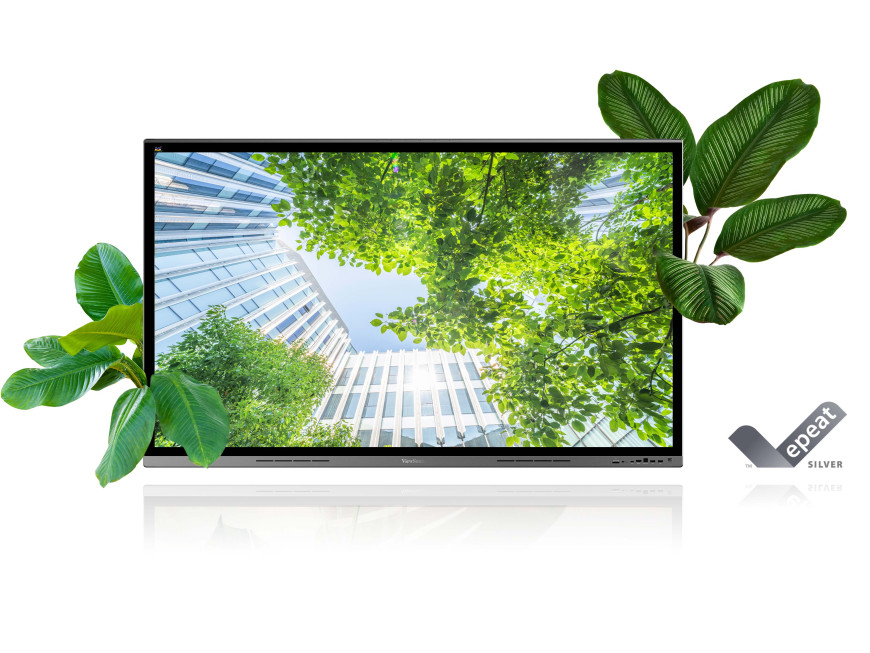 The ViewBoard 62 series has received EPEAT (Electronic Appliance Environmental Impact Assessment) Silver certification, the highest environmental rating ever received on the market for interactive flat panels. In addition to being environmentally friendly, the screens are designed to reduce energy consumption and total cost of ownership, helping individual and corporate users achieve their environmental goals.