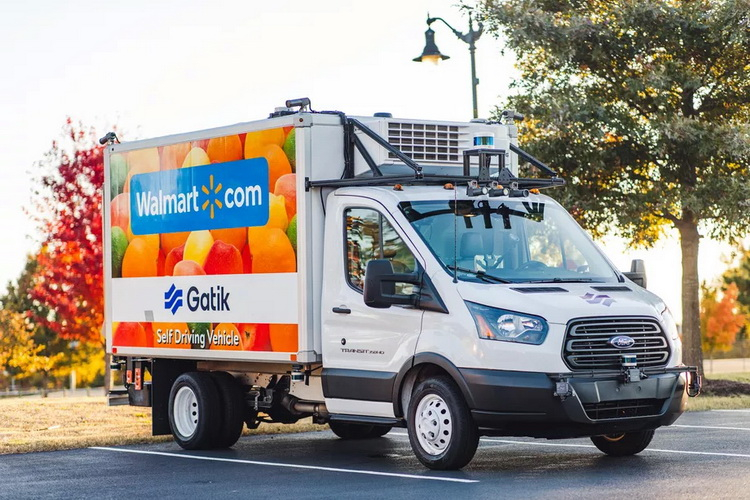 Walmart, the world’s largest wholesale and retail chain, will test fully autonomous delivery vans next year. The pilot project will run for 18 months and will be carried out in conjunction with the startup Gatik, which is developing technologies for self-driving vehicles. The key task is the transition to complete autonomy in the delivery of goods.

Gatik has equipped several multi-temperature cargo vans with various sensors, systems and software for autonomous control. Since late 2019, these trucks have been used to deliver online orders (with a safety backup driver) to customers between Walmart’s main warehouse and nearby stores in Bentonville, Arkansas three kilometers away. In total, to date, Gatik vans have covered 113 thousand kilometers of track in a fully autonomous mode.

Next year, both companies are looking to expand the area of ​​use of self-driving trucks. Autonomous vans will be used to deliver goods along a longer route – between a distribution center in New Orleans and stores located 32 kilometers away in the small town of Meterie, Louisiana. This time, the delivery of goods will be carried out without the driver being in the cab.

“We’re not only partnering with Gatik on issues related to testing autonomous vehicles. The company will continue to explore the possibilities of integrating unmanned delivery methods into our ecosystem , ” said Tom Ward, senior vice president of digital operations at Walmart.

According to the resource The Verge , the Walmart retail chain is collaborating with many companies that are developing technologies for self-driving cars. These include Waymo, Cruise, Nuro, Udelv, Baidu, Ford and Postmates.