Sony has unveiled its 2022 OLED TV line-up with the A95K as the new flagship model with a QD-OLED panel. The company is also launching its first 42-inch OLED TV, which will be part of the A90K series. The X95K and Sony Z9K series with 8K display received Mini LED backlighting .

And these are not all the differences that were revealed when comparing Sony 2022 TVs with 2021 TVs. There are also a lot of new technologies that the company has equipped its TVs with. We offer to consider the features of Sony TVs 2022 model year and their new labeling. 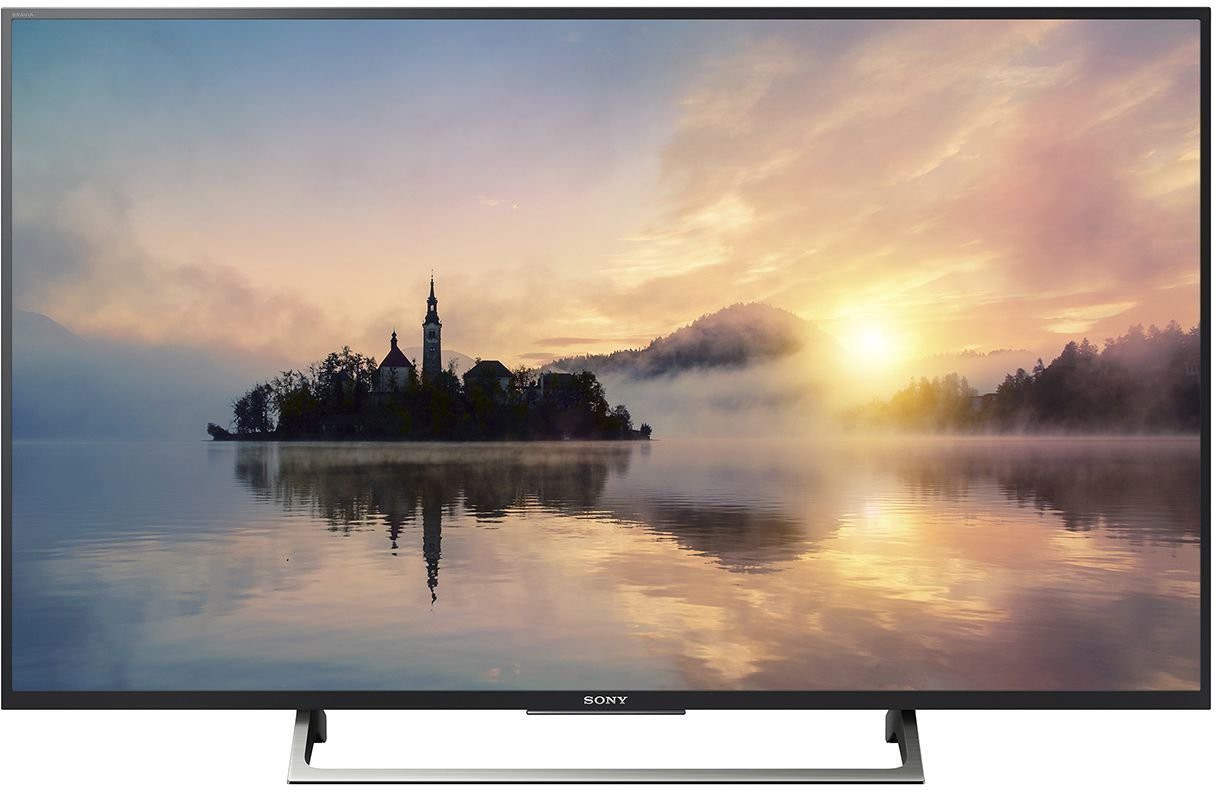 Sony has announced its first QD-OLED TV (A95K), which uses blue OLEDs in combination with quantum dots to create richer reds and greens.

“With millions of individual self-illuminating pixels, the A95K delivers more colors than ever before. As a result, the viewer gets a completely new viewing experience. This innovation helps convey the true intent of the creator.” Such a statement was made by Sony.

Sony’s 2022 flagship OLED TV series, the A95K, will be available in 55-inch and 65-inch sizes. This series will have 4K resolution and “Sony XR Cognitive Processor”. Owners of these TVs can place the tabletop stand either at the back (to hide the stand behind the TV) or at the front.

With the introduction of the A95K, Sony is expanding its OLED panel line-up and no longer solely relying on LG Display, the main supplier of OLED panels. The A90K series will use LG Display’s WOLED panel, which will be available in 42″ and 48″ sizes. 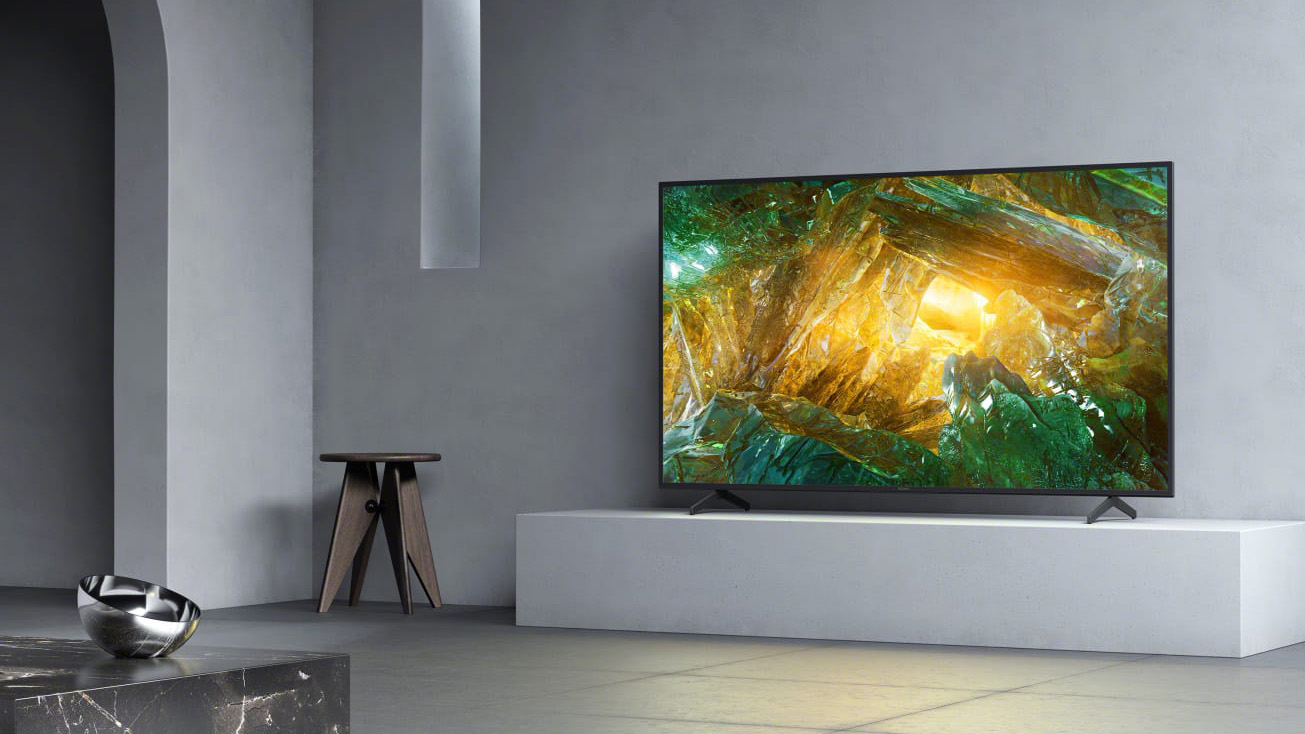 Unlike TCL, which was the first to introduce miniLED TVs in 2020, Sony made the move in 2022. The mini-LED backlight is controlled by the “XR Backlight Master Drive” system. Sony has stated that it has optimized this technology to reduce blooming while maintaining contrast and high peak brightness.

The popular Sony X90K series does not have a mini-LED backlight. It will still ship with local dimming. The X90K will also feature Sony’s “XR Cognitive Processor”, which was first introduced in 2021. The X90K series will be available in 55, 65, 75 and 85 inches.

In terms of peak brightness, the Z9K, X95K and X90K series have XR Contrast Booster 20, 15 and 10 respectively. Sony does not provide actual numbers, but the number indicates that it is a multiple of conventional LCD TVs. Therefore, you should expect the Z9K to reach 2000 to 4000 nits. According to Sony, the X90K will have higher peak brightness than last year ‘s X90J series .

Nearly all 2022 Sony TVs (X85K and up) will get HDMI 2.1 features. These are 4K at 120Hz, VRR (Variable Refresh Rate), ALLM (Auto Switch to Game Mode), and eARC (Enhanced Audio Return Channel). These models will also come with support for new PS 5 features .

Also, as in 2021, all Sony 2022 models are equipped with the Google TV operating system. Services such as Netflix, Disney plus, HBO Max, Google Stadia will be installed right from the factory. Sony functions will be highlighted in the main menu.

All TVs from the X80K and up feature an advanced adaptive calibration mode for Netflix. This mode can automatically adjust the brightness level according to the ambient light. TV series such as Z9K, X95K and X90K are equipped with a new remote control. It does not have 49 buttons, as in the 2021 remote, but 25. Accordingly, this remote is smaller in size. 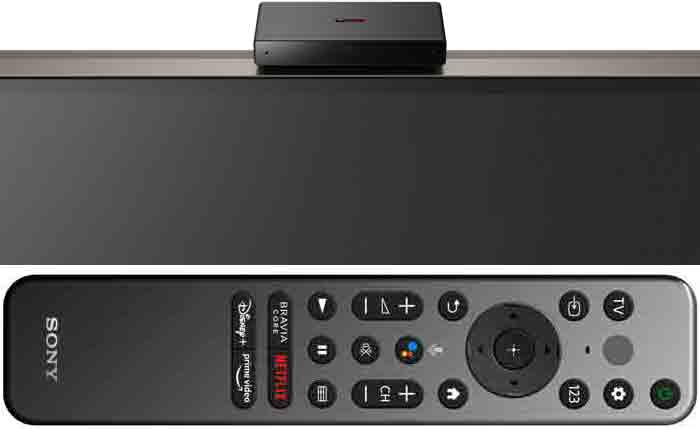 Bravia Core is a pre-loaded movie service that includes redeemable movies. When purchasing a Bravia XR TV, the user is entitled to use this service with unlimited streaming free of charge for 24 months.

With Pure Stream and IMAX Enhanced technologies, content on the Bravia Core delivers expressive sound quality and stunning visuals. During 2022, Bravia Core will be available in more than 75 countries. At least that’s what Sony said.

Sony’s top three LCD TVs have “Acoustic Multi-Audio”. Sony placed four (Z9K) tweeters in the TV’s cabinet so that dialogue would come straight from the screen. In the X95K, X90K series, there are not four, but two such tweeters. Midrange and woofers are placed along the bottom of the case. This is not the same as Acoustic Surface Audio in Sony OLED models. OLED TV uses the OLED panel itself as speakers.

Like global TV leaders such as LG and Samsung, Sony Electronics has unveiled at CES 2022 not only the second-generation Bravia XR, but also its new Master Series based on hybrid QD-OLED technology. In addition, Sony presented new technologies that the manufacturer is going to equip its TVs in 2022. What’s new in Sony TVs?

Among the company’s technological achievements announced at the show are the first TV models with hybrid QD-OLED panels , as well as Sony’s first backlit LCD TVs that use Mini-LED technology . This backlight provides brighter illumination and accurate colors.

In addition, Sony continues to offer product lines based on 4K OLED and LCD displays. This includes OLED models using more traditional WOLED panels, as well as a range of LED TVs that are significantly cheaper.

In all of its expensive series, Sony is once again using its XR cognitive processor, first introduced in 2021. Image processing with such a processor is based on the human visual system. As a result, the viewer after viewing receives more feelings and emotions from what he sees. The processor supports specially crafted Bravia Core streaming content from Sony’s new premium streaming service.

The patented XR Backlight Master Drive technology precisely controls the Mini-LED backlight with thousands of mini-LEDs. In 2022, two TVs from Sony will receive this technology. This TV Sony Master Series Z9K which has a resolution of 8K, as well as a series of Mini-LED TVs X95K from the category of 4K.

Sony has stated that the XR cognitive processor will improve the image performance of the A95K through XR Triluminos Max color processing. The company claims that this will provide “naturally beautiful colors and hues” as well as “the widest color gamut”. This technology uses millions of individual self-luminous pixels to create bright, direct light and color volume.

In terms of sound, Sony will continue to use the enhanced Acoustic Surface Audio + technology for OLED models and Acoustic Multi-Audio for LCD models in this area. These technologies are designed to match the position of the sound to the image on the screen.

As a result, sounds and dialogue will appear to follow people and objects as they move through the frame. The lineup also includes new features that aim to improve streaming services.

Among the first implementations of the adaptive and calibrated mode was Netflix. The TV automatically adjusts its image processing based on the ambient light. Therefore, now the favorite shows and films of users will look the way the creator intended them.

It is based on the TV’s built-in Cognitive XR Processing technology and improved image and sound processing IMAX Enhanced. This feature provides access to a range of new and classic movies. It also includes the largest collection of IMAX Enhanced movies and lossless UHD content from Pure Stream. However, only some 2022 Sony TVs will have this technology.

In addition, all 2022 Bravia XR TVs will be “perfect for the PlayStation 5.” This ensures that when pairing a Bravia XR TV with a PlayStation 5 console, the user gets the best gaming experience by automatically adjusting and optimizing the picture to the best settings. Support for HDMI 4K/120 fps further ensures smooth and crisp motion for fast responsive gaming experience.

This will only become available with future firmware updates for both PlayStation 5 consoles and supported TVs. Updates can be installed automatically or with a custom option. According to Sony, to enable Auto Tone Mapping, the feature must be enabled the first time you pair your TV and PS5.

Otherwise, users will need to turn off the TV and PS5, perform a factory reset, and then enable this feature during the initial setup. HDR Auto Tone Mapping will only be supported when PS5 and TV are directly connected. Suitable models include all models from the Bravia XR as well as X85K, X85J, X80K, X80J , X90H .

Auto Genre Picture Mode will also become active through firmware updates on PlayStation 5 consoles and TVs. Installation will occur either automatically or manually, depending on whether the user has enabled the automatic firmware update option on the device. This feature only works when PS5 and TV are directly connected. Suitable models include all the same Bravia XR models as well as X85K, X85J, X80K, X80J, X90H series models.

Also in 2022, Sony will introduce a newly developed original device called the Bravia Cam to select TV models. The built-in camera is designed to capture and recognize where users sit near the screen. This is to optimize the picture and sound settings for the best picture experience.

The branded camera is also designed to receive gesture control commands, assist viewers in video chats, and other new features. In addition to the video chat feature, most of the Bravia Cam’s new features will be available via a future firmware update, according to Sony.

Below we have compiled a list of Sony 2022 TV models we expect to see in stores this year. There is no pricing information for Sony TV 2022 yet. Throughout the year, we will try to post separate reviews for each series.