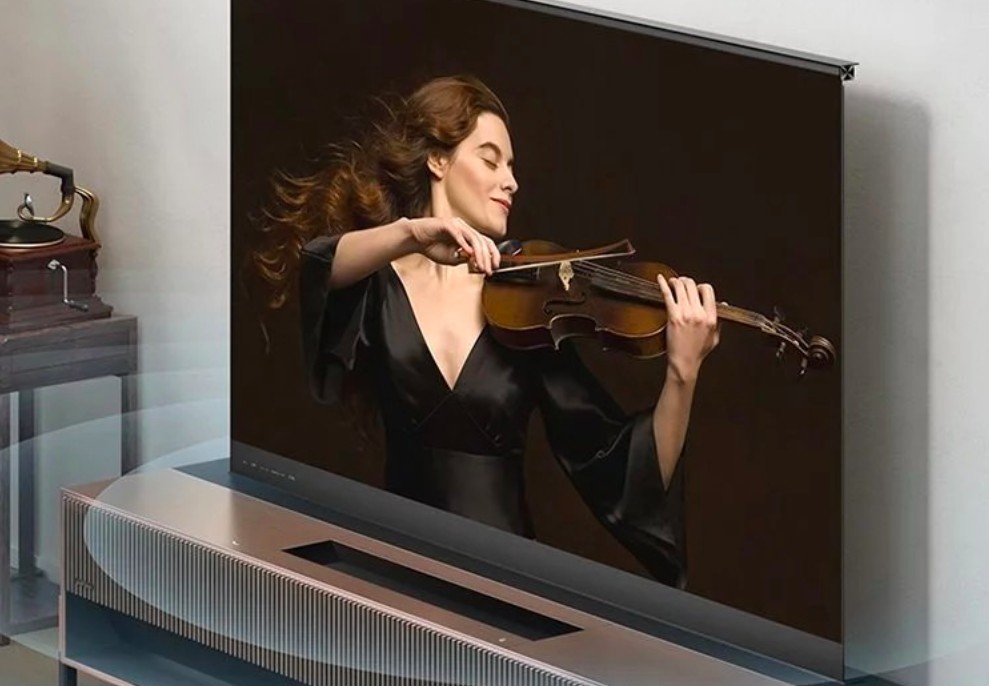 Hisense has announced the launch of the world’s first roll-up laser TV. Its diagonal is 195 cm, among other characteristics – 4K resolution, HDR support, impressive BT.2020 color space coverage of 107% and peak brightness of 350 nits. During the development of new items, the company has applied more than 70 new patented technologies. The TV is based on a cabinet that houses a screen folding mechanism and a Harman / Kardon audio system. When folded, the device turns into a high-quality music player, says Hisense. Unfortunately, there is no more detailed information about the new product, as well as its cost is unknown. However, the website of one of the Chinese retailers has already begun accepting pre-orders for it with a prepayment of 1 yuan.