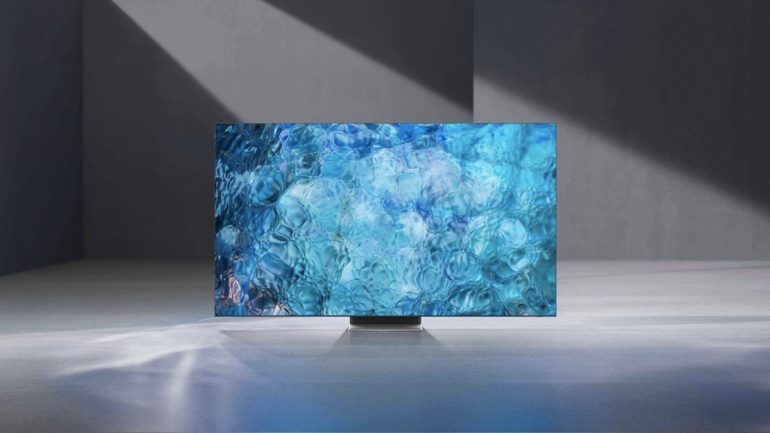 Rumors about the next generation TV from  Samsung  have been circulating for over a year, but it has not been officially presented to the public. It was reported that the novelty will hit the market during this year, despite the problems experienced with its production. Therefore, the appearance of the model on the website of a little-known American retailer  Value Electronics , which calls itself an authorized Samsung dealer , was a complete surprise.

So, the Samsung QD-OLED QS95B TV is presented in two versions – 140 cm and 165 cm. It is noted that it covers the  DCI-P3 and  BT.2020 color standards , runs on the  Tizen  platform and is equipped with four  HDMI 2.1 ports . Other specifications, price and delivery date are not disclosed, and the page contains only one image of the novelty, shown above. Those wishing to purchase a TV are invited to join the waiting list by sending an e-mail message.

On the one hand, the  Value Electronics website does not arouse suspicion. It offers a huge range of household appliances from a variety of manufacturers, and in the “About us” section it is reported that the company has been operating since 1998 and the exact address of the trading floor is indicated. On the other hand, the selling page is designed extremely modestly and with unforgivable mistakes, for example, in the word  Titzen , which sets up a fair amount of skepticism.

We can only hope that in the near future there will be official information about the  Samsung QS95B from the manufacturer itself.