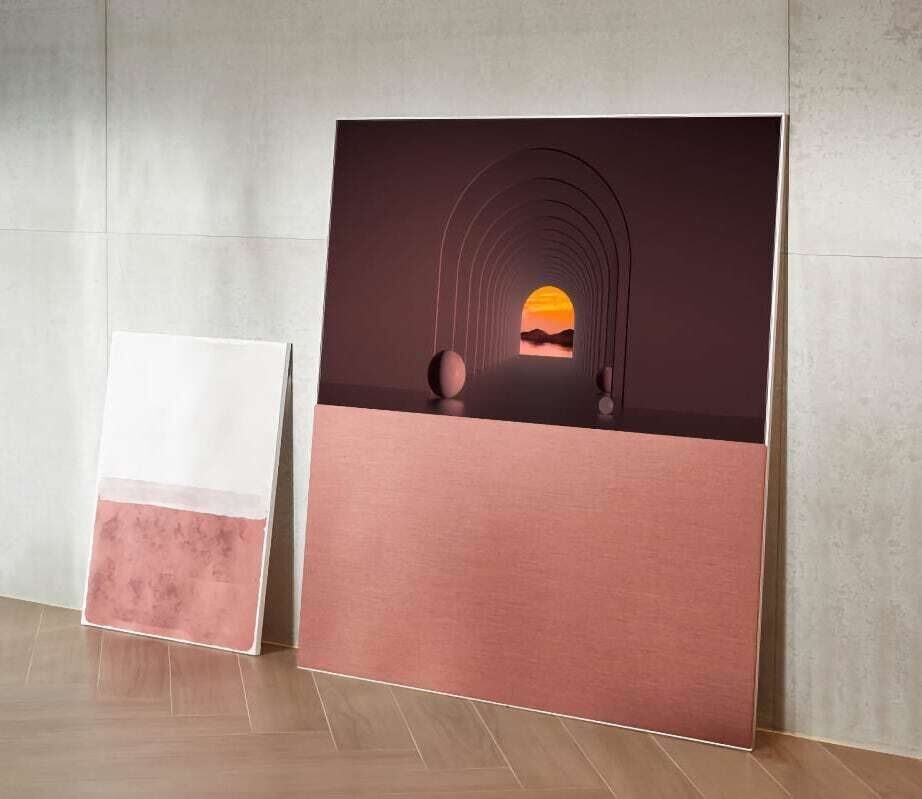 The concept of a retractable TV has long occupied the minds of manufacturers. They came up with a variety of designs: banal doors, lifting and lowering elevators, screensavers depicting pictures or an ornament, and – like the apogee – a screen that rolls up into a tube.

Recently in Korea, LG showed another option – a TV that can be closed with a sliding fabric grill. Specialized English and German-speaking sites were quick to call this grill a sliding speaker, like Bang & Olufsen and Loewe did, because LG patented a sliding speaker circuit three years ago .

True, they moved horizontally, covering unused portions of the screen when watching videos shot vertically or with a 4 x 3 aspect ratio.

In fact, it turned out that the grill simply hides the speakers at the bottom of the screen, and when the TV is not in use, it rises up. At the same time, the mechanism can leave the visible part of the screen for displaying information such as clock, calendar, temperature and other information, as in the folding model of LG OLED R.

The grill moves along the guides, which are essentially part of the rack. That is, the TV can be installed simply on the floor, leaned against or fixed on the wall, but it cannot be placed on a high table or cabinet. The grill fabric is the famous Kvadrat material and there are several color options to choose from.

The TV itself technically repeated the LG OLED65G1 model with the same processor, OLED Evo panel, all standard connectors, a 4.2 audio system and 80 watts. There is only one screen size – 65 inches.

For the time being, such a model will be on sale only in Korea at a price of 9.9 million won, which is approximately $ 8,500. There is no information about plans to supply it to other countries.