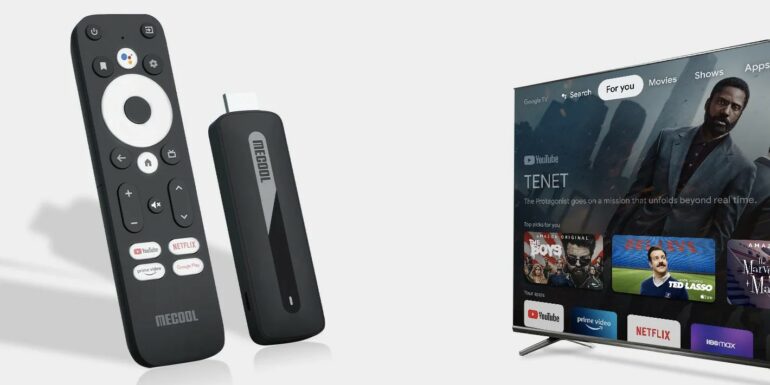 If your TV does not have the  Google TV platform , no problem! Now you can get  Mecool KD3 , which will make it smart, and as an added plus, it is certified by  Netflix  and equipped with  an AV1  decoder with the ability to play a 4K / 60Hz signal . Google is  interested in developing its partners to take the lead against LG’s powerful webOS smart TV platforms  and  Samsung  ‘s  Tizen  (  and  Roku  in  North  America). So, a few months ago, the  Realme set-top box was released , and now there is another alternative from  Mecool , which can be bought for $ 80.

With its purchase, users get access to the newfangled  Google TV platform , offering access to a variety of streaming platforms like  Amazon Prime Video ,  Netflix  and  YouTube  in 4K HDR . In addition, the set-top box can decode the  AV1 signal , which many TVs are not yet capable of. Mecool  also promises timely platform  updates, which is a problem for other providers.

Mecool  ‘s rush is to  be welcomed, not forgetting, of course, the limited capabilities of this tiny set-top box, which has 2 GB of RAM and 8 GB of storage . At the heart  of the KD3  is a quad-core  Cortex A35 processor , complemented by  Wi-Fi 5 and  Bluetooth 5.0 wireless modules . Included with the set-top box is a remote control with four buttons for quick access to the most popular applications.