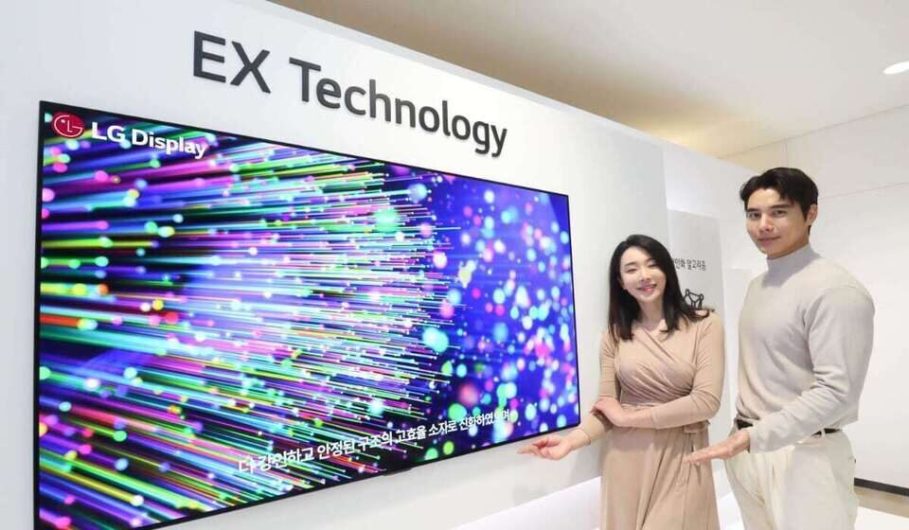 On the eve of CES, LG Display has announced the start of production of new generation OLED panels, which have received the EX index, which stands for Evolution and eXperience. Despite the similar name, it is unclear if they are an evolution of the OLED Evo panels.

The company said that the new panels will be 30% brighter than the “usual” ones, but it is not specified which models are in question. But this time the company gave some technical explanations. First, they mentioned a new panel control algorithm – this part for all OLED TVs, like the driver board, is supplied by LG Display itself. And the main innovation in the company called the use of deuterium – an isotope of hydrogen, which is part of the so-called “heavy” water for nuclear reactors.

Deuterium has long been used in high-tech production, including in the production of panels, as a safe reducing agent, but not as volatile as “simple” hydrogen. LG Display explained that in the new panels, deuterium was included in the phosphor, making it more stable, which made it possible to increase the brightness. The very design of the panels, most likely, will not undergo fundamental changes, but they will have a smaller frame: 4 mm instead of 6 mm.

It is planned to start producing new panels starting from the second quarter of 2022 – both in Korea and in China, at a factory in Guangzhou. And they will be supplied to all manufacturers of OLED TVs, who will present new models in the near future, and they will most likely be announced in January.