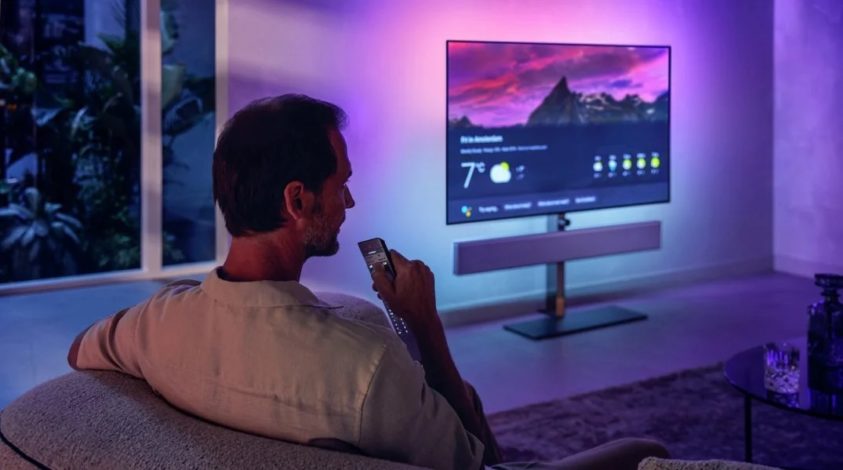 The release this year of two flagship Philips OLED 9th series TVs has been known for a long time. The first one –  OLED936  – was presented a couple of weeks ago. And today the details of the second, more advanced model Philips OLED986 have become known.

The main feature of the Philips OLED986 is a new generation OLED screen with a brightness 20% higher than conventional counterparts. A parallel with the Evo panel in the LG G1 immediately suggests itself. By the way, today it became known that OLED936 will be equipped with the same improved screen.

Just like other 2021 Philips OLED TVs, OLED986 uses a special screen burn-in protection technology. It consists in carefully tracking static image elements. According to the manufacturer, its work by 95% reduces the risk of burnout in places where static elements are located, such as channel logos or video game interface, and does not negatively affect other functions of the TV.

The smart platform is Android TV 10 with Chromecast support and AV1 decoder. The TV is decorated with branded 4-sided Ambilight lighting.

The main difference between OLED986 and  OLED936  is the audio system. It is also designed by Bower & Wilkins and is placed under the screen. It features three premium Continuum speakers with reinforced voice coils and crossovers housed in a soundbar, as well as a dedicated center tweeter with surround effect.

Philips OLED986 will only be available in one 165cm version and will go on sale in October. The price has not yet been announced.