At CES 2022, Samsung unveiled the Gaming Hub gaming platform for the first time , which it has promised to roll out to select smart TVs and smart monitors by the end of this summer. And now, some users have the opportunity to take advantage of the service. 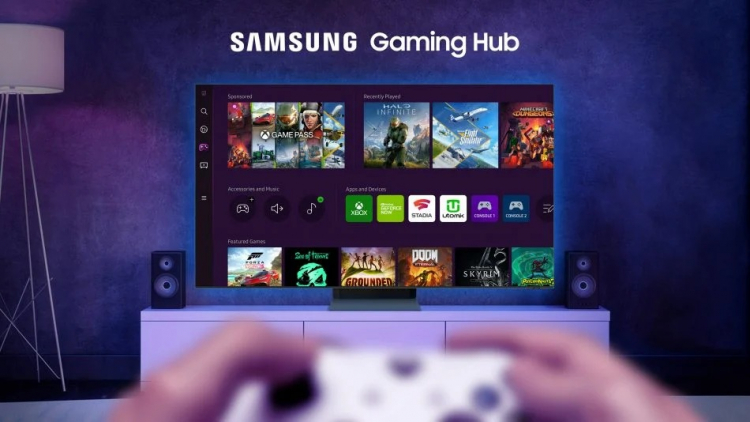 As the name suggests, the Gaming Hub is a digital hub that brings together several cloud gaming and streaming services, both paid and free. Gaming services like Xbox xCloud, NVIDIA GeForce Now, Google Stadia, Utomik are now available and will soon be joined by Amazon Luna. Additionally, the platform allows you to use YouTube, Spotify and Twitch.

So far, users of Samsung devices from the US, Canada, UK, Germany, France, Spain, Italy, Brazil and South Korea have received access. The Gaming Hub supports select 2022 TVs, including the flagship Neo QLED TVs and the Smart Monitor series.

Samsung’s partnership with Xbox has been previously announced, and Microsoft’s platform is available in select regions and will be expanded gradually as Xbox Game Pass Ultimate users who own new Samsung TVs get access to dozens of games in the cloud. According to the Sammobile portal, without a subscription, you can play Fortnite for free.

Compared to 2021 models, Samsung’s new smart TVs and monitors provide faster signal decoding and optimized buffering management, resulting in a 30% reduction in input latency, according to the publication. In addition, the latest AI image scaling technology allows you to increase the resolution of games to 4K and 8K while maintaining accurate colors and sharpness, according to a press service from Samsung.