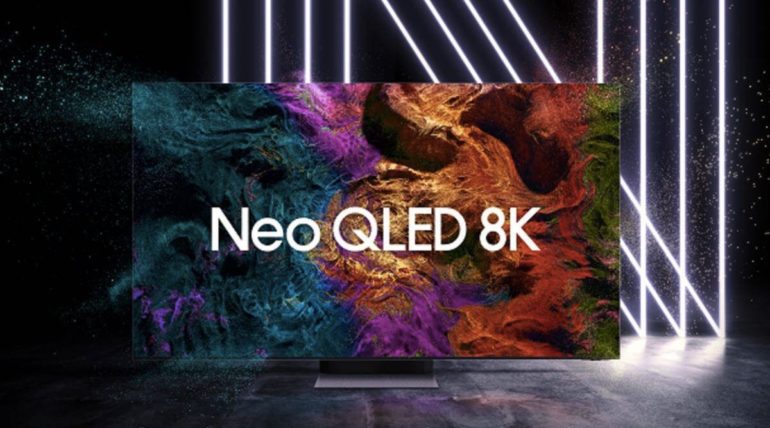 Samsung Electronics has announced the imminent European premiere of 2022 Neo QLED flagship TVs with Mini LED backlighting and 4K and 8K resolutions. Pre-orders will be accepted from March 16 to April 5. The series took as a basis the popular collection of last year – but the new models received serious improvements.

Leading the new lineup is the flagship 8K model QN900B, with a total of six models in the family, each available in different sizes. This year, Samsung will offer Neo QLED TVs with display sizes from 43 to 85 inches:

The Quantum Mini LED backlighting used in the novelties has received an additional improvement due to 14-bit HDR Mapping technology, which provides better detail in dark and bright scenes. The Shape Adaptive Light feature has also been added, allowing you to better control the Mini LED.

Neo QLED TVs feature multi-directional speakers and for the first time support Dolby Atmos surround sound technology. , and the Object Tracking Sound (OTS) option allows you to realistically “shape” the soundtrack in the room in accordance with the events taking place on the screen.

Samsung paid attention to the development of smart functions. The company has updated the interface of the Tizen operating system, including the ability to connect additional IoT devices thanks to the Smart Hub function, and the Samsung Gaming Hub will provide convenient control over the gaming functions of the models. In particular, it supports integration with cloud gaming services and a high refresh rate of 144 Hz at 4K resolution.

The launch of Neo QLED sales in Europe is scheduled for April 6th. The prices of new products will be announced later. Earlier it was reported that in 2021 Samsung sold the Neo QLED models with Mini LED-backlit half as much as expected.