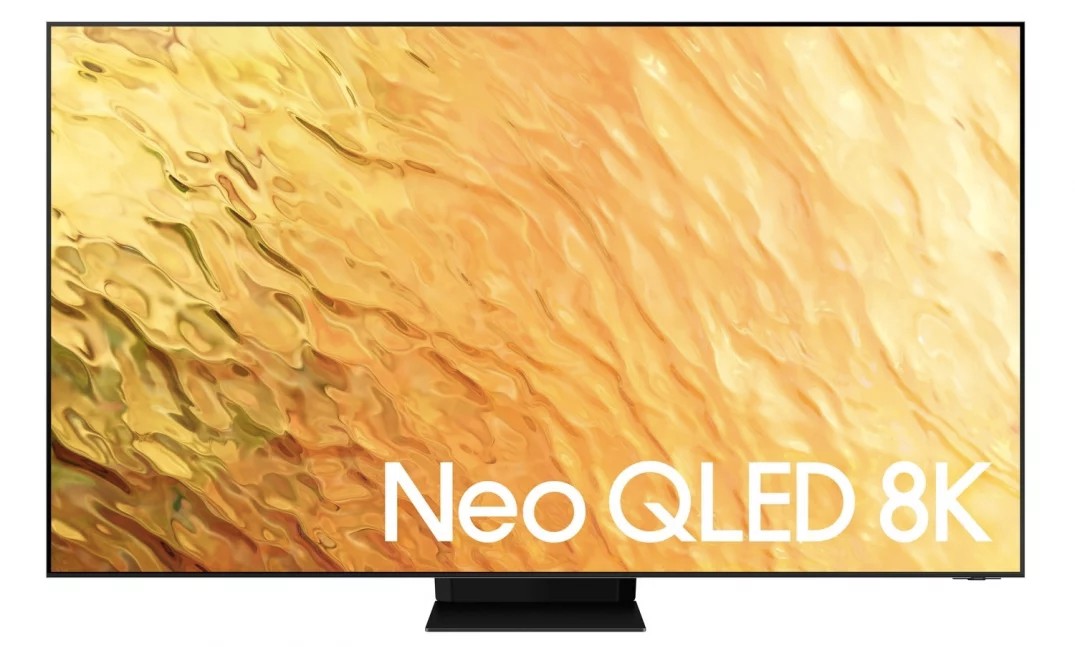 A couple of days ago,  Samsung  unveiled sales plans for  2022 Neo QLED TVs in Europe, and today for the first time information about the characteristics of one of them –  QN800B . This is the second-ranking model in the hierarchy of the Korean manufacturer, immediately following the flagship  QN900B .

The main feature of the TV is the innovative  MiniLED backlight , which, thanks to  Quantum Matrix Pro technology, covers 14-bit gradation of brightness with 16,384 correction steps, which is 4 times more than its predecessor. As a result  , the QN800B  reproduces a billion colors with “ultra-high fidelity,” says  Samsung , and 100% covers the  DCI-P3 color standard used in  HDR content creation .

In addition, the MiniLED  backlight allows you to organize a powerful local dimming system. There is every reason to believe that in QN800B  it consists of the same number of zones as in QN800A  – 1344 . For comparison, there are only 50 of them in the top TV with standard backlight Samsung QLED Q80A .

For the first time, the QN800B TV features  Real Depth Enhancer technology, which Samsung  engineers  studied the perception of human vision and found that increasing the contrast of objects in the foreground gives the entire image realistic depth and three-dimensionality. The upgraded Neo Quantum processor  in the QN800B  uses 20 separate neural networks, each with its own expertise, to scale low-resolution content to 8K  and create a deeply immersive on-screen action for the viewer.

The screen  of the QN800B  is characterized by the term  Quantum HDR 32X . As we found out, it shows the peak brightness of the TV by multiplying the digital component by 100, which gives 3200 nits . As a result , the QN800B  promises spectacular HDR transmission . We hasten to immediately warn that Samsung  does not officially disclose this calculation.

To ensure comfortable viewing in all conditions, the screen  of the QN800B  has a special anti-glare coating. In addition, the manufacturer promises customers a wide viewing angle.

The QN800B  audio  system offers a solid 70W 4.2.2 configuration . It is the first time for Samsung  TVs to support  Dolby Atmos surround format . The same three-dimensional effect is intended to be created by its own object-oriented technology  OTS + , familiar to the public from past models. And  SpaceFit’s auto  -calibration feature optimizes sound quality based on the acoustic characteristics of your room.

Like its predecessor,  the QN800B  has powerful gaming performance. First of all, it is support for  HDMI 2.1 with the ability to play a 4K / 120Hz signal and the presence of related functions  eARC ,  VRR  and  ALLM . To enhance the dynamic scenes that video games are full of,  Samsung  offers  Game Motion Plus  (which hides frame interpolation) and  Motion Xcelerator Turbo+ (which hides black frame insertion). As before, 32:9 ultra-wide viewing ratio is offered for compatible games, and a special quick access panel will allow you to monitor and quickly change game settings.

However, there is a downside that may disappoint serious gamers: of the four  HDMI  ports, only one is HDMI 2.1 compliant  , while the other three support  HDMI 2.0 .

The smart features of the TV are represented by a number of functions:  Tap View  for duplicating the image from the smartphone screen,  Multi View  for splitting the screen, voice assistants,  Smart Calibration  for quick calibration and others. The operating system used is  Tizen  version 6.5.

In terms of design, the  QN800B is almost identical to its predecessor QN800A with its bezel-less Infinity One concept and  ultra  – thin body  . It also uses a separate Slim One Connect  module  for all wired connections, giving the TV a neat and aesthetic look without conspicuous cables. As for the price, it has been announced so far only for the American market:

Advertisement
X
Subscribe to get the best Tech news and reviews of the week.
By signing up, you agree to our Privacy Notice and European users agree to the data transfer policy.
Close
02/27/2022