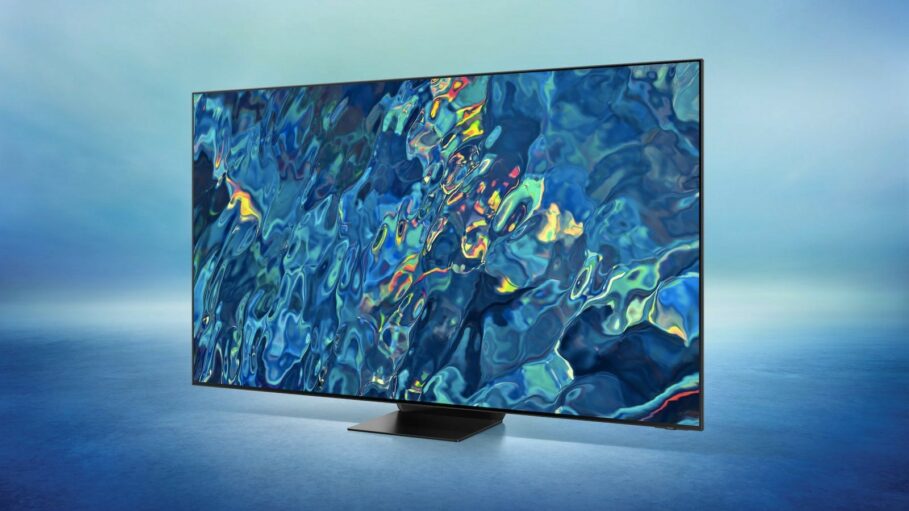 Samsung works tirelessly to improve the quality of its TVs. The best achievements of the company in this direction are symbolized by the new Neo QLED 8K line , which includes three models –  QN900B ,  QN800B  and  QN700B .

Samsung claims that the image on their screens has become even better and more realistic thanks to three new technologies  .

The new  Neo QLED 8K TVs are designed to provide the highest detail in any scene with 14-bit contrast depth with 16,384 steps of correction. In comparison, previous 2021 models provided 12-bit depth with 4,096 correction steps. As a result, the image becomes even more contrast and detail, despite the fact that the design of TVs, which is based on  MiniLED  backlight with local dimming function, remains the same.

This innovation in translation sounds like “a real increase in depth (of an image)” and is as follows. When an object enters our field of vision, we focus on it, trying to get it as clear and textured as possible, abstracting from the background. The Neural Quantum 8K processor works in the same way  , increasing the contrast and clarity of objects in the foreground, thereby giving three-dimensional depth to the image.

To achieve a high-quality image, the best tools for its control are required. Now  Neo QLED 8K  owners can self-calibrate and optimize their screens using the  Smart Calibration * mobile app. In simple mode, this process can be completed in just 30 seconds, and in professional mode, in 5-8 minutes. The once complex and professional TV calibration process is now simple and affordable, maximizing the power of the latest  Neural Quantum processor and super high definition 8K .