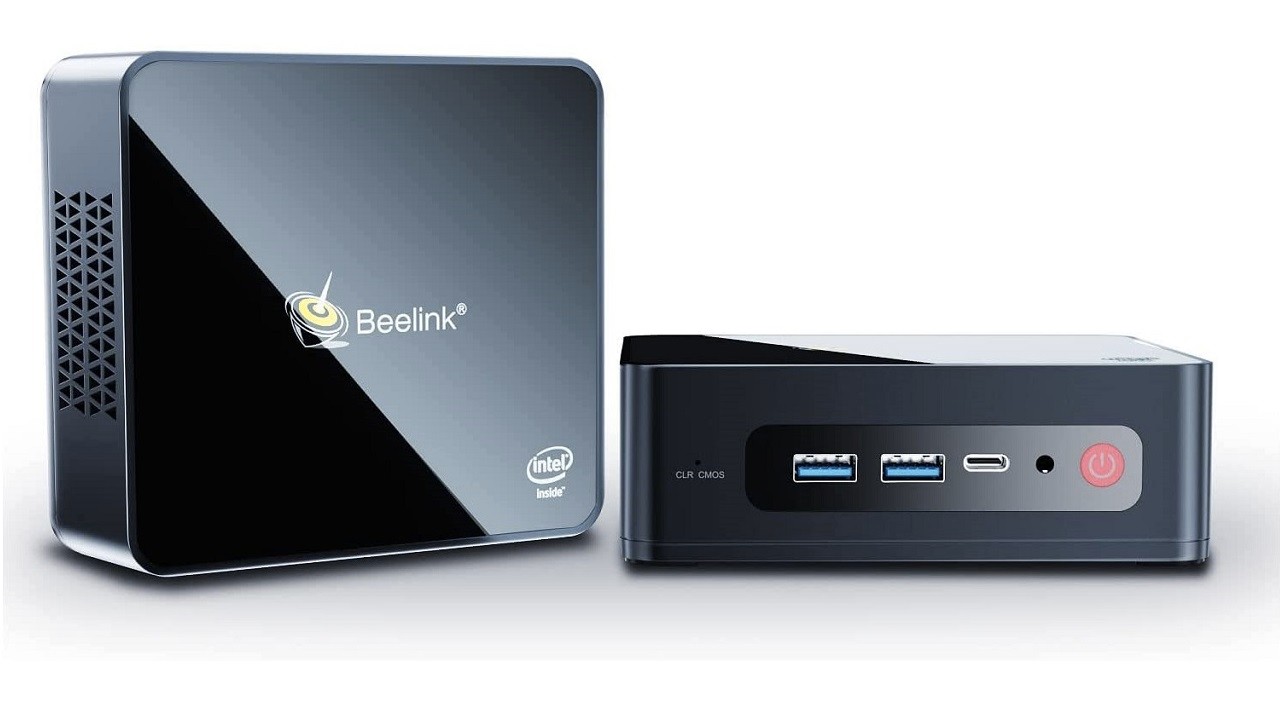 In recent years we have seen several proposals from the Chinese manufacturer Beelink , as it has found a place among small devices such as Android TV Box or mini-PC with Windows operating system. In this last group is the protagonist of this analysis, Beelink U59 , and the truth is that the final results are more than positive.

Beelink U59 is a small mid-range computer that promises to have enough performance to meet the expectations of the average user, whether for entertainment or work activities with the most widely used software in the industry. Its small size design is complemented by several RAM and internal storage options , as well as a good number of available ports. 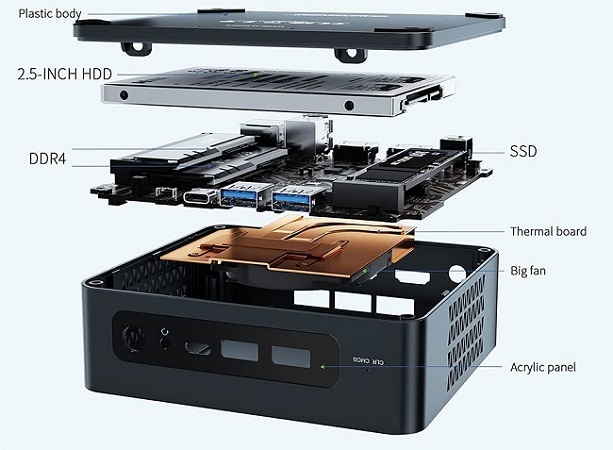 As can be seen in the images that accompany this summary, there is nothing outside of what has already been seen ad nauseam on the market, that is, a rectangular casing with rounded edges that is completely dyed black and distributes its connections along its leading and trailing edges.

However, one of the problems that are usually found in so-called mini-PCs is the lack of space for the heat generated by the internal hardware to dissipate, generating performance problems after a couple of hours of intensive use. Here a solution is promised not only because of some important slots on its side frame but also because of the inclusion of a larger fan inside that is responsible for maintaining a good temperature at all times.

Beelink U59 has official dimensions of 124 x 113 x 42 mm, while a good number of available connections are appreciated, including two USB-A inputs as well as another reversible USB-C and even a headphone jack on the front for a quick access to accessories and storage units. Behind there are also two HDMI 2.0 video outputs (support for new TVs and UHD monitors), as well as two other USB 3.0 ports and even an Ethernet input for a local internet connection.

Without promising something that cannot be fulfilled, Beelink U59 works from an 11th generation Intel processor that corresponds to the N5095 model made up of a total of four cores in a 10-nanometer manufacturing process and with a base operating frequency of up to 2.9 GHz (supports 4 MB smart cache). This is one of the main changes when compared to the Beelink U57 model (it has a fifth-generation Intel Core i5 dual-core processor).

As a companion, an integrated 2933 MHz DDR4 RAM is present in which each user can choose for a total of 8 GB or go up to 16 GB to achieve even greater fluidity, while its internal storage space is based on a M.2 SSD drive that also switches between 256 GB or 512 GB. This mini-PC comes with two internal connectors, one is M.2 SATA SSD 2280 and the other is compatible for a 2.5-inch 7mm SATA hard drive that supports capacities from 500GB to 2TB for further expansion. plus your storage.

Finally, the computer arrives from the factory with the Windows 10 Pro operating system without any additional software that changes the original Microsoft experience, and allows you to open several programs at the same time without problems. To the joy of users , the update to Windows 11 is now available for free by carrying out the conventional process through the OS configuration. 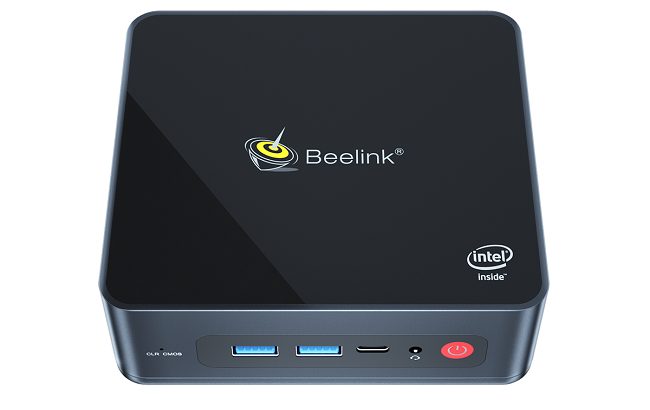 Beelink U59 is enough to replace a classic computer

Finally, Beelink U59 includes Wi-Fi 802.11 b/g/n/ac connectivity as well as Bluetooth 4.0 for synchronization with wireless accessories and peripherals like keys, mice and more, while there is no internal battery for off-line use and it is necessary to keep it connected at all times through an adapter with support for 12V/3A.

With the purchase of the mini-PC it is possible to get a series of accessories that are appreciated, such is the case of a power plug adapted to the energy values ​​of the EU/US and UK, as well as a pair of HDMI 2.0 cables and to a wall-mount accessory for easy setup on TVs or monitors that don’t sit on top of furniture or desks.