Did AMD manage to create the famous ” NVIDIA Killer ” that all fans dreamed of? Certainly not, but no one can deny the impact of launching the new generation of video cards in contrast to NVIDIA’s RTX 3000 series. The last few years have been dominated by the green camp, while AMD has found a somewhat stable place only in the budget segment. That has changed with the RX 6000 generation and even if the new boards do not beat the competition as an offer, they are worth noting. But there is a segment in which AMD manages to show its ambitions as a market leader, that being in the area of ​​gross performance. But I’ll talk about that in the test section. Radeon RX 6800 XT and RX 6900 XT are two very similar boards. I share the same architecture, even the same core and even the cooling system. And that leads to a little confusion that I’m sure many will. The RX 6900 XT is not much more powerful than the cheaper model; in reality, the price difference is not even entirely justified. This puts AMD’s new flagship board in a bad position, caused by a product in the same series. But that doesn’t mean it’s bad, but that the RX 6800 XT is the better combination of the two. When you take into account the price difference of 350 euros, you seem to begin to intuit the direction of this article.

Even so, the two boards play an important role in the market. This is due to NVIDIA and its RTX 3080 and RTX 3090. Both boards offer similar performance when it comes to raw power in games, but at higher prices. I will address the expensive boards for the first time, namely RTX 3090 vs RX 6900 XT. For some reason that is hard to understand, people tend to compare the two models. But the difference is massive only when you look at the specifications. On the one hand, NVIDIA offers no less than 8GB VRAM in addition to the 16GB on the Radeon model, and on the other hand, the memory on RTX is faster. In addition, even if the performance is similar in games, these are not gaming cards. And if we were to look at things strictly from this perspective, it would not be a comparison anyway, but a series of reasons why at the moment, NVIDIA remains the logical choice: DLSS, dedicated cores for Ray-Tracing and smarter implementation, AI cores that power all kinds of technologies and integration into many more titles. Categories that AMD needs to recover from and should do so as soon as possible. And there is hope, in the form of Smart Access Memory, Fidelity FX and Rage Mode, but until these technologies mature, at least on the software side NVIDIA is not a competitor, but a model.

So to get back to the subtitle question, the AMD Radeon RX 6800 XT and RX 6900 XT are the start, the cornerstones for what has the potential to become a relevant choice in the video card market in the near future, but also in the long run. This is provided that the manufacturer continues to dedicate itself to this segment and does not ignore this market, even if RDNA2 will not live up to expectations. As gamers and IT enthusiasts, we need competition.

The new generation – A brief recap

But what is the phase with this RDNA2? Well, AMD’s new video card architecture was first mentioned when we talked about the Playstation 5 and Xbox Series X | S, and then came to the PC. It introduces Ray-Tracing for the first time and something other than NVIDIA GeForce RTX cards and makes significant improvements over the previous generation.

Currently, RDNA2 is the cornerstone for three video cards: Radeon RX 6800, RX 6800 XT and RX 6900 XT. I already talked about the first and most accessible of these in a review and right now I have it on my PC as a daily driver. At least for me, AMD provided exactly what I needed from a video card perspective and even though NVIDIA has a better cohesive software suite, I chose a Radeon card because I also have a Ryzen processor, I also experiment with Linux distributions and I have a monitor with support for FreeSync Premium. Plus, I’m curious about Smart Access Memory and the technologies that AMD is going to introduce. From what you can see in the specs table, AMD Radeon RX 6800 XT and AMD Radeon RX 6900 XT are two similar graphics cards. The differences are not so great, so the performance is similar, and the flagship manages to surpass the theoretically weaker board only in synthetic tests.

Clash of the Titans!

Let’s see how the two boards compare in a direct confrontation. We used three synthetic tests and three games, one of which with active Ray Tracing. Initially, the list of games was busier, but after I got the first three sets of results, I said I could stop because I would just waste time to come to the same conclusion. AMD Radeon RX 6800 XT and RX 6900 XT are two very powerful boards, without a doubt, we only got back to the starting point: the price difference to the more expensive model is not justified.

In the synthetic tests, Radeon RX 6900 XT prevailed over the younger sister, but the difference was small. In total, the difference is about six percent between the two video cards. And this is not exactly ideal for the manufacturer, especially since the Radeon RX 6800 XT costs about 1,400 lei less. 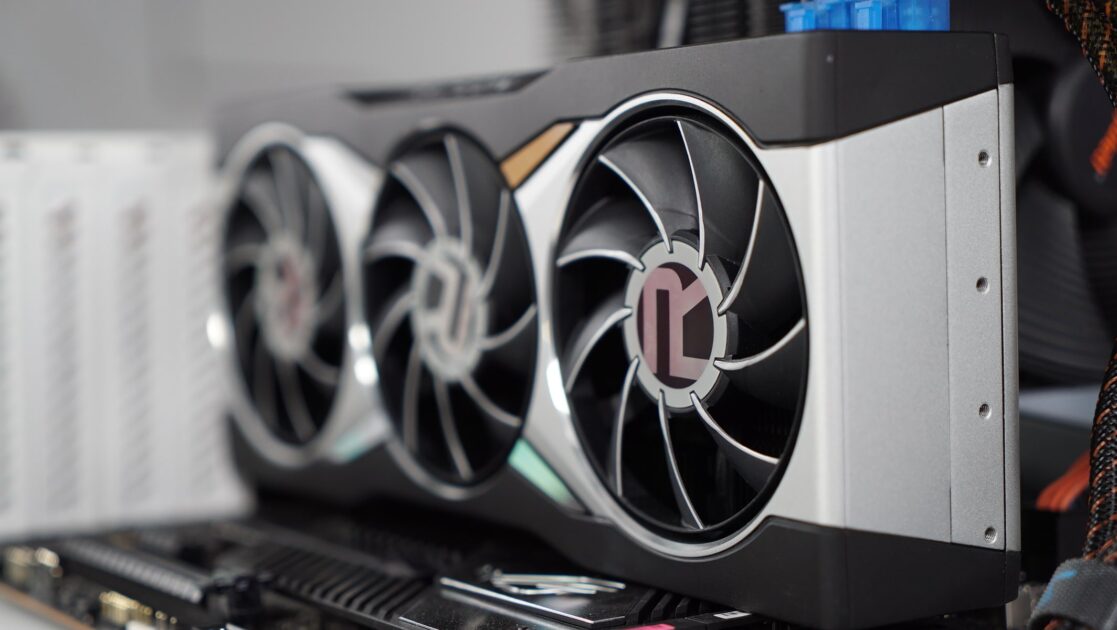 This makes me wonder who AMD tried to address with the flagship of this generation and if not the higher price is just a marketing strategy for the company to address and those who throw money without interest, in the race to have the last components appeared. At the same time, through this price difference, the assumed buyers will move towards the cheaper and imperceptibly weaker model, thus increasing the number of sales. After all, ” it’s a combination ” and we all know how important this thing is in a buying decision.

AMD took two steps forward and one step back

Now seriously, what will be the role of the AMD Radeon RX 6900 XT in all this combination? For gaming, it is clear that the relevant choice is either Radeon RX 6800 XT or RTX 3070/80. And now you may be preparing to tell me that video cards are not just for gaming, but I’m wondering: who would give up the optimizations made for NVIDIA and its excellent CUDA cores to the detriment of a sentimental value that a Radeon card would represent in this segment? Because you can’t seriously choose an AMD board over NVIDIA for professional work, no matter how much some might think it might be.

I really appreciate the direction AMD has taken in this whole Radeon thing, but we don’t have to get drunk on cold water. Even if it offers an unprecedented performance for the company and competes closely with the other big player in the market, it is a start. On the gaming segment we will see improvements in the not too distant future, especially since the new consoles are also based on RDNA2 and the optimization will be much better for Radeon cards, at least theoretically.

But I think this whole thing will remain an enigma, and those who bite the bullet and throw themselves at a new generation Radeon board will not regret it, but they will not yet enjoy all the goodies that the competition offers.

Samsung SmartTag – Avoid losing your cat or your luggage