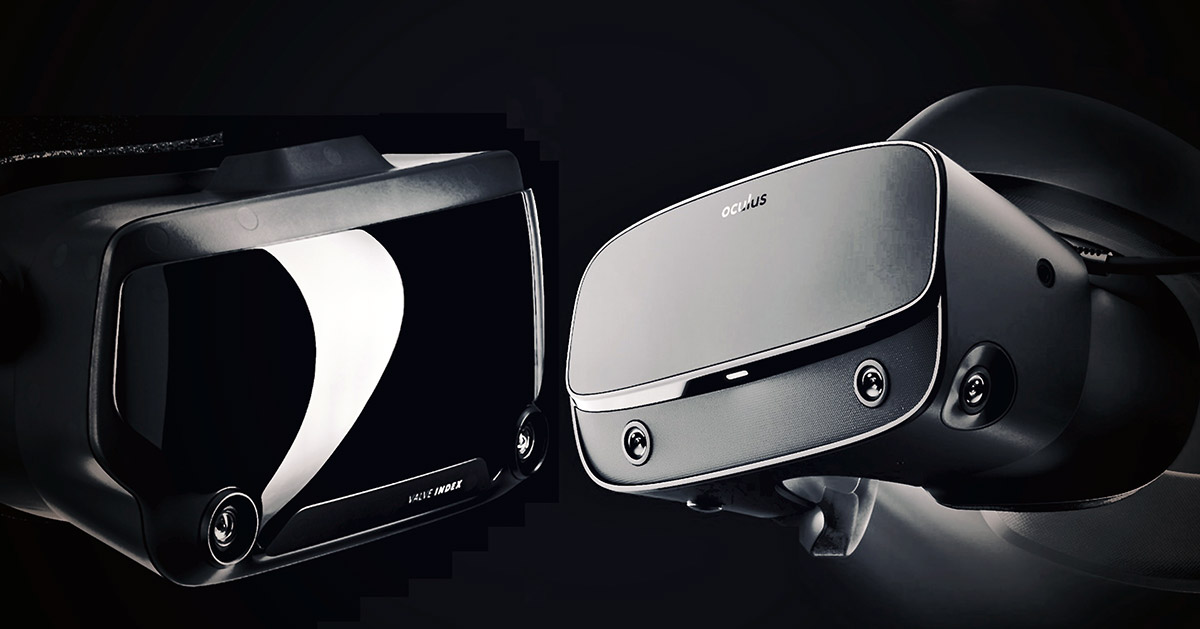 Games for virtual reality have already come out in order, among them there are real masterpieces – so there is a reason to start comparing popular VR headsets. Well, in the blue corner of the ring we have the handsome Valve Index, which has been in severe deficit since the beginning of the year. And in the red corner – the proven and relatively inexpensive Oculus Rift S.  Lets get ready to ruuumble!

The Valve Index officially costs $ 999 (the waiting period for pre-order from the supplier reaches two months; on eBay, a model may be asked for one and a half times more) – this is the price for a Full Kit, which includes the helmet itself, branded controllers and two Steam VR 2.0 base stations. The model uses an LCD matrix, but with an enhanced pixel density – plus a specially designed lens system. The resolution is 2 880 x 1 600, the field is 130 degrees, the size of the matrices themselves is 3.6 “, so the density of points reaches an impressive 598 ppi (according to this indicator, the helmet can be compared with competitors flaunting much higher physical resolution of panels). The device supports 80/90/120/144 Hz sweep and uses base stations for tracking Valve Index weighs more than 800 g Helmet “chip” – not only its screens, but also controllers,

The Oculus Rift S ($ 399) also uses LCD panels, but with a total resolution of 2,560 x 1,440 pixels, the pixel density is 461 ppi. Field of view – 90 degrees, sweep – 80 Hz. The virtual reality helmet does not use base stations and provides tracking via built-in cameras. The Oculus Rift S weighs about 500 g. The model’s controllers are simpler, but they confidently read three fingers on each hand, which is quite good.

In terms of performance characteristics, everything is clear – Valve Index looks like a clear winner. But let’s not rush. 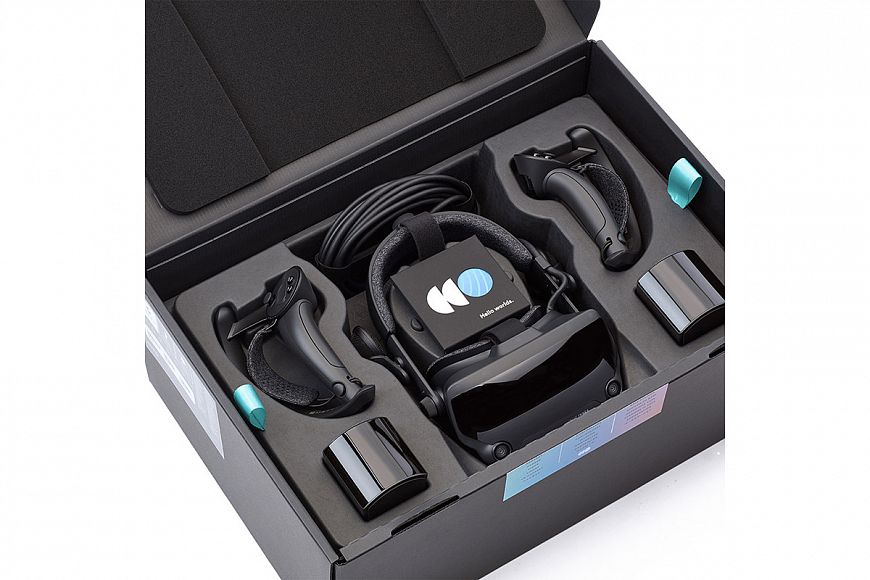 Both helmets are supplied in spacious cases made of thick cardboard. The packaging is made with a bang, there is nothing to complain about. If the Oculus Rift S set is very ascetic, then Valve Index also includes two desktop stands for base stations, a kit for their wall mounting, cords for charging controllers, and even a cover on the back of a helmet (it is used if basic ergonomics are not for you. will do). 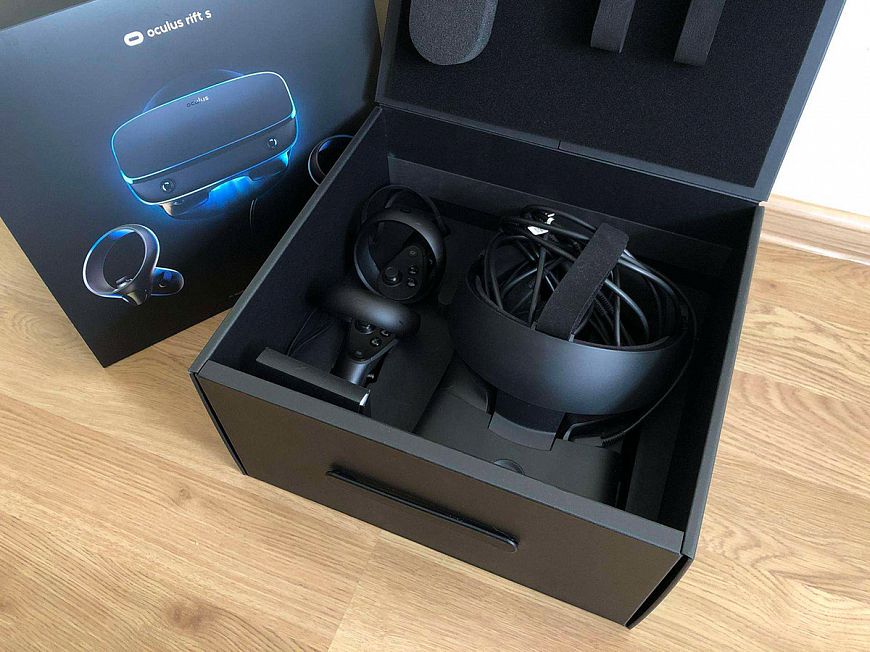 VR helmets are made of durable plastic – this is a very important indicator, since during the game, you can often touch the helmet with the controller. However, tactile and visual inspection reveals the leadership of the Valve Index – this device seems to be a real representative of the premium segment. Well, a glance at the lenses puts all the dots above the “i”. Valve Index has them one and a half times more than Oculus Rift S – and it is the optical system that is most important in such devices. 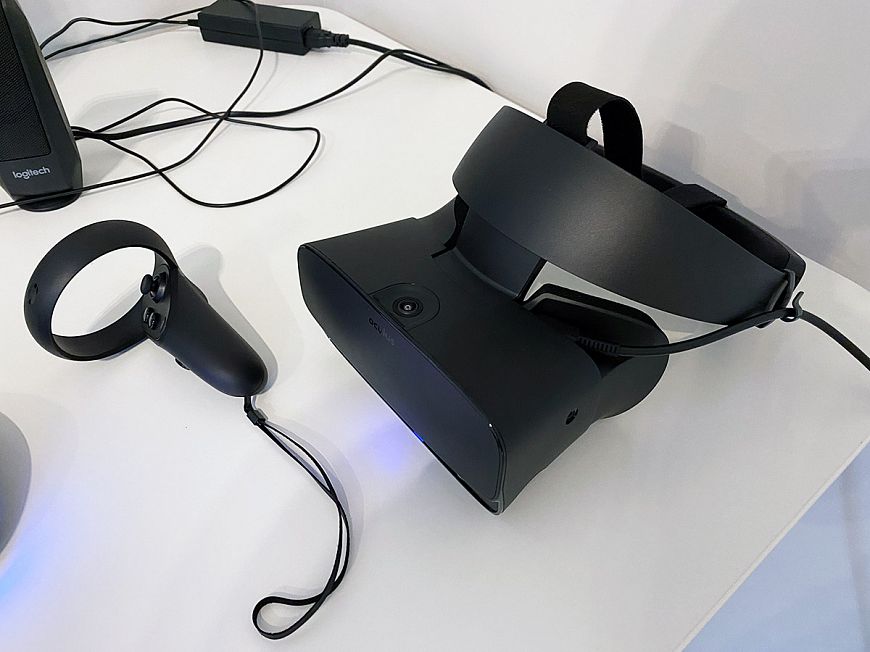 Installing your Oculus Rift S will take you five minutes. Exactly this amount of time will be required to unpack, install two batteries in the controllers, connect to a PC (DisplayPort and USB connectors are required) and go through the setup. Before us is just a miracle of convenience – as if you were not setting up a helmet, but formatting a flash drive. Built-in tracking works wonders! 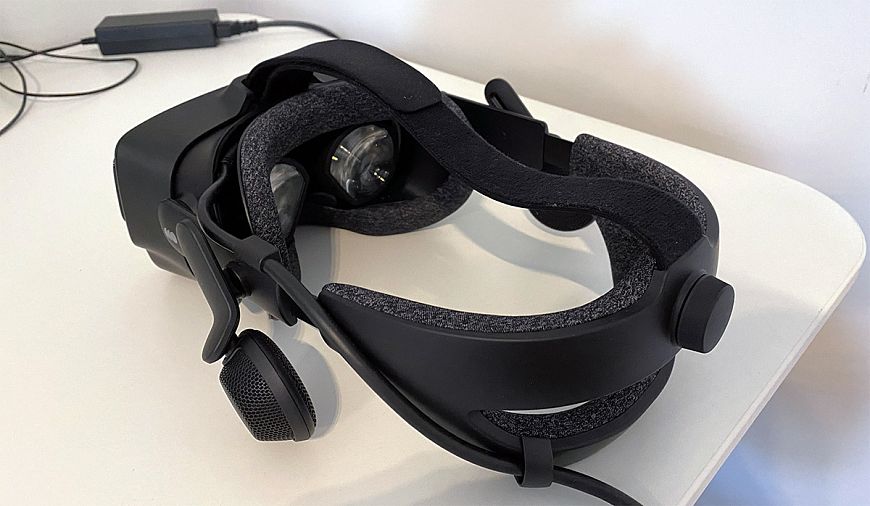 Unlike its “younger brother” in terms of price, the installation of Valve Index needs at least an hour. It will take half an hour to unpack this “constructor”. In addition to DisplayPort and USB, you need three more electrical outlets: the helmet itself and each base station require power. Please note that base stations can only be placed on a table if you want to arrange a small area for virtual reality. In all other cases, it is advisable to install them at a height of about two meters and with an inclination to the place of the user’s main location. And it’s not a fact that the first time you won’t go wrong with the installation and you won’t get bad tracking – so you don’t need to drill the walls right away, it’s ideal to use tripods. 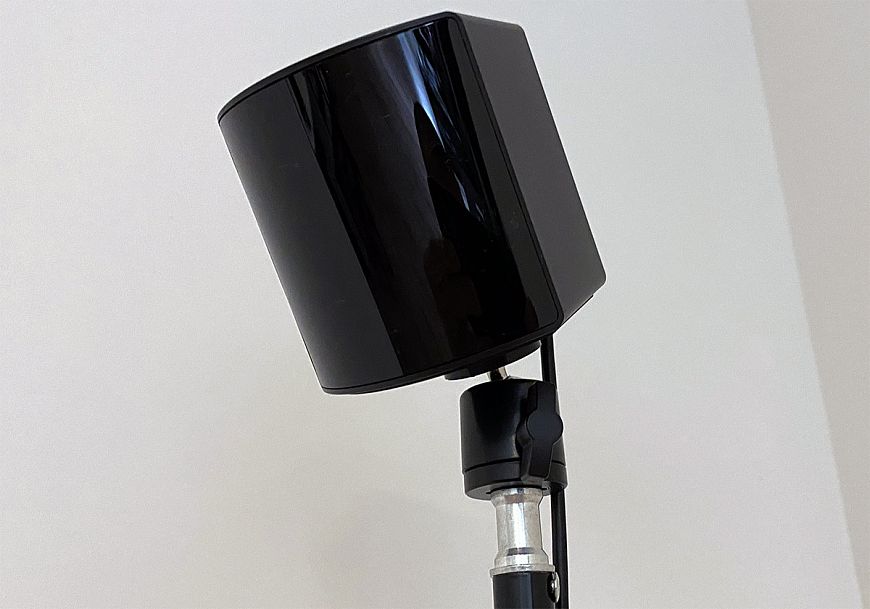 The Valve Index works through Steam VR: and that can still be a problem. To begin with, the base stations of the helmet use lasers and emit high-frequency noise during operation (you will hardly hear it during the game). In theory, they should “fall asleep” after exiting virtual reality (and not distract you when you work on a PC) – in fact, this option is absent by default, you need to go into the settings and activate it. But, even if you do this – not the fact that the stations will activate “standby” – they can give a Bluetooth error and stop automatically turning off. The fact is that, ideally, the helmet should be connected to a USB 3.1 port – if you do not have one on your personal computer, you will have to fork out for the appropriate board. Valve branded controllers can read all ten fingers of the owner, but they vibrate very strongly – and there are no adjustments to the vibration strength in the settings. Finally, they require charging from the USB-C ports, in this regard, the scheme with batteries seems much more convenient, since it allows you to play without interruption in the event of a discharge.

Oculus Rift S against this background looks like a real miracle and an example of stability. With all the desire, it is impossible to find a single bug with him – the same case when “turned on – everything works.” The proprietary VR environment functions exceptionally well, and the headset is also compatible with Steam VR. 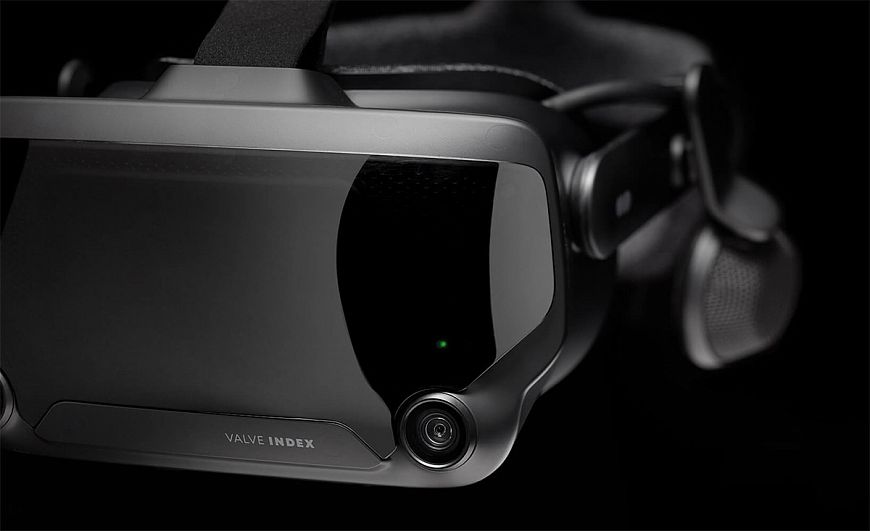 Both devices will require a very powerful machine. The heart of which, for example, should be a video card from 10xx GeForce, and preferably from 20xx GeForce. We have already published a large article aboutassembling a gaming computer, so let’s not repeat ourselves. Two points need only be mentioned. Firstly, the support for a high refresh rate (120 or even 144 Hz, like the Valve Index) further increases the demand for personal computers (in our test, the GeForce 2080 Super worked perfectly with both helmets). Secondly, an SSD is highly desirable, otherwise you will sit in a helmet for five minutes and wait for the next level to be loaded into some Asgard’s Wrath. 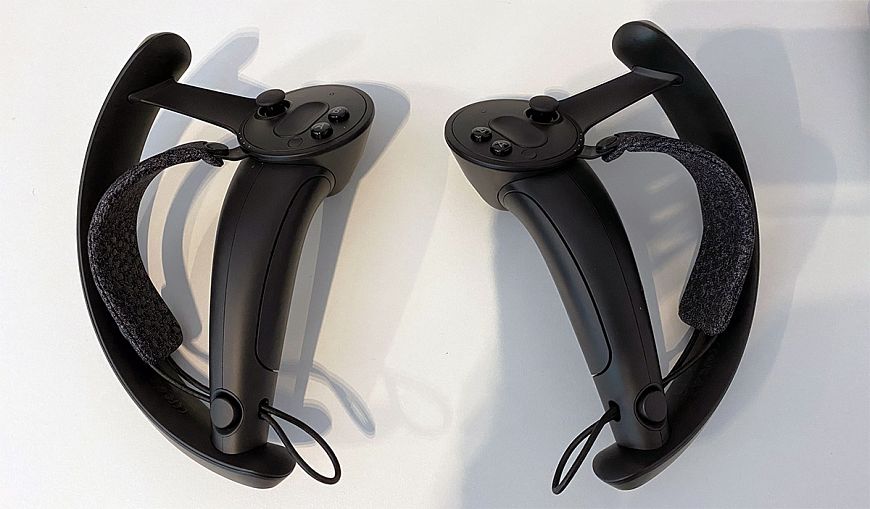 How do I play Oculus Rift S games on the Valve Index?

Oculus Rift S has a rather interesting exclusive library (say, Lone Echo, the same Asgard’s Wrath) – but these games can be used with varying degrees of success with the Valve Index. To do this, you need to install the Oculus software on your PC, purchase the software, not add any helmet to the devices, then install the Revive program. And voila, the Oculus library will appear in the Revive tab in Steam VR. That’s just, there is one “but” – control settings. Sometimes, due to the lack of side triggers on Valve controllers, it will be a real torment – you will have to shovel the forums and tweak the control circuits.

Valve Index fits perfectly on your head. The weight of the helmet is rather big, but the system of fitting to the size of the head is very convenient, and the weight distribution is adjusted so that you will not get tired at all. But the helmet heats up noticeably during work, it heats the bridge of the nose especially strongly. Among other things, the Valve Index allows you to adjust the interpupillary distance. But the wide FOV (130 degrees) of the model is available only when the lenses are moved close to the eyes – that is, if you are playing with glasses, the real field of view will be slightly lower (about 120 degrees).

The Oculus Rift S feels much worse on the head, after an hour of playing it already wants to be taken off, it noticeably presses under the eyes – and this cannot be neutralized with the settings. In addition, the locking screw at the back of the head is very rough. But the helmet hardly gets warm during work. The motion sickness effect is more noticeable on the Oculus Rift S, most likely due to the lower scan frequency. 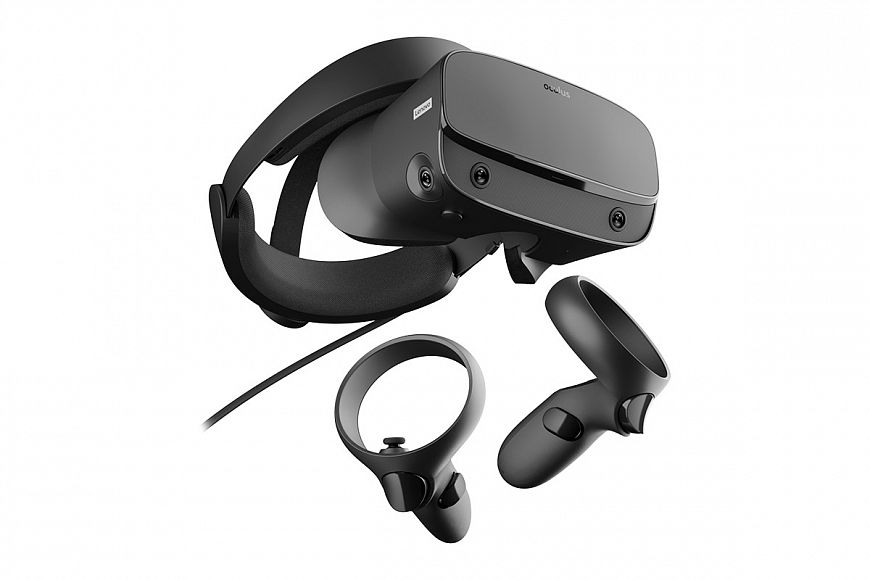 If you take the same Half Life: Alyx, Valve Index controllers work wonders. Simply unclenching your palm to throw something, taking objects with extreme confidence is fantastic.

The Oculus Rift S controllers are slightly rougher, but they are also lighter in weight – so your hands won’t get tired. And, as mentioned, they are battery powered, which allows for a “quick recharge”.

In works where fencing or archery is required, the external (well-tuned) tracking of Valve Index slightly surpasses the built-in solution from Oculus Rift S. On regular games, you will not notice the difference. Probably, the use of “beacons” will be gradually replaced by the use of cameras built into helmets – they work not much worse. 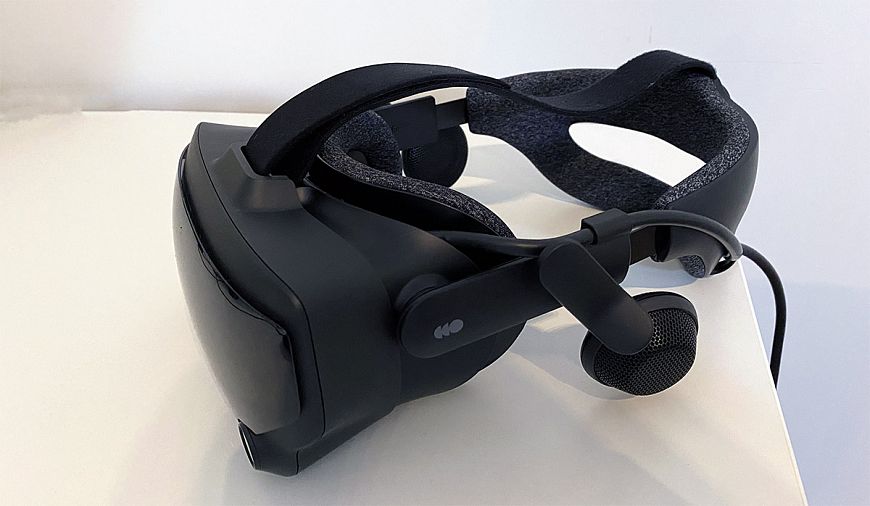 Valve Index demonstrates a stunning picture – rich colors, barely noticeable “grid” and decent black. Due to the high scanning frequency of its panels, the image appears to be extremely stable. Of the minuses, a barely noticeable “veil” in the picture can be noted, due to the physical resolution of the matrices.

The Oculus Rift S is inferior in every way. From color rendition and black level (it’s just dark gray here) – to a clearly visible pixel grid in the picture. The detail, again, is less – the difference in how, for example, weapons look in Half-Life: Alyx is quite large.

The Valve Index is leading our standings – despite (still) raw software, the helmet delivers excellent visuals and superior comfort. However, Oculus Rift S is clearly better in terms of price / quality ratio – in addition, it is set up in a few minutes, being, in fact, a “legend destroyer” that tells that virtual reality is dreary and difficult.