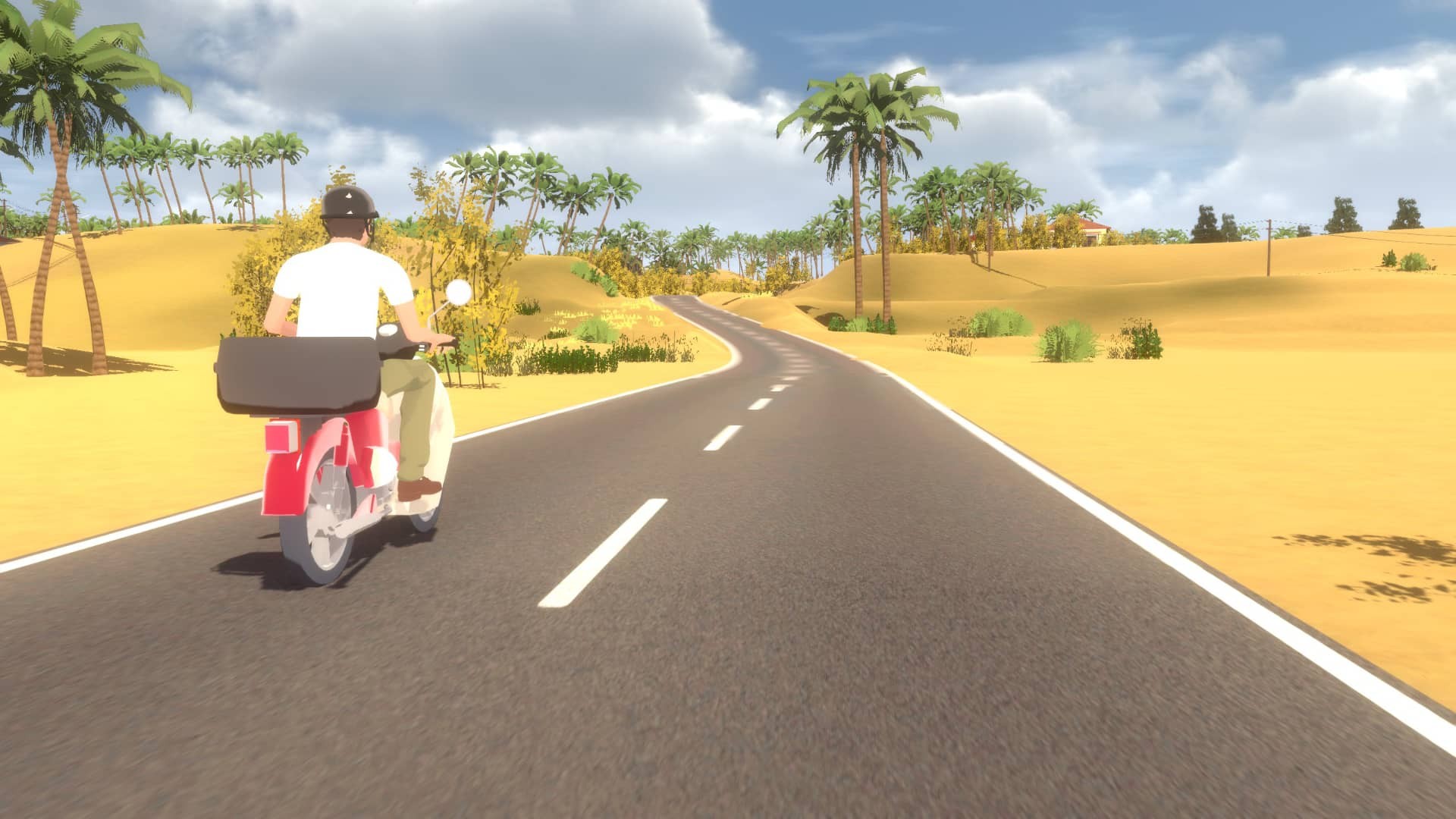 Sid is a writer in deep personal crisis. After his former success, things are not going well for him. In an effort to do something sincere and honest (but to sell it in a decent print run), the hero finds himself in a creative dead end. And not only creative – it was as if the foundation had disappeared from the life of the writer, “magic” vanished, courage was lost, and the creator himself metaphorically closed himself in his room, not wanting to look out of its limits.

But a crisis is a crisis, and the plot of a new book for applying for a grant needs to be invented, because the inexorable deadline is getting closer, and money is needed. However, instead of inspiration, his friend Edzhey comes to Sid with a message from the hero’s mother: there was a buyer for the house (the place where Sid spent years of carefree youth), and today a farewell dinner will take place. Dreams of days gone by

The path to home is not short, both geographically and psychologically. The road, one way or another, leads Sid through meetings with people who are significant to him. Those who influenced him, those who spent the happiest years with him, those who carry the same melancholy as the protagonist. And, despite the rush, the writer manages to discuss the sharp career changes with a friend; remember the old days with an old friend, and grumble about the fact that the games and music are not at all the same now; and have a heart-to-heart talk about life tipping points and reasons to “move on” with your former lover.

All dialogues are saturated with sincere sadness and are written so piercingly that after each scene it makes sense to take a breath and thoroughly feel what you saw – they respond so subtly and sharply in your soul. Forgotten Fields focuses not on general hot topics, but on personal matters that I am sure are close to everyone. After all, who at least once has not been tormented by thoughts about the correctness of the chosen path of life or profession, and in general the meaningfulness of his own life? Or thought that he had lost his taste for life? Or maybe he sincerely hated everything new just because it was not the same as usual? Siradil, the heroine of Sid’s future book, is also a playable character. And she has works inside the events, for example, stealth missions

There is nothing wrong with these existential doubts, because reflection is, albeit a painful, but sure way to understand yourself. Sid is completely and completely immersed in comprehending his own life and the lives of people close to him. From heavy and oppressive reflections on the lost feeling of serenity and the former ease of existence, he gradually comes to a simple, but still elusive thought for many: we are changing, our goals and outlook on life are transformed, and what seemed to be the peak of dreams ten years ago is now may not look all that inviting. And there is nothing wrong with that, because other landmarks have replaced them. The main thing is not to let the past interfere with enjoying the present, because it is here and now that our life passes. For household chores, for fun leisure, for writing / reading a review, for happy hours with loved ones, for spontaneous undertakings. Years later, this very moment of life, perhaps, will be perceived as a lost piece of happiness or, who knows, will be lost in the abyss of memory.

Forgotten Fields game elements that are firmly woven into the fabric of the story contribute to this attitude. Every, even the most seemingly insignificant, matter carries a sense of the value of the moment: replacing the spark plug in a scooter; help (albeit not deliberate) to two quarrelsome neighbors in restoring peace and harmony; collection of linen scattered throughout the neighborhood; spontaneous assistance to unfamiliar rowers; launching a ball from a tree for local boys; spontaneous swimming in the ocean; or even a simple arrangement of plates on the table.

Through simple everyday situations and intimate conversations, the hero finds himself ever closer to the place that conceals so much disembodied happiness and real anxiety – to his father’s house. Together with Sid, the heroine of his future book (inspired by this melancholic return home) also makes this path. Even though Siradil lives in a fantasy world, her collisions are a direct reflection of all the torments of the author of the epic. She lost her magical power, disappeared everything that she held so dear. Like the writer, she would like time to stop at least for a moment, to give an opportunity to catch her breath. And, embodying the aspirations of Sid, she finds herself in a place where Chronos has no power over the fate of people. But he soon realizes that there is no point in such existence, because life is a road forward, albeit full of uncertainty, with its bumps and irregularities, but no less beautiful. 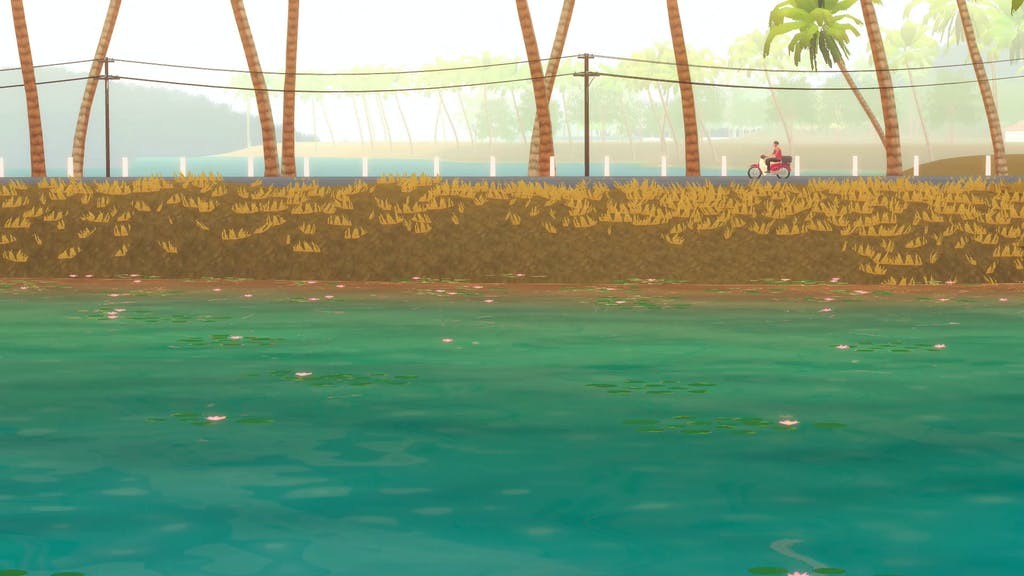 Each character has his own sincere everyday experiences and aspirations. Roan, for example, got tired of his soul-draining job as an event organizer, but found himself in the diving industry.

Sid’s little journey and the subsequent nostalgic farewell to home absorbed a lot of themes and experiences of the heroes of our time. But we will have to draw a line under the whole work by choosing one of the fundamental options: to catch on, albeit for a short time, to the past, which gives momentary happiness and inspiration, or to embark on a future full of uncertainty and see what will come of it. The solution is not obvious, like our whole diverse and complex life.

Forgotten Fields is an extremely complex piece, although it seems quite simple in form. A heartfelt story and game elements that complement the narrative skillfully run along the strings of the soul, and the themes touched upon by the game seriously excite and touch the quick.