The GeForce RTX 30×0 series of cards has been monopolizing the interest of PC gamers for a few weeks now, with the GeForce RTX 3080 Gaming OC 10G gaining the impressions so far. But we also expect the RTX 3070 and RTX 3060 that will cost less and offer higher performance / price ratios. What can one say about the RTX 3090, that it is very expensive and really hard to find?

As we have seen for ourselves, finding any RTX 3080 card is as difficult as you have heard and read in various of our articles. But with the help of Plaisio Computers, we were able to access one of Gigabyte’s implementations and see if all that Nvidia promises in terms of performance has anything to do with reality (spoiler: they have!)

The Gigabyte GeForce RTX 3080 Gaming OC 10G is therefore a card that makes its presence felt from the beginning. With dimensions of 320 x 128 x 56 mm, it is one of the most voluminous cards that can be found in the market, so if you are seriously considering buying it, in the first phase, make sure that there is enough space in your box. 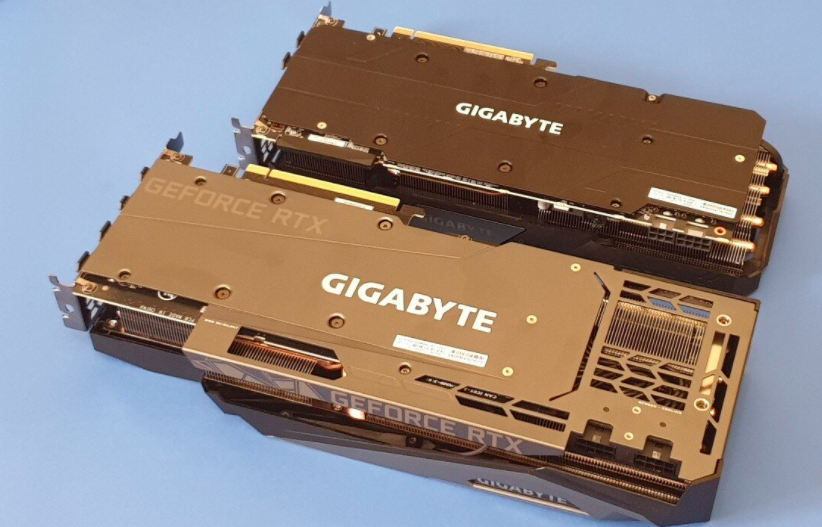 It has three fans with 3D Active Fan technology with the closest to the I / O having a diameter of 80 mm and the other two 90 mm. increases air pressure.

The Windforce 3X cooling system is completed by seven copper heat pipes of 6 mm each and also a copper plate with which both the GPU and the memory modules have direct contact. The back of the card on the bottom side is perforated, contributing to better air flow and heat dissipation. 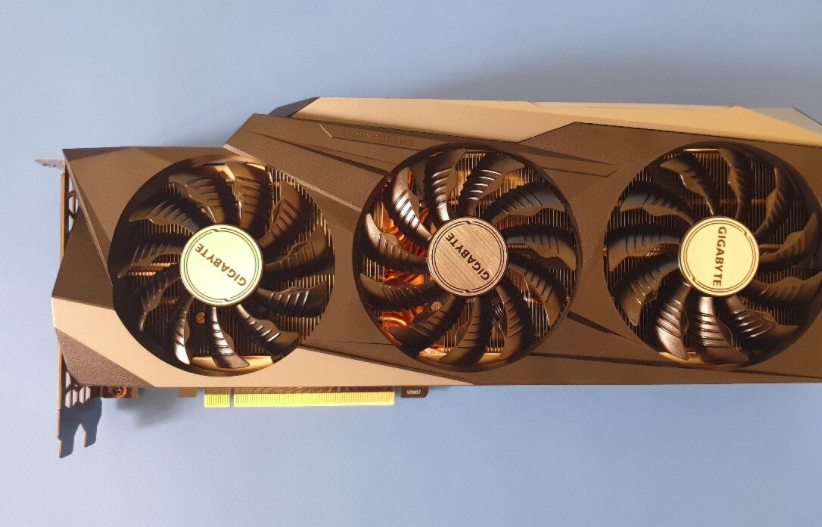 The Windforce 3X cooling system is completed by seven copper heat pipes of 6 mm each and also a copper plate with which both the GPU and the memory modules have direct contact. The back of the card on the bottom side is perforated, contributing to better air flow and heat dissipation.

On its I / O, the Gigabyte GeForce RTX 3080 Gaming OC 10G has a total of five ports: three DisplayPort 1.4a and two HDMI 2.1. Two 8-pin cables are required to power it. This one does not have the new 12-pin connector of Nvidia, something we definitely did not like but it is not the absolute responsibility of Gigabyte since Nvidia for the time being incorporates it only in the Founders Edition. 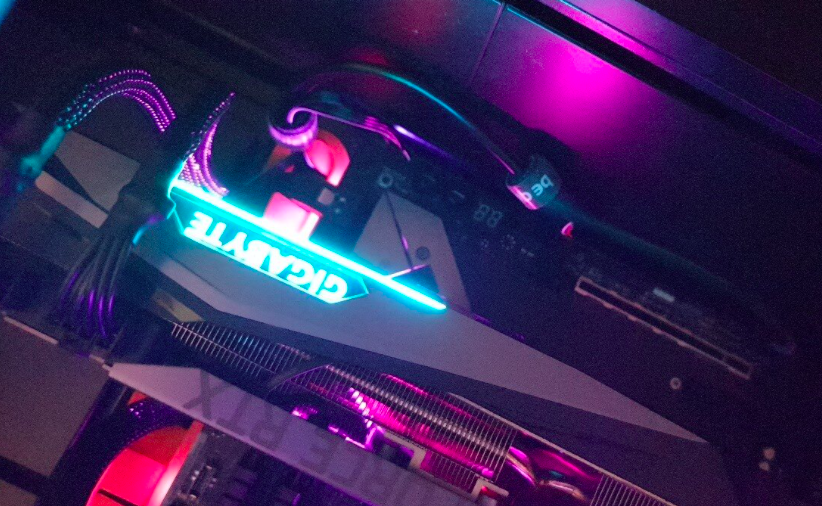 But what does one get by investing in the Gigabyte GeForce RTX 3080 Gaming OC 10G? Gigabyte implementation is therefore based on NVIDIA GPU GA102 and has been manufactured with Samsung 8 nm technology. Comes with 8704 CUDA cores, 272 Tensor cores and 68 RT cores. It has 10 GB of GDDR6X memory at 19 Gbps, which in combination with the 320-bit memory bus gives us a bandwidth of 760 GB / s.

It connects to the motherboard via PCIe 4.0 x16 while for its operation, Gigabyte itself recommends a power supply of at least 750 W. It is worth noting that this implementation has greater needs than a standard RTX 3080 with 340 W compared to 320 W of the latter (of course all RTX 3080 seem to end at 350 W according to the measurements of our friends at Cybenetics / Powenetics) . Nvidia deliberately reduced the power limit (and performance mainly by overclocking) until the new 12-pin connector could deliver its full power, something that will happen when there are fully compatible power supplies (PSUs).

The system we tested the card on was a Ryzen 3900XT with ASRock B550 Taichi motherboard, 16GB RAM (2x 8GB HyperX Predator DDR4-3200) and Samsung NVMe M.2 SSD 970 EVO Plus 500GB. The first thing we noticed when testing the Gigabyte GeForce RTX 3080 Gaming OC 10G was its silent operation. The fans start working at 60o C so if you do not force it too much, the card will not bother you. The maximum temperature we measured, however, reached 65o C, a performance that is placed within the acceptable range. Noise levels, however, are fully acceptable as they do not exceed 41 dBA when the fans are turning at maximum speed (1680 rpm).

As expected, the Gigabyte GeForce RTX 3080 Gaming OC 10G showed its value in games that support Ray Tracing technology. Trying titles like Metro, Shadow of the Tomb Raider and Chernobylite we were impressed by the realistic lighting and shading. In comparison with an RTX 2070 Super, the new generation NVIDIA card “shines” even more. Tensor cores are what make the difference, with the RTX 3080 producing around 238 TFLOP / s in AI / DLSS, when the RTX 2080 stops at 89 TFLOP / s (167% improvement).

And in the games we tested, the result was amazing: a constant frame rate that in the vast majority was over 60 fps even in 4K resolution.

To evaluate the performance of the system we used the well-known benchmark 3DMark (in the routines Time Spy, Time Spy Extreme and Port Royal) and the Unigine Superposition as well as the games Chernobylite, F1 2018, Gears 5, Shadow of the Tomb Raider, Tomb Raider and Metro (RTX). In the games we used the resolutions of 1920 x 1080 pixels and 3840 x 2160 pixels using the default settings Low, High or Very High (Ultra or Ultimate) in their built-in benchmarks.

As for the accompanying software, the Gigabyte GeForce RTX 3080 Gaming OC 10G is framed by two applications. The first is RGB Fusion 2.0, which lets you adjust the lighting on the card and sync it with other compatible devices – as long as you have one. There is a choice between 16.7 million color options and eight lighting effects.

The second is the AORUS Graphics Engine which will allow you to customize the operation of the graphics card. It has a fairly easy-to-use user interface, through which you will “play” with the lighting, select a mode (OC, gaming, silent, custom) and change the clock speed, power target, voltage, fan speed, etc. Since you know what you are doing, you can adjust the card according to the game you are about to play.

The Gigabyte GeForce RTX 3080 Gaming OC 10G is the perfect card for the “power gamer” who has no problem putting his hand deep in his pocket. In terms of price / performance it is the best available, at least for now, in the high-end category, ensuring unsurpassed 1440p performance and great gameplay experiences in 4K resolution. This implementation of Gigabyte is considered extremely successful.