The genre of classic point-and-click adventure games, which survived its “golden age” in the 1990s, thanks primarily to the work of masters from companies such as Lucasfilm Games / Lucas Arts and Sierra On-line, has sunk into the new millennium. into oblivion, but was reborn again in new conditions – albeit in a slightly different weight category.

Monthly – or even weekly – on various platforms, including Steam and Itch.io, a lot of works are published by new generation indie authors who were brought up in their time on the same imperishable classics; not all of them turn out to be of the same quality, and the more the work of experienced publishers deserves respect, both helping novice authors and making a kind of selection of projects that are most worthy of public attention. Luna: The Shadow Dust and The Longing . Mutropolis stands out against the background of these latter by the lack of special innovations in terms of gameplay: in fact, we have before us the most that neither is the classic point-and-click adventure. Fortunately, the authors managed to make the usual gameplay very exciting.

Mutropolis is the debut project of the Madrid-based Pirita Studio, which has only two young authors: Beatrice Gascon was responsible for the artistic side of the project, while Juan Pablo Gonzalez took over the software and musical parts – in fact, the gameplay is their joint creation. As well as the plot, which here, to put it mildly, is not the most familiar: the events unfold already in 5000 AD; almost three thousand years ago – somewhere in 2200 – a cataclysm of an unknown nature occurred on Earth, and the surviving representatives of humanity moved to Mars. This is where, many centuries later, we meet our hero, a young red-haired bespectacled man named Henry Dijon: he is an archaeologist from a local university, going to excavation on Earth as part of an expedition led by the old (and a little absent-minded) Professor Totel.

As you might guess, the Spaniards could not boast of a special budget, and therefore the introductory video with an introduction to this plot is extremely short and not very informative here. But for a slightly more detailed acquaintance with the background, the authors released a special mini-game Mutropolis: Mars Episodes a couple of years ago, available for free . Made on the same Visionaire Studio engine, this “prologue” will allow us for a few minutes to test ourselves in the role of the same professor Totel, speaking at a scientific conference with a story about his plans to discover Mutropolis – and trying to convince the assembled colleagues and rivals of the need to finance this is his project, by choosing the “correct” replicas from several possible options. 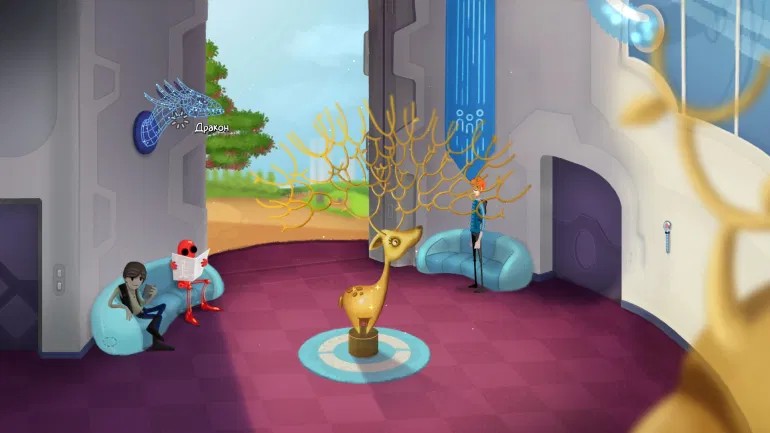 We have come across archaeologists in the fantasy world of the future more than once in adventure games, for example, in Heaven’s Vault- However, in Mutropolis, the bias towards science fiction is not particularly felt. The life of scientists of the 50th century is not so much different from today, and no one is going to let us go to Mars and in general into space – rather, the dating of events with such an excessively separated time is done for humor: the Martian colonists know little about earthly realities of the past, and therefore they often find themselves in funny situations, trying to determine the purpose of this or that fossil artifact or the profession of some historical personality of the period of the twentieth century. The strangest and most unusual in the plot – but indicated in the description of the game, so there will be no “spoilers” here, – is the attraction to this story … of the ancient Egyptian gods who suddenly appear before us in the flesh and strive to destroy all the remaining humanity. The graphics of the game, despite its somewhat post-apocalyptic setting, are made in bright colors with a predominance of green (which is just quite logical: nature very quickly comes into its own on the ruins of civilization). The background pictures – of which there are more than fifty declared here – were made by Beatrice Gascon by hand and look quite nice, although they do not differ in special elaboration of details, resembling simple watercolor drawings; the figures of the characters turned out to be a little more controversial due to some stylization: perhaps not everyone will like the legs-matches of Henry and his friends. By the way, we have few actors: in addition to our protagonist and Professor Totel, the expedition includes two more girls, the blonde Karlat and the brunette Cobra, two dark-skinned twin brothers Luke and Mikro, specialists, respectively, in the economic and technical parts, as well as the most charismatic member of the team – the robot Max, which is a small orange sphere on tracks and with one eye.

A little later, two of the same ancient Egyptian gods will be added to the number of the main characters; In addition, we will meet with several other people, both with the Martian settlers and with the descendants of the indigenous earthlings, who miraculously survived the cataclysm. The voice acting in the game is exclusively English, but the translation in the form of subtitles – quite high quality – is present in nine more languages. 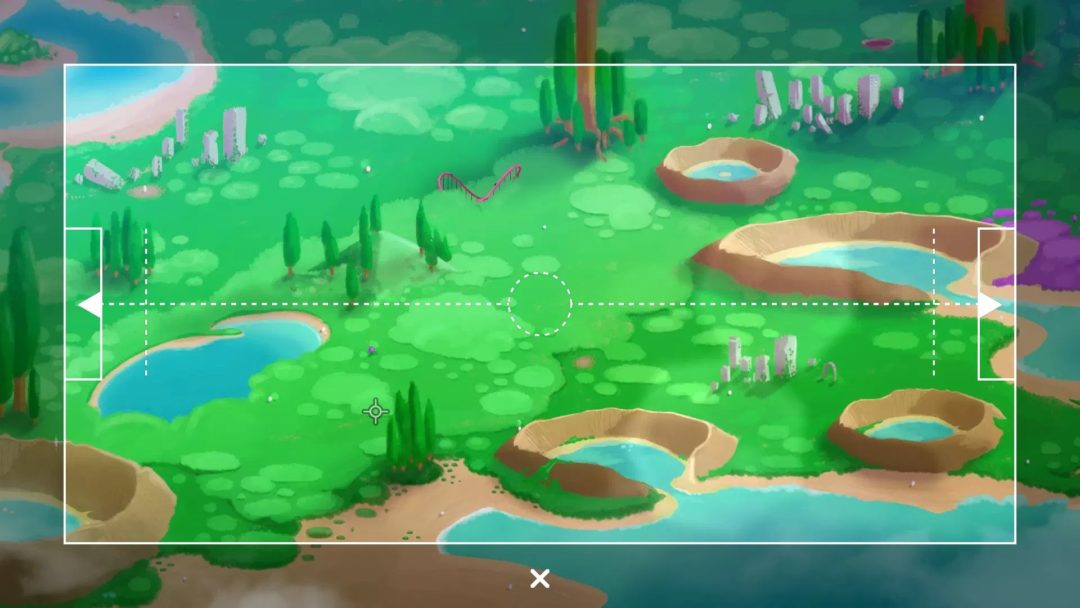 Like any classic adventure game, Mutropolis differs in a third-person perspective and purely “mouse” control: the right button of the manipulator is not used in any way, and the left button is responsible for everything – as for moving Henry across the screen (the symbol for moving to a neighboring location is a circle with a tail and a dot in the center; double-clicking on it will mean an instant change of scenery), and for inspecting, taking or using active objects (those are signed and highlighted by another change in the cursor shape, but there is no way to highlight their ability). The inventory is called up by turning the mouse wheel or pressing the “I” key – we have it very roomy and allows you to combine selected items, but to inspect them you need to transfer them to the eye icon displayed on the side.

Perhaps, the riddles are precisely the most remarkable advantage of the Pirita Studio creation, and this despite the fact that they are all purely quest-based here, that is, they come down to collecting, combining and using in the right places appropriate objects. Communication with the characters is also present, but there are not so many topics for conversation, and there is almost no need to choose lines at all. On the other hand, an impressive level of complexity is achieved by the relative openness of the local world against the background of a general tendency towards simplification.

The plot of Mutropolis is strictly divided into three chapters, but the first of them, very chamber in scale, plays the role of a prologue and is completed in a few minutes, while in the other two we have a dozen locations at once at our disposal – and at the same time several tasks to complete. Trying all possible actions by banal mechanical enumeration is hardly interesting, and it would not be very advisable to do this because of the multitude of available options. This means that you will have to delve into the logic of the authors, which is not quite standard here, but still fascinating enough so as not to give up the passage halfway, but to continue to research, compare everything you saw and heard – and try to find the right solution.

Whatever we have to do already in the second chapter of the game – and make a composite of the (allegedly) wanted criminal, and scour the Internet in search of information about distant events of the twentieth century, and open several safes in a row (including by manipulating freshly constructed master keys ), and to take fingerprints, and even change the seasons within the framework of one single university kindergarten. In the third and last chapter, this kind of entertainment will be supplemented with operations with a map and treasure hunt, communication with the natives in the ancient and forgotten language of “emoji”, textbook three trials ™, as well as – finally – the opportunity to play as a little robot Max, when graphics are rapidly pixelated,

In general, apart from the traditional hunt for optional Steam achievements, the passage of Mutropolis takes about nine hours – a period by no means a record, but the impression of the game is extremely pleasant, as one of the best adventure games that have appeared in recent years. Without any experimental innovations in terms of gameplay, with a controversial plot in terms of logic and with a simple visual design, Pirita Studio managed to equip the classic gameplay with a whole set of original, interesting and moderately complex puzzles. Best recommendations for all adventure fans!

Mutropolis is a classic point-and-click adventure game with original and difficult puzzles. It is a great gift for fans of the genre!

Luxman P-750u Review: Will appeal to any audiophile