The Wild Case Review: A very good but short adventure Over the fifteen years of its existence, Specialbit Studio has released a lot of casual games, mainly on mobile platforms, however, it is better known for its pen in a much more attractive and traditional genre of classic point-and-click adventure games – Angelo and Deemon…

The project, released in 2019, left the best impression in itself, if not counting the too short duration. As you can see, financially, the studio is not doing the most enviable way, because instead of the expected continuation, a completely different game has appeared so far. 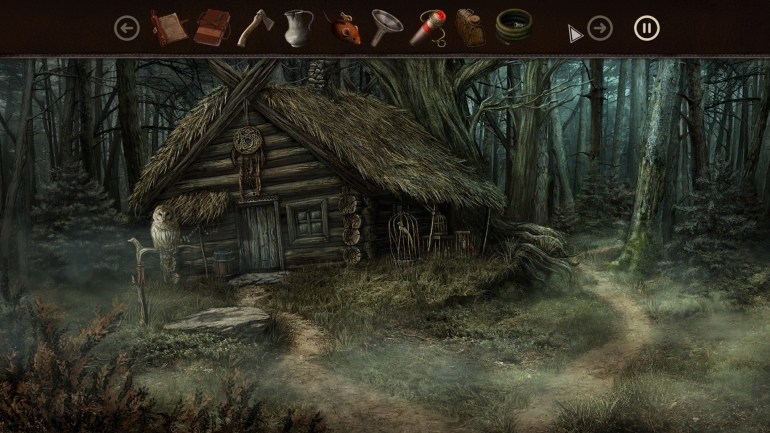 Compared to its predecessor, The Wild Case is a kind of “step back” towards casualness – at the same time, before us is still not some kind of “search for objects”, but a full-fledged (albeit, again, to an insulting miniature) an adventure with an interesting and moderately original plot, characters for communication and a variety of items to collect and use.

Unlike Angelo and Deemon, the former classic third-person adventure game, The Wild Case is characterized by an “eye-to-eye” perspective. Accordingly, our protagonist is invisible and nameless – a certain researcher-specialist in various kinds of paranormal phenomena; the story begins with the fact that the hero receives a request for help from some very remote and lost in the thicket of the settlement, whose inhabitants encountered unprecedented animals – huge wolves, bears and boars with glowing red eyes – and suspect the action of evil spirits … frankly, not the most original one, which could well fit any of the numerous “casual games” in a faceless and standard entourage – but in fact, everything turns out to be much more interesting. For despite all the hints of the supernatural, as a setting, we see a typical village from the Russian provinces, somewhere like that of the middle of the twentieth century – an era and place that are very rare in modern computer games. The exact dating and localization of events are not explained in any way, and some deliberate anachronisms are also present here; During the development, Siberia was mentioned as a place of action, but in the final version of the game there was no longer any geographic reference, apparently to avoid inappropriate and unwanted political connotations. But The Wild Case looks simply excellent – both colorful, and recognizable, and extremely detailed. The half-abandoned remote village and its surroundings seemed to have frozen in time, so that, despite the already mentioned anachronisms like a strange compartment with soft sofas and a separate exit (there seemed to be no such thing in Soviet times) in the train carriage on which we arrive to the nearby town, and on the sign and advertisement of the station shop, left over from the tsarist regime (i.e., for some reason, written in pre-revolutionary spelling), shabby stone buildings and picturesque, but poor wooden huts against the background of dull autumn landscapes resemble those that are probably still possible today meet somewhere in the Russian hinterland.

And the witch’s hut in the forest and the local cemetery do recall the centuries-old Slavic paganism in the spirit of, say, last year Mira . Although the rest is still an era of industrial development: we will have to constantly handle various mechanisms, from a tractor to a diesel generator, and the very place where we go is a mining village that has fallen into decay after the exhaustion of the ore-bearing vein – and especially because of the recent events in the face of those very red-eyed animals with which we are called to deal. 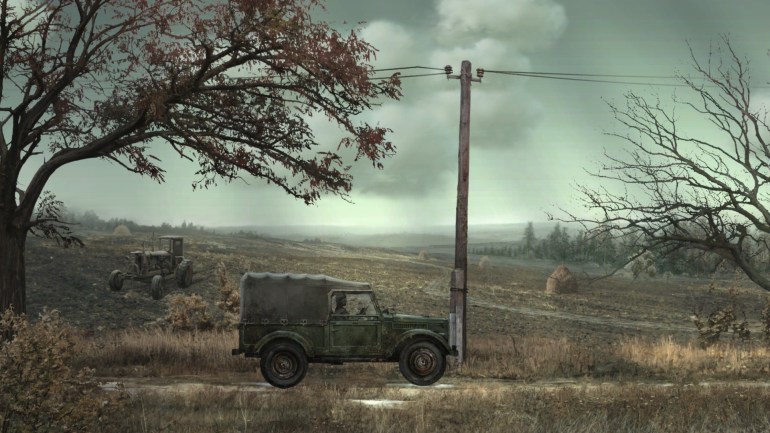 All control is carried out using the mouse; moving the cursor to the active object on the screen changes the shape of the pointer and displays the signature in the form of the name of the point of interest. The inventory panel is hidden at the top; the first two local objects we will use all the time – this is a notebook with a list of our tasks (when executed, they are crossed out, which is accompanied by the appearance of the corresponding inscription with a checkmark in the upper right corner of the main game screen) and a map – with instant movement to any of the already visited locations (as a convenient alternative to moving with arrows along the edges of individual screens). Together with the large print, these interface features can be considered some concessions to casualness – but, for example, there is no such popular indulgence in modern adventure games as highlighting active objects.

However, there is no need to complain about pixel hunting: despite the clarity and detail of the location image, it will not be difficult to find anything of potential interest for us on it. Already used points of interest disappear, and new ones appear in their place: in other words, the quest gameplay is extremely linear, each time we face, as a rule, one single task, and after each significant event (like meeting a new character or solving another riddle ) the whole “level” should be bypassed again to check where someone else has appeared with whom we have not yet spoken, or a new item available for use. no difficulty.

Such a “level” should be understood as a set of interconnected and accessible locations at any given time. The first, smaller half of the game, we will spend in the area of ​​the station of a certain town, where you can visit a buffet, a shop, etc. – in an attempt to find transport to the forest village for which we got here. Our destination itself is more ambitious and boasts already a dozen or more screens, also open for a visit at any time.

Here we will visit, for example, the post office (the manager of which has been engaged in another “business” for a long time, since no one writes letters to anyone), a bathhouse, the house of the chairman of the village council (this administrative building itself is closed due to an emergency condition, so the way there will have to look for a bypass), a stable, a “witch’s” hut in the forest, etc., as well as, say, “Institution” of a local moonshiner, where without it. Quest tasks, as a rule, come down to a simple and classic scheme: talk to the character from whom we need something – and find out what he needs, then find and bring the necessary item or negotiate help with someone else … There will be no chance to combine objects in the inventory, but you will have to use them on the main screen regularly – by holding down the left mouse button and dragging them to a suitable place.

If we add the abandoned mines to the vicinity of the station and to the village, where we find ourselves closer to the final and where the instant travel card stops working, it turns out that The Wild Case has three implicit chapters of history.

The plot of which there are not enough stars from the sky, but still looks moderately fascinating, especially thanks to the colorful picture; unfortunately, all this goes through record-breakingly fast – in two or three hours maximum.

In preparing the article, materials from https://itc.ua/articles/the-wild-case-malenkaya-otechestvennaya-advenchura/ were used. Visit article here.