Astell & Kern Layla AION Review: On the verge of fantasy 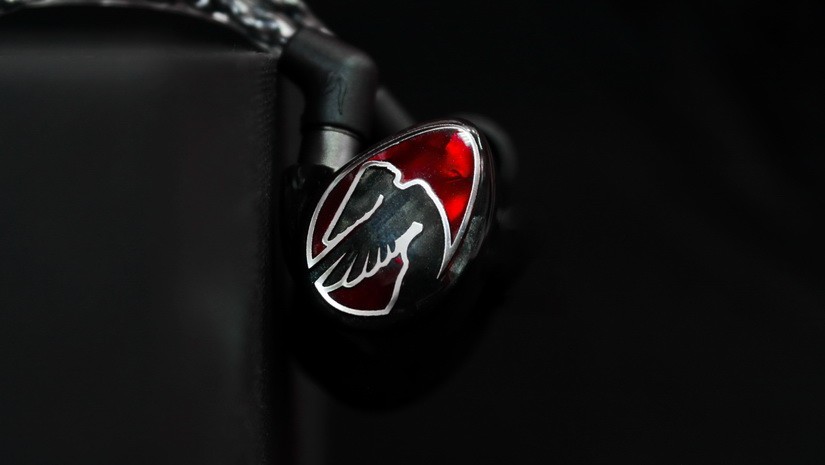 The review is unlikely to be completely objective, since I am a fierce fan of Astell & Kern, Jerry Harvey Audio and Harvey himself (very cool guy, check out the biography at your leisure). And  I was waiting for the new  Layla from the first day of her announcement, but I tried to evaluate as impartially as possible.

Leila’s clothes make a positive first impression: there is no unnecessary tinsel with gilding, everything is stylish and concise. A cardboard casing with a print of the model, technical characteristics and a set posing for Jerry on the back side of a set that has already become a familiar design of Astells and Jerry Harvey Audio collaboration products.

Under the cardboard protection, there is a dense solid box, inside which the accessories are located. Headphones are expected in a chic Kevlar case, obviously, for greater safety, they were not taken outside of it, unlike younger models, for example  Rosie  and  Diana .

The set of accessories is as follows: The package bundle is complete and, by and large, the only thing missing is a replaceable cable, which I would like to see as an accessory for monitors of this level. The adapter is not inferior in quality to the cable, but the replaceable one is still clamped.

By the way, the wire with the dreadful name “OFC 4N” is 8-core, silver-plated and in rigid insulation; reliable connection is provided by 7-pin iridium connectors, specially designed for the new  Layla , this is not any MMSH for you.

The exterior of the  Astell & Kern Layla AION  evokes a strong association with jewels and something technological, thanks to the brushed carbon cases. Ruby-colored inserts stylized under the company’s logo, coupled with iridescent, elusive patterns of the cases, leave an indelible impression. I don’t want to let go of the monitors without even starting to listen.

Ergonomically, these are the best Astell monitors  . I expected a repetition of the experience of the first  Layla , or even something similar to  Campfire Audio Solaris , famous for their specific fit, but Koreans learn from their mistakes and notice others, and therefore the new version sits like a glove in almost any ears (with the exception of very tiny shells).

The headphone case is very light, despite its size and impressive filling, again, thanks to carbon, which is much lighter than metal options and even dense plastic. What can we say about the reliability of such a solution, because carbon surpasses even steel in its strength, remaining light enough so that the headphones are not felt during use for several hours.

Noise isolation at a high level – still falls short of custom solutions, but due to the optimal fit and the correct body shape, it is higher than most in-duct solutions. The sound of  Astell & Kern Layla AION is  unmatched, this is by far the most detailed and rich headphones I’ve heard. To an untrained listener, such a number of details may even seem superfluous, but as soon as the ears get used to the stream of new sounds, it will not be possible to come off.

Like all high-end monitors,  Layla  plays smoothly, while remaining musical. 12 reinforcing emitters in each earphone are divided into 3 channels and reproduce the music the way the performer wanted it to convey to you, with all the subtleties and features of each individual track. One of the markers of really high-quality headphones is the ability to hear details at a low volume level, which Leila is not lacking  .

The model is omnivorous, Layla AION has  no genre preferences  , just serve the maximum quality of the source you can reach, and you will be immersed in a juicy, rumbling and peak informative sound.

During testing, I ran through the monitors all the music that I could only, from light jazz and instrumental, to rich symphonic and doom metal, but the most pleasant impressions were left by:  Red Hot Chili Peppers, Queen, The Black Keys, Brahms, Hans Zimmer, Cage the Elephant  (especially the latest “ Social Cues ” – a very high quality record),  Liam Gallagher, Foals, The Strokes  and of course my favorites  Queens of the Stone Age  (“ Era Vulgaris ” in the first place). When listening, I recommend starting with one of these performers. 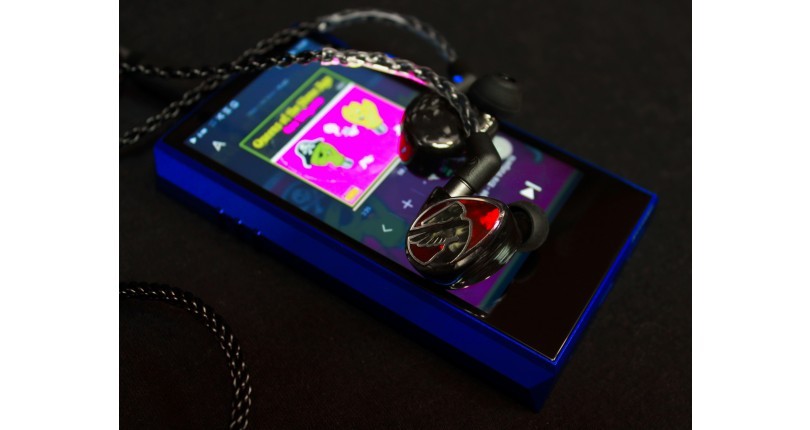 I will clarify right away that these headphones do not tolerate bad recording, or low bit rate, or, especially, a cheap source, relative to Leila’s level  , of  course.

The monitors were tested with the following players:

KANN  did a little better, but still he was very far from ideal.

Astell & Kern Layla AION  require the  highest  quality source and a cheap player will ruin their sound (yes, now $ 1000 players can be considered not expensive enough, a very harsh reality from  A&K ).

When listening with all of these players,  except for  Astell & Kern SP1000M , 12 valves  Leila  worked correctly, sometimes giving out too much high, pesocha on vocals, cutting ears cymbals and the violin or overdoing with bass guitar clogging. On heavy compositions replete with attacks from the same  System of a Down  and  Three Days Grace, the  sound turned into a mess, without the ability to clearly hear individual parts, which is not at all expected when listening to such headphones. Obviously, players of the middle and high segment cannot cope with a total of 24 emitters, which require a special approach. Summing up, I would like to draw parallels with three models of monitors (more can be, but then the review will drag on even more), namely:

Campfire Audio Solaris – play dry in all respects, including detail, saturation, ergonomics and even packaging , with all due respect to  Kempfires . This is not surprising, but  Solaris  is still a top solution from  Campfire Audio , which are fighting with  Astell & Kern  for the wallets of the wealthiest buyers, so the comparison seems logical.

Astell & Kern Layla (discontinued) – very subjective, since there was no way to compare alternately, but the first generation loses, primarily due to the less detailing of the top and sub-bass, as well as a completely stupid fit, which suits the units.

Ambient Acoustics MAD16 – 16-driver armature professional custom monitors are matched as closely as possible in sound quality to the new  Layla , thanks to fine tuning and 4 additional drivers.

And in conclusion, I will say that the owner of  Layla AION  can only envy, since this person will be able to carry with him some of the most reference in-ear monitors in the world, provided that he can provide  Layla with a  source of a sufficiently high class.

In preparing the article, materials from https://portativ.ua/blog/obzor-naushnikov-astell-kern-layla-aion-na-grani-fantastiki.html were used. Visit article here.