A headset from  Audeze  for audiophile gamers who take immersion as seriously as possible. A small spoiler: it is not at all necessary to use them for their intended purpose, which we will deal with in more detail.

The first thing you see when you take the  LCD-GX  out of the cardboard box is the chic branded shipping case with foam padding inside. Not the most compact box, but, nevertheless, in such a suitcase your monitors will definitely be in order, regardless of the distance covered. And the quality of the case does not give reason to find fault. 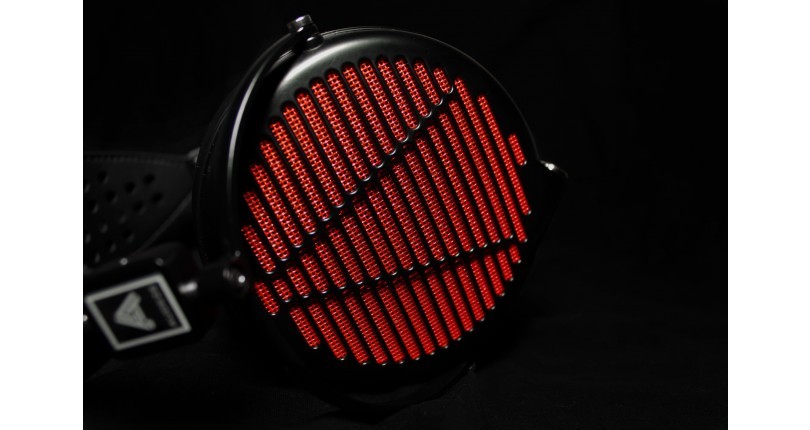 The package is as follows:

There are no complaints about the twisted cable, it is incomparable, as always). Adapters also do not raise questions, but the quality of the microphone wire, as well as the microphone itself, leaves much to be desired. The headphones sound definitely better with a twisted 6,3 jack, but, what is most unpleasant, the microphone makes quite a lot of noise and gives out a not very pleasant sound. Perhaps there is something wrong with my devices, but it worked equally badly both when connected to a laptop (tested in Studio One 4 and in the built-in program from Windows) and when connected to a PS4 joystick – the sound from the microphone leaves much to be desired. The interlocutor will hear you and it is quite possible to use it, but  you do not expect such a negligent attitude from  Audeze .

In terms of fit and ergonomics, the model is much more comfortable than its “non-gaming” brothers, but still loses to classic headsets. The headphones are much lighter than the  LCD-2 Classic , due to which, it is much more convenient to stay in them for a long time. The bowls have become a bit neater in relation to the  Classic,  and the red mesh gives the monitors a flashy effect, which has a beneficial effect on the appearance. The headphones look fresh against the background of boring audiophile classics. But there is one snag regarding the form factor. An open design is great, but imagine playing some kind of shooter (ideally with a voice chat, yeah), being in the same room with someone else. Most likely you will be asked to leave with your computer, headphones and everything else. Why it was impossible to take LCD-2 Closed as a basis   – I absolutely do not understand, because it would be much more practical in terms of noise isolation. Yes, you can sit with open headphones much longer due to less pressure on your ears, but what’s the point if you are kicked out of the apartment?

Audeze LCD-GX  is the most versatile genre headphones with amazing detail, liveliness and sound volume. Juicy, rolling and collected bottom is especially prominent on heavy compositions. The intelligibility of the sound is emphasized by live recordings, which not every headphone can pull out. And the linear sound remains musical and rich, giving professional monitors’ directivity.

The sound and flow is very similar to the  Audeze LCD-2 Classic . Probably, these are the same emitters, but in a slightly modified case. They can be reduced, according to the assurances of the manufacturer, and I have no reason not to believe them.

The  monitors behaved just fine with the Focusrite Scarlett 2i4 (2 gen) audio interface  . As well as with the test players:  Astell & Kern A & futura SE100  and  Astell & Kern A & norma SR15 . The earbuds are very pliable and not as whimsical to the source as many professional models. Naturally, the higher the quality of the player, the better, but  they sounded good with the  Xiaomi Mi Notebook Pro 15.6 , although one manufacturer knows how he does with the audio output. And if the microphone disappointed me a little, then after several hours spent in “Doom 2016”, “Star Wars: Battlefront II” and “The Witcher 3” I realized that all these years in vain I was giving up a high-quality headset, preferring the dynamics of a TV or laptop. … The lion’s share of the immersion in games of this level falls on the soundtrack and sound environment, which is much more vividly perceived through high-quality headphones. Rushing with a shotgun through the bloody levels of Doom, under the gash of Mick Gordon, it is much more pleasant when the sound comes from detailed planars, creating a feeling of complete immersion.

As a result, we have an unmatched sounding and, in fact, an upgraded version of the  Audeze LCD-2 Classic . For a small surcharge, you get the same headphones, but with a slightly better fit, a lighter body, a decent set of accessories, and an updated design.

The sound, of course, is several heads higher than any gaming option, but how appropriate it is to use them as a gaming headset is up to you.

By Maxim Novik
X
Stay Updated! YOUR SOURCE FOR TECH BUYING ADVICE
Sign up and read everything without ads