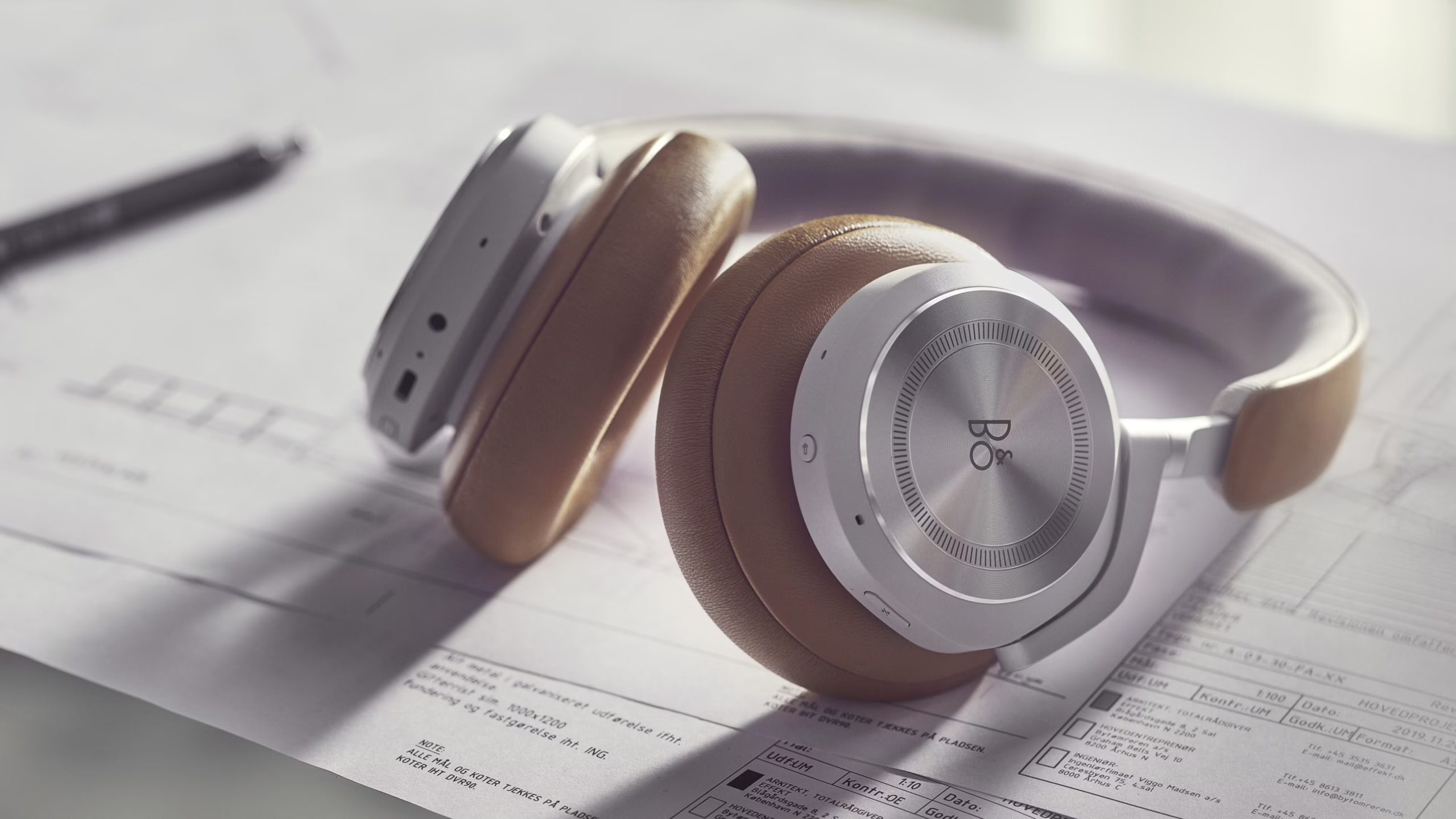 Without any exaggeration, I can say with full responsibility that the Bang & Olufsen Beoplay HX, paired with the Beoplay H95 , are the best wireless headphones in the world in terms of workmanship.

The first thing to know is that there is no plastic whatsoever in these headphones. Only high quality leather, surgical steel and some durable fabric underneath the headband. It will also not be superfluous to note that the ear pads are unlikely to wear out here, since, unlike many Bang & Olufsen manufacturers, they do not use eco-leather, albeit very high-quality, which wears out quickly enough, but natural leather even in 5 years from the moment the first generation was released. I have not yet seen them worn out by at least one person.

Unfortunately, there are no special hinges for the folding design in the Beoplay HX, but I think that the lack of a folding design was dictated by the desire to increase the durability of the headphones, which I think is certainly the right decision, since a couple of years ago I myself became a victim of the folding design, due to which, after some time, I had problems with the wiring, which just worn out at a certain point and the headphones broke, but more on that later.

In my opinion, since the Beoplay H9 entered the market , in terms of design approach, as well as workmanship, there is no better headphone than Bang & Olufsen. Now the laurels of the company’s flagship have passed to Beoplay HX and Beoplay H95. Perhaps I should return to the materials and workmanship, since these parameters, it seems to me, are very important for design, because if the headphones are made mediocre, then they will look accordingly. In general, the headphones look very elegant and sophisticated. The Danes have always been able to delight customers with a unique design, but this time, despite the fact that after the release of each model, the question was posed: “Where is even better?” they still squeezed the most out of their existing design concept, and I think we will see something new in the next few years.

Despite the presence of round ear cushions, which are supposed to be less comfortable compared to oval ones, Bang & Olufsen Beoplay HX turned out to be surprisingly comfortable headphones. Moreover, they seemed to me almost as comfortable as the Bose Quiet Comfort 35 , which I still consider to be the most ergonomic full-size headphones in the world. Here, of course, again I must say a big thank you to the soft leather ear cushions, the relatively low weight and the soft headband, which in the previous versions of this model was harsh. Despite the fact that I really like the full-size Bang & Olufsen headphones in terms of appearance and quality, after the release of each new generation (including this one), I hoped that the Danes would be able to offer the proper level of sound, and, in part, this is so. HX sound good, but their ideology of sound is significantly different from all competitors. As I have said many times in my reviews, sharp and harsh sound is in fashion nowadays, which is characteristic of almost all mid-range and high-end wireless headphones . Here everything is exactly the opposite, and in fact, in my memory, these are the first headphones with a relaxed character of sound.

If you already have the Beoplay HX, you can find the first-time setup instructions here.

The high-frequency range seemed a little muffled to me. Apparently in pursuit of that “calm” character of sound, the manufacturer decided to cut them slightly and make them softer. Of course, you don’t need to think that the high straight lines were cut off, of course there is no such thing, they were simply made softer for perception.

Unlike HF and LF, the middle frequencies apparently decided not to touch too much. It is impossible to voice any particular complaints about them, except that I can note that they again lack detail, which is especially evident when listening to instrumental music.

Frankly speaking, bass lovers have nothing to do here. In quantitative terms, it is more than enough, but I could not find that very rhythm and lightness in a duet with balance and unobtrusiveness. Moreover, the low frequencies lacked depth and two-dimensionality, and in general we can say that these headphones are quite flat and they lack the width of the stage a little.

I didn’t really have any questions about noise cancellation. It works very well and absorbs noise at a high level. Of course, they do not reach such a high bar set by the Sony WH-1000XM4 , but still it turned out very worthy. True, when ANC mode is on, as in almost all headphones with an active noise canceling system , the sound deteriorates a little when it is turned on. Nothing critical, because you have to pay for really powerful noise cancellation with a small loss of sound quality. Compared to the previous generations, I did not notice a noticeable improvement, but Beoplay HX became better by 10-15 percent in this aspect. 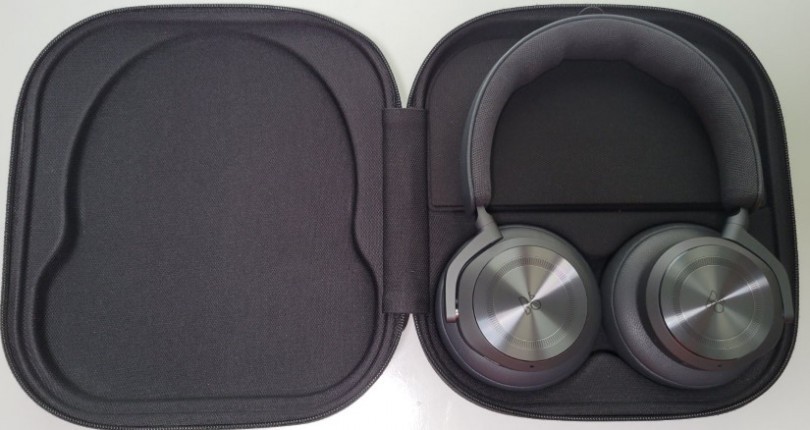 Bang & Olufsen Beoplay HX are equipped with the penultimate Bluetooth 5.1 module and I have never had any problems with interruptions in the connection. The earbuds hold the connection stably, which is a significant advantage compared to previous generations, which regularly had disconnections for a few seconds. Of course, nothing is perfect, and in which year in a row I have to make claims for the lack of audiophile codecs. Neither Aptx, nor Aptx HD, and even more so LDAC were not included in Beoplay HX, since there is at least a standard AAC, although it is used in almost all headphones of different classes.

Sony WH-1000XM4 of course can offer you both Aptx HD and LDAC, which in theory should improve the sound quality, but I personally always liked the “bangs” more due to the lack of obvious synthetics at high frequencies. Moreover, in terms of workmanship, Bang & olufsen generally flies into space compared to Sony, except that at the price of Beoplay HX they bite noticeably.

Sennheiser Momentum M3 AEBTXLs can delight you with noticeably better detail, but they will sound no less flat than the Beoplay HX. Also, on almost all Zenhi devices, they like to lose the signal, and for the quality of workmanship and comfort, I again prefer Bang & Olufsen. 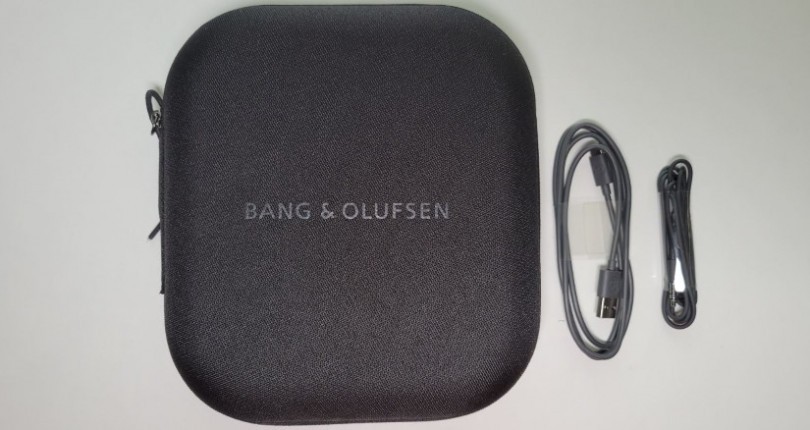 Of course, it may seem that Beoplay HX has a lot of shortcomings and that compared to competitors, which are mostly cheaper, they are not much better, except perhaps only in terms of quality and materials.

Beoplay HX don’t have the best sound on the market, but still very decent. Above all else, they have better autonomy, fantastic design and good comfort.