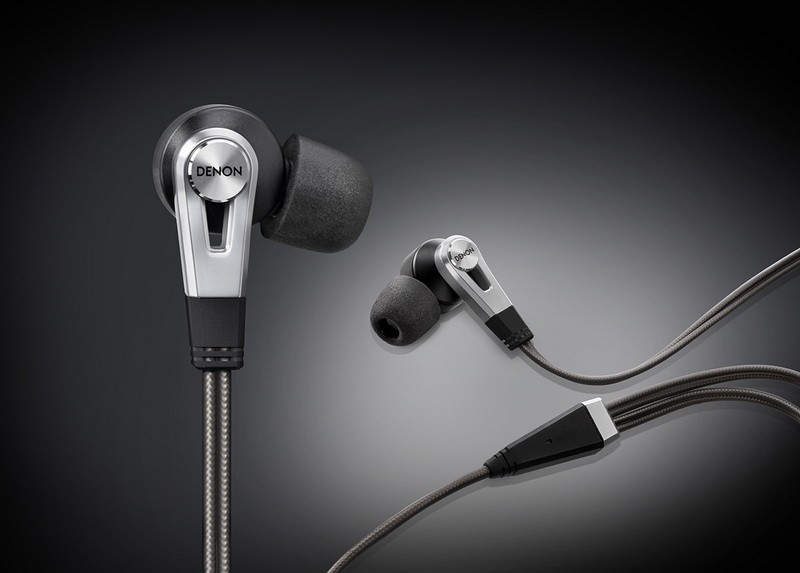 Denon’s top in-ear headphones AH-C821 draws on the company’s half-century of headphone engineering experience to harmoniously combine comfort and uncompromising sound. These lightweight, compact earbuds are designed for music lovers who are accustomed to enjoying high quality sound in any environment, whether traveling, work or play.

The Denon AH-C821 headphone concept is based on the use of the unique proprietary technology Double Air Compression Driver, which allows you to get powerful bass and maximum clarity of sound. Each cup is equipped with two 11.5mm drivers installed opposite each other and radiating into one chamber. The chamber has a sound guide located perpendicular to the axis of radiation of the speakers. This design provides a higher SPL as well as clear, deep bass. At the same time, a separate wire is connected to each driver in order to minimize distortion during signal transmission. The ear cups are made of die-cast aluminum and synthetic resin. This combination of materials increases rigidity and improves damping. The enclosure features Denon Acoustic Optimiser ports that balance the air pressure in front of and behind the drivers. The special Radial Cascade Damper system minimizes the microphone effect that occurs when the headphone cable is rubbed against clothing or body.

The Denon AH-C821 headphone model comes with one pair of Comply TX500 ear pads and four pairs of silicone ear tips (sizes XS, S, M, L). The Comply earpieces are made of memory foam polypropylene, ergonomically shaped for a snug, comfortable fit in the ear canal, protecting against the penetration of earwax into the headphones and guaranteeing excellent sound isolation. The kit also includes an original case for carrying headphones and a clip for attaching the cable to clothing.

It is convenient to use the headphones with the proprietary Denon Audio Application, which is installed on any device with iOS or Android. The application allows you to customize and optimize the sound to your taste, as well as offers an improved interface for any player, supports work with playlists and the TuneIn platform, which opens access to over 70,000 web radio stations.

This price point for the Denon AH-C821 headphones is due to the patented Double Air Compression Driver technology. Each chamber contains two “opposite” 11.5 mm dynamic emitters (in addition, separate cables are connected to them). By design, this configuration, combined with optimized die-cast aluminum and composite resin air ports in the front and rear, helps achieve more dynamic and less distorted bass reproduction, as the drivers in a compact space do not so much move air as they create a pressure gradient. …

But there are other “audiophile” differences – in particular, the design does not imply remote control and functions of a conversational headset. Only the complete set is identical to the “six hundred and twenty-first”: a clothespin for fixing on clothes, a rubber cradle and a block with silicone bushings. 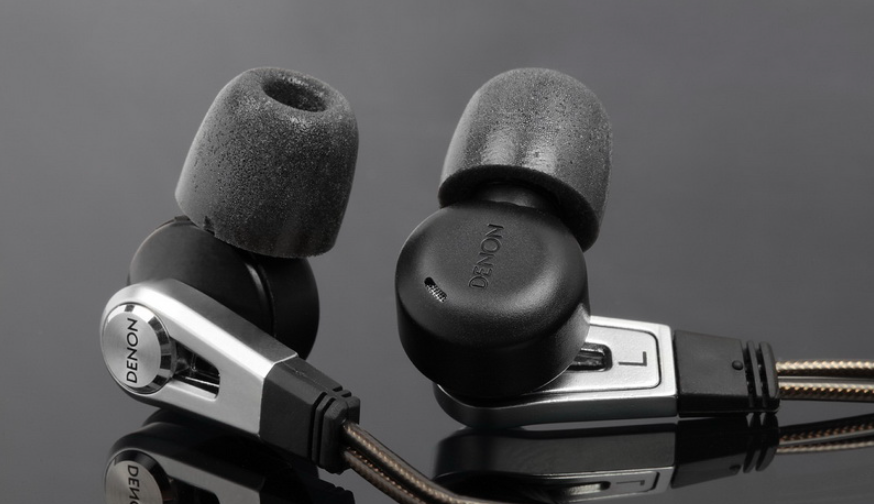 In terms of ease of use, the Denon AH-C821 is slightly inferior to inexpensive models due to relatively short audio outputs (I judge by myself, but I recommend that you draw conclusions only after trying them on). To get the reproduction quality that the price promises, you need to take care of the right source. High detail, for example, is manifested with a high-end player or on stationary equipment.

Although when listening directly from an ordinary smartphone, it is noticeable that they surpass their younger brothers in sensitivity – the sound comes out definitely more powerful, loose and driving. The additions of strength and clarity in the lower register seem to be absent to a subjective view, but in reality it is not – the “bottom” is masked by an underlined informative middle. Loosen the 800 – 2400 Hz band by a couple of decibels and the bass pattern will appear much deeper and more expressive. 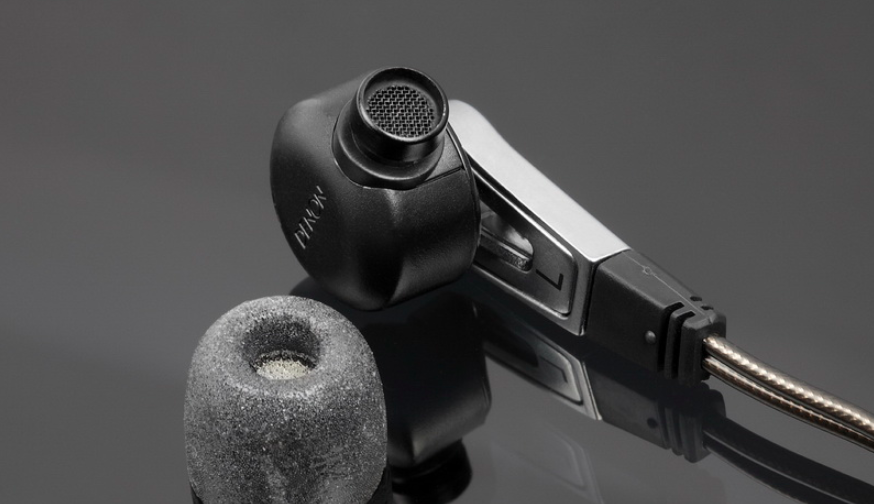 As with inexpensive models, the sound quality in the high range is highly dependent on the type of attachments. Porous ones muffle frequencies in two sections – about 5200 and 14 kHz. The silicone sleeves that are open at the output have less effect on the sound, but with them some resonances inherent in headphones become noticeable, but you can get rid of them. I managed to do this by weakening the areas of 11600 and 5250 Hz with the equalizer. But the resonant frequencies, as you know, “float” in all dynamic heads as they warm up, they also change in the Denon AH-C821.

Denon AH-C821 provide a clear answer to the question that is still so fiercely debated in forums: is it necessary to warm up? Definitely yes. Moreover, it is long-lasting. Until the “boxer” drivers in this model work for several weeks and reach their working electromechanical parameters, they can add some coloring to the sound.