Having a significant presence in the market of headphones with the Freebuds series, Huawei is one of the most active manufacturers in a category that is gaining more and more audience.

The company’s new proposal, Freebuds Pro, is expected to be released in the near future, which are Huawei’s top proposal in the field of headphone-lice. In fact, we consider them the successor of the Freebuds 3 that impressed us last year, although there were problems. But to see what new Freebuds Pro brings and if Huawei was able to correct the wrong texts of their predecessor, so that the monetary price of € 199 is justified.

We’re used to seeing a lot of similarities between the headphones in the class, similarities that usually bring memories from Apple’s AirPods series. The Freebuds Pro have few such similarities and the base of the handset is impressive, which is not cylindrical, but is rectangular with flat sides, which is essential for the way the headphones are handled, which we will talk about later.

Huawei says that the design of the Freebuds Pro has been inspired by the “geometric aesthetics” of world-famous monuments such as the Hagia Sophia and Notre Dame. If something “spoils” us, it is the appearance of the Huawei logo on the surface of both headphones, which depending on the color is more intense or not. We had the black color at our disposal while they are still available in classic white as well as in a more glossy – and impressive – silver version. 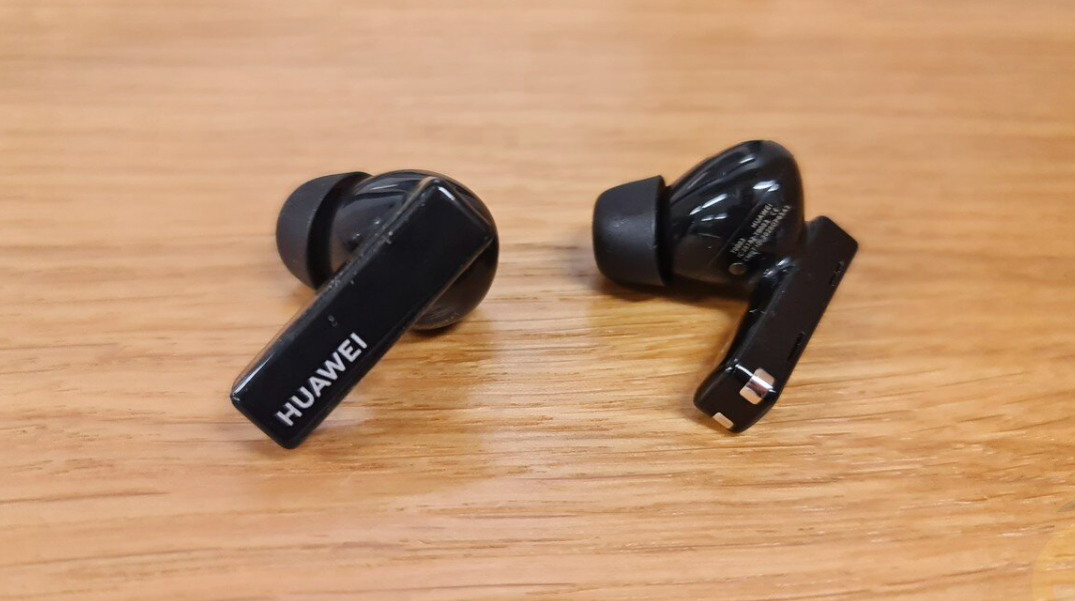 The design of the headphones is the first part that interests us since they come classically in a special charging case. This differs from Freebuds 3 in that it has a smaller height but a larger width. It incorporates an LED light to immediately understand if we need to charge the case and the headphones, something for which we will need a USB-C cable included in the package.

It should be noted that in the early days it was difficult to remove the headphones from the case, something that requires a little trick and specifically to push the headset in order to be able to grab it and take it out of it. In fact, as it seems, we would not be the only ones who faced the problem since after a recent upgrade, Huawei displays relevant animation during installation for the better information of the user.

Weighing just 60 grams, the installation of Freebuds Pro in our ears is very easy, due to their ergonomic design. According to the company, it has been based on shapes from the ears of 1000 people, emphasizing stability despite the vibrations, something that we confirmed every day when we tested the headphones. This does not mean that they are intended for use during your workout and we would suggest looking elsewhere, especially at solutions that offer some protection from sweat, which is not the case here.

In general, they will not tire you at all having a very good fit in the cavity of the niche even if you use them constantly. In fact, Huawei to make our lives easy by having two different pairs of silicone nozzles in the package, in case the ones that come with the headphones cause you a problem. However, there is also help for placement through the Ai Life application, through which you can proceed with a test in order to inform you whether or not you have put the headphones in your ear correctly or not. Surprisingly, the whole process is reliable.

With the Ai Life application we encountered the biggest problem, with the whole situation being characterized as. Strange. The Ai Life application is the one that traditionally accompanies every proposal of Huawei headphones and through it we can proceed to their connection with our smartphone in order to have access to the advanced functions offered by each solution. Of course there is always the simple possibility of synchronization once we have completed Bluetooth pairing.

As we found out, until today (October 2020), those who do not have a Huawei smartphone, can not access the latest version of the application through the Play Store, which has the version 11.0.2.305 that was released last August. This version as of this writing does not recognize Freebuds Pro, which is not the case with the Ai Life version that a Huawei smartphone owner can download from the App Gallery. This is version 11.0.3 which was released in September. If you are experiencing this problem and until Huawei releases the latest version in the Play Store, you can install the relevant apk after downloading it here first .

Having a very good impression of Freebuds 3, the bet on the more expensive Freebuds Pro was high, with the end result completely satisfying us. Responsible for this is the 11mm driver that gives rich sound to all the different music styles we tried, with clarity and rich bass. It is not comparable to the much larger over-ear headphones on the market, but in any case it is excellent, although as always something like this is often subjective in headphone tests. What is not subjective is the performance of the headphones with the ANC function that undertakes the active cancellation of the external noise.

And in this area, the Freebuds Pro gave us not only the best results among all Huawei proposals, but perhaps the best among all the headphones we have tested in the in-ear category. Through the application we can select one of the three available noise canceling functions, depending on our preferences. These are the following and use three built-in microphones in each handset, so as to reduce wind noise:

In all three cases, the result is excellent, while at the Ultra level Huawei reports that the noise cancellation can even reach 40db, something that unfortunately we could not try and as it seems, it will be too late to do so in these conditions.
Through the application instead of noise cancellation, we can activate Awareness Mode in order to have a contact with the noises that prevail in the environment. In combination, there is the “voice amplification” function, something that did not impress us with its effectiveness.

We had no problems with the Bluetooth 5.2 connection as long as we used the headphones, with instant synchronization without interruptions and interference. Responsible for this is the dual antenna inside each headset in combination with the company’s Kirin A1 chip. But even the delay, the known latency is very low (180ms), allowing us to watch a video on our smartphone, computer or tablet, without having a synchronization problem.

No problem in our phone calls, listening to our interlocutor without any problem while he also mentioned very good quality. 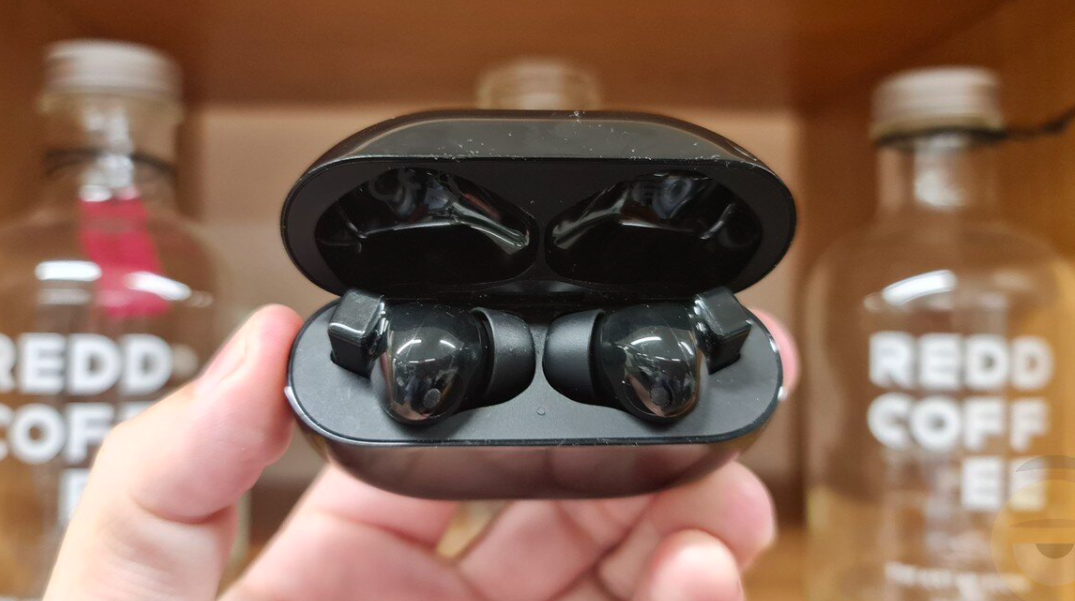 Our great misfortune not only with the in-ear but also with the most expensive over-ear category, has always been the impossibility of simultaneous connection with two devices, with the scenario we always wanted to be the one that includes smartphone and computer. And yet, Huawei is doing us a favor as the Freebuds Pro is one of the few in-ear headphones on the market that supports such a feature, which is needless to say.

We are absolutely thrilled with Huawei Freebuds Pro, which are the best in-ear headphones that have ever landed in our hands. It will be difficult for us to turn to solutions that do not offer ANC function of this level but also the function of simultaneous connection with two devices.

The sound quality is excellent and the combination of all the above brings Huawei among the leading manufacturers of in-ear headphones, with the Chinese company preparing to expand its presence very soon in the Over-ear category, something we expect with interest. The cost of Huawei Freebuds Pro, although not low (€ 199), is definitely competitive especially when it is combined with an offer during the pre-order period (and not only) as the company is used to.