Summer has begun, and with it it becomes necessary to put the body that has stale over the winter in order. I can’t imagine how you can do long workouts without music, be it a jog or a workout in the gym. Because I am a stable athlete and write reviews on headphones, I have to test them in rather harsh conditions.

While testing conventional models, I came to the conclusion that sports headphones are what I need for comfortable exercise . It is very distracting the fear that standard models may fall out, deteriorate from moisture, etc. Unfortunately, most sports solutions with normal sound are quite expensive and I was interested in the JBL Endurance Peak II model, which I want to tell you about today. 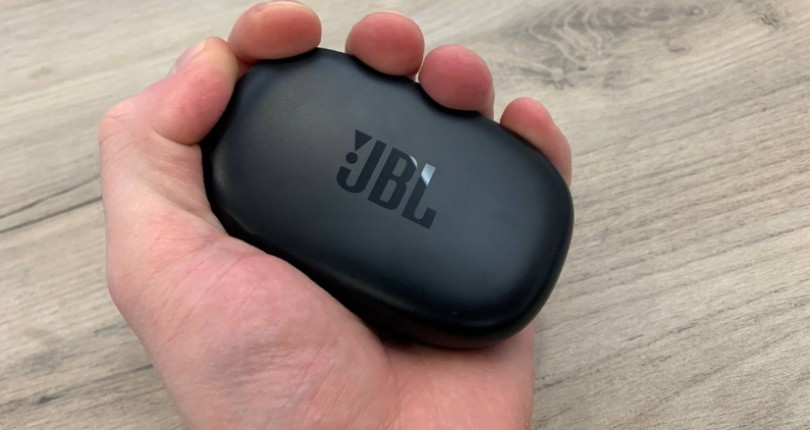 As in the first generation, our specimen does not differ in its modest dimensions. This is perhaps the main disadvantage of the Endurance Peak II. The case has a physical fixation, which makes it possible to carry it with other things without fear of accidental opening. This is very important because you are unlikely to carry them in your pocket. The case itself is made of matte black plastic and has a LED charge indication. 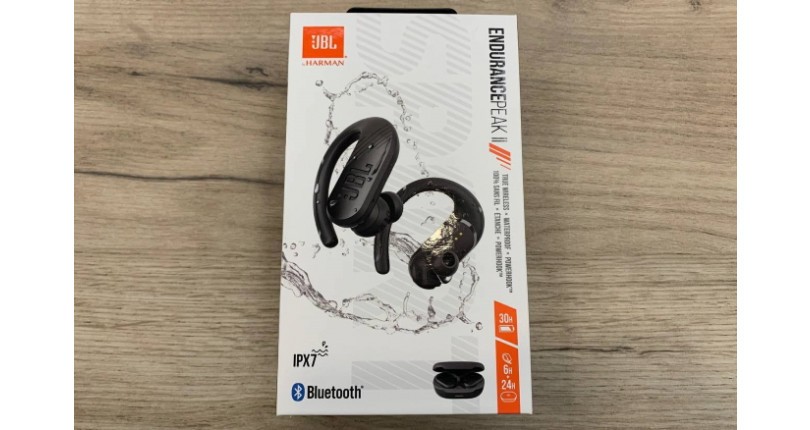 Particularly noteworthy is the form factor of the headphones themselves, thanks to Twistlock and FlexSoft technologies, you can absolutely not worry about their safety. Despite the massive appearance, the headphones turned out to be very light, this is really important for dynamic training, because heavier models caused discomfort.

Comfortable fit is ensured by the original shape of the protruding parts, which are located on the headphones themselves, Once you put them on, they are softly locked for a secure fit. Headphones are available in four colors: black, blue, coral and white, I got the black model. For my taste – the most successful color from the line, not easily soiled, looks great and restrained.

JBL, of course, skimped on the delivery set, putting only a charging cable and replaceable ear pads. It’s time to create a petition for the manufacturer to include a protective case in the kit.

The autonomy of the device is 6 hours from a single charge, which completely covers any workout. But if this is not enough for you, then thanks to the charging case, the battery life is increased to 30 hours. Of course, there is a fast charging function, in just 10 minutes spent in the case, Endurance Peak II will delight you with an hour of continuous playback.

I almost forgot that our headphones are protected according to the ipx 7 standard – the highest used in this class. Which makes their operation even more comfortable and calm. 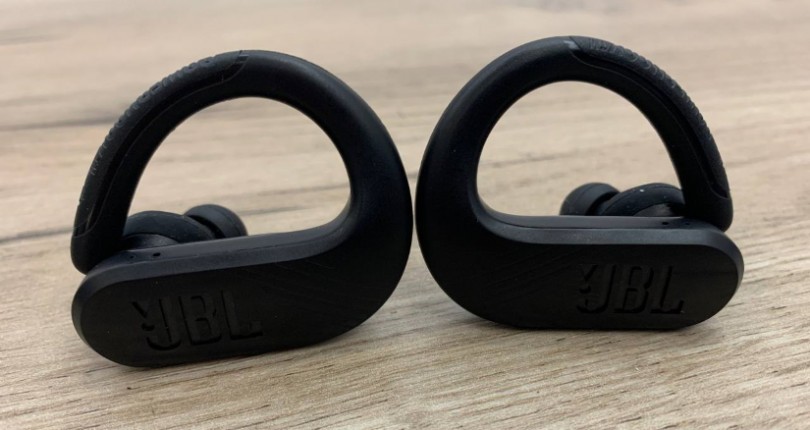 Management, interaction with the device

One of the main improvements of the new model is the absence of the main and secondary earpieces. Now the user will not need to choose which pocket to put the transmitting device in, in order to avoid interference. All control takes place thanks to the touch panels located at the ends of the headphones.

Here JBL did not reinvent the wheel and left the intuitive working scheme, as in most models. With one tap, you control the music playback start / stop, doubletup switches the track, tripletup turns on the previous track. You can control the volume of the music by swiping your finger up or down on the touchpad. The controls are intuitive and do not require long adaptation. The proprietary 10 mm emitters are responsible for this parameter. Thanks to them, exactly that signature JBL sound is created. The headphones sound bass, and the low ones do not seem synthetic, you feel the sound pressure, which is quite rare in TWS headphones. I can’t say that they play perfectly, but for a comfortable, driving workout it will be just right.

For my taste, these headphones have shown themselves best in electronic music, the R’n’B genre is still being revealed quite well. They do the worst with rock, the attack does not feel fast, the highs are not what I would like to hear.

If you are looking for a reliable, presentable companion to the world of your playlists, the JBL Endurance Peak II is definitely a good choice. They are unpretentious to operational parameters, as they say in fire and water, I would argue with the first part, but they will survive the second part of the phraseological unit absolutely without problems.

Advertisement
X
Subscribe to get the best Tech news and reviews of the week.
By signing up, you agree to our Privacy Notice and European users agree to the data transfer policy.
Close
06/15/2021