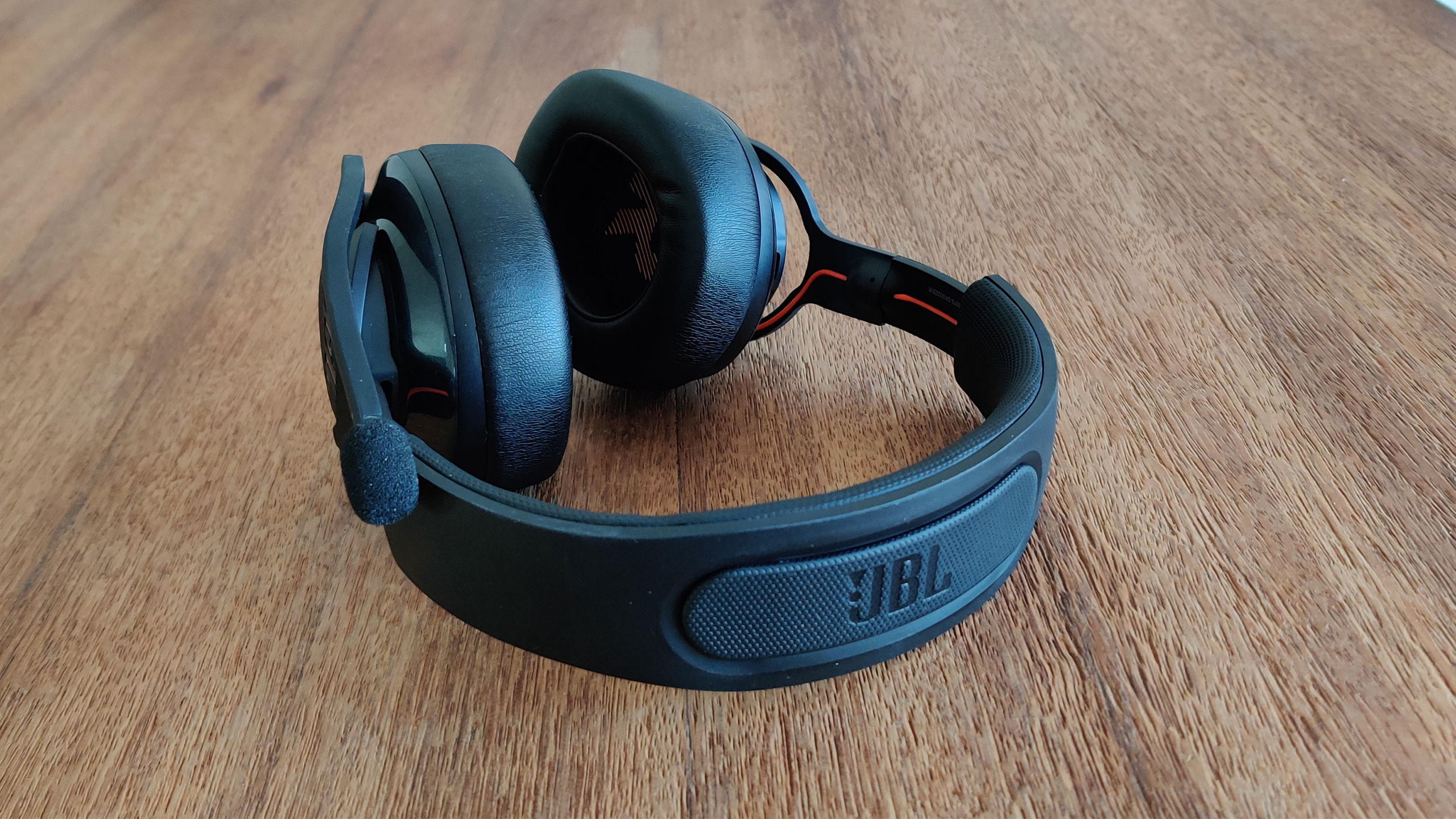 The JBL Quantum 400 are headphones for gamers that you can use on all major gaming platforms at the moment (including PC). The Quantum 400 has a suggested retail price of 99.99 euros.

The JBL Quantum 400 are headphones intended for all kinds of game consoles. You can use it on the Nintendo Switch, PlayStation 4, Xbox One (and also PlayStation 5 and Xbox Series X and Series S), PC, Mac, Android and iOS. They are wired headphones that you connect to your console, computer or controller (where the audio port is) via an audio cable. And otherwise you can also use a USB-C cable, which is useful for smartphones. Fortunately, both cables are included, so you don’t have to think about that.

The sound reproduction is stereo in all cases. The 50mm speaker drivers support 2.0 audio channels and are housed in relatively large ear cups. You can use the headset for just transferring game audio, but can also chat with it. There is a microphone on the side. That microphone has noise reduction and you mute very quickly by folding it back. Furthermore, there are volume controls on the ear cup; on consoles, this means you control both game and chat audio at the same time.

The JBL Quantum 400 is made of plastic. This applies to the headband, but also to the hinges. The ear pads are made of rubber and filled with foam. The plastic ear cups look a bit cheap and also feel cheap, but overall the design doesn’t disappoint. It’s simple, cool and effective. If you would stream with it (via Twitch or YouTube Gaming), then you are not in front of the app. There are headset that are nicer, yes, but remember: this thing costs just 100 euros. 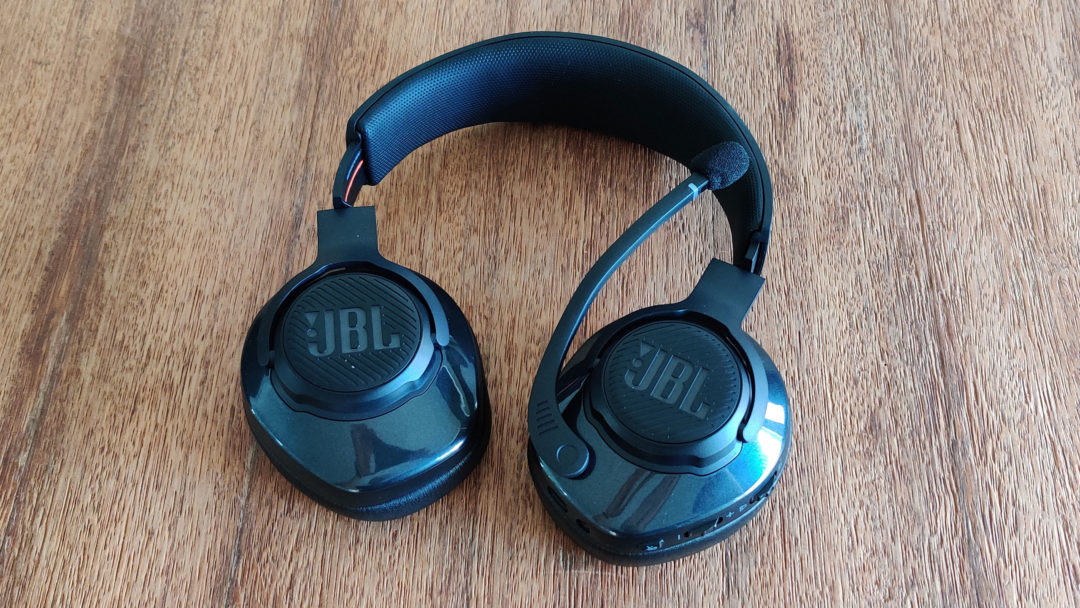 The headset is in principle comfortable, but also somewhat tight. Another headset that we usually use for online games on the Xbox One is the Turtle Beach Stealth 600. This is a headset that connects wirelessly to the Xbox. The band on top is slightly wider, making it a bit nicer. But those kinds of experiences depend, among other things, on the shape of your head and ears. If you have a relatively narrow head, you probably won’t recognize yourself in the experience. Nevertheless, it is something to be reckoned with.

The headset does not have active noise canceling. No problem, because we don’t expect that at all. But the ear cups and pads close you off very well from the outside world. Here too we make the comparison with our own Turtle Beach. It lets more sound through, without disrupting the audio and chat experience. We would love to hear what is happening elsewhere in the house, even with headphones on. Otherwise, it’s just nice to be able to hear the feedback from your own voice, so you don’t scream into the mic.

And the latter is something we caught ourselves in. Because the headphones fit so tightly and therefore let less sound through (which in some cases can also be a plus, you know), we notice that we sometimes speak louder than usual. And that in turn is annoying for people around you. That resulted in games where we wore the headset at an angle (one ear did not have a shell on). This is a very personal downside and very much depends on what you like yourself. We are aware of that.

The left ear cup also has two turntables. The top line is your chat (unfortunately that doesn’t work on consoles, it only works with PC programs like Discord), and the bottom line is your game audio. When you game on a console, you only use the bottom disk. If you want to make a difference between game and chat audio, you have to dive into the settings of the console to arrange that. No problem, but that is not something that the headphones or manufacturer immediately makes clear.

During a game of online Rocket League on the PS4 Pro it becomes clear that distinguishing between game and chat audio is very important. That game has nice, loud music and cars that all have different exhaust sounds, but that means you no longer understand your game partner well. We had to set the balance completely in favor of the chat audio in the quick menu, because otherwise the one on the other side would not be heard properly. And even then, as far as we are concerned, it was only just understandable.

The quality of the microphone is good. We were not able to test that ourselves, but we have heard few complaints from friends with whom we played games. On the PlayStation 4 Pro we sound slightly better than on the Xbox One X, but we are not entirely clear why. We’ve gotten the feedback that we sound farther away on the Xbox than on the PS4, so that’s something to keep in mind too. If you want to switch off your own mic, just push the microphone upwards. 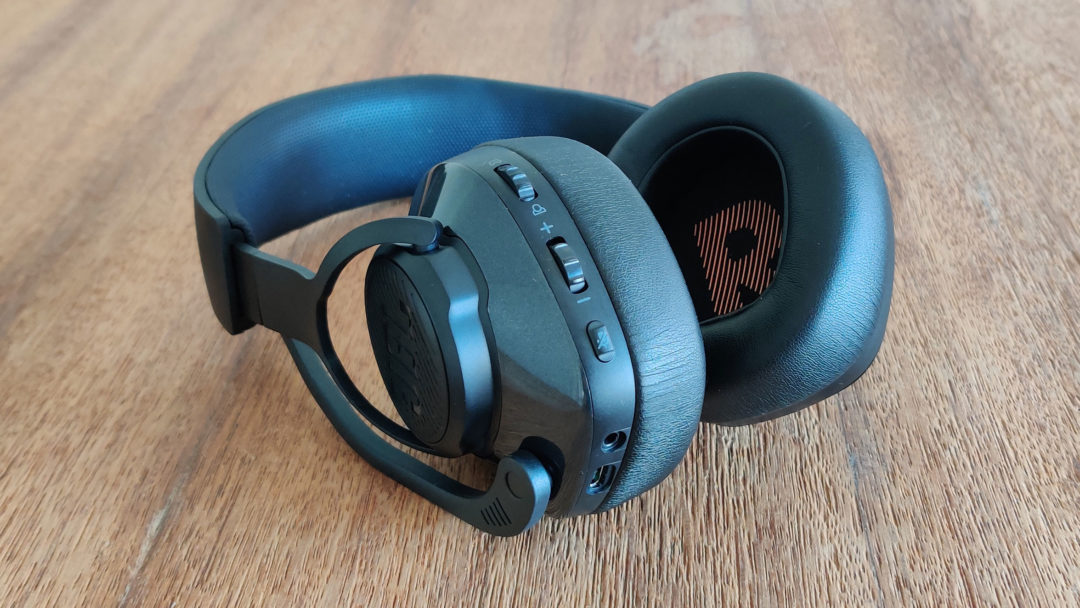 Admittedly, when you use the headset on a PC, a number of disadvantages are eliminated and you also get access to more options (such as the JBL QuantumSurround sound and luminous logos on the side). But we mainly focus on the console experience here. And then we have to conclude that the headset can serve as a game and chat audio throughput, but for the price of 100 euros, there are just too many caveats. Wait a while for a price drop for this model.