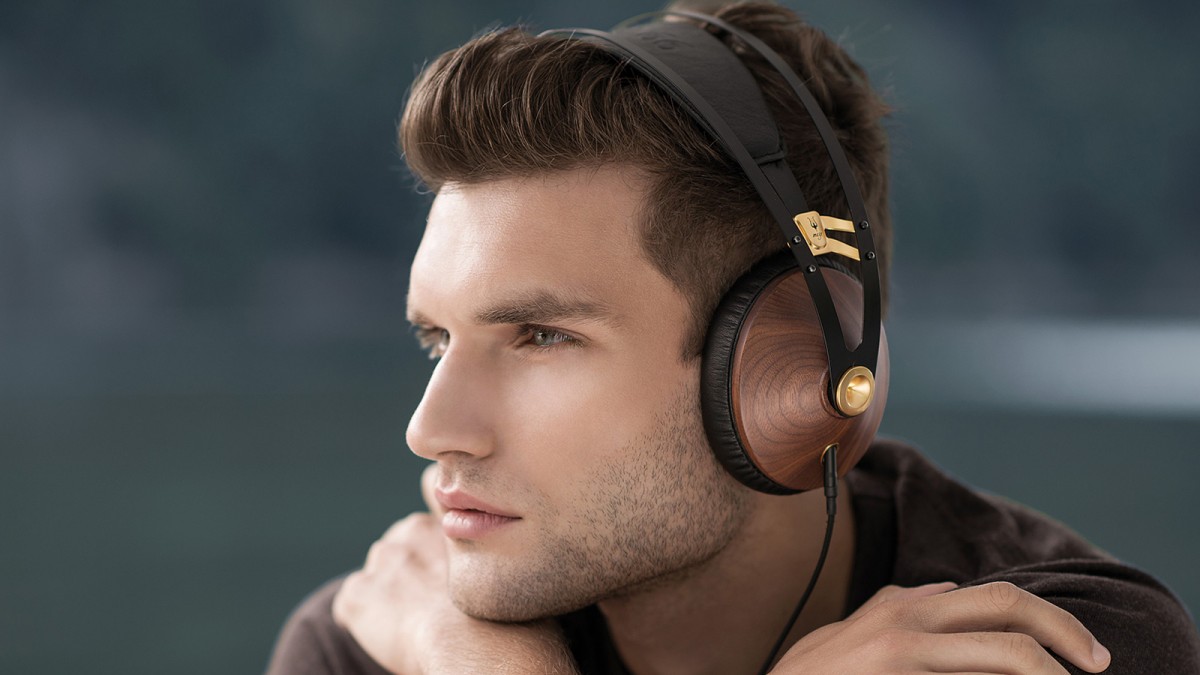 With all this growth in the once neglected category of home headphones, the efforts of small manufacturers are easily in danger of going unnoticed, especially if they do not have a home dealer.

Fortunately, this does not seem to be the case for the Romanian Meze, which took its first steps in the field of high fidelity in 2009.

The person in charge of the effort is Mr. Antonio Meze, who is surrounded by a small group, members of which we had the opportunity to get to know up close in the last report of our magazine. Admittedly, the physical presence of the persons that three days acted as a catalyst.

But it was not just the combination of courtesy and enthusiasm that made us ask for a model to test. It was the special look with the characteristic wooden ear cups but it was definitely the very interesting sound we heard in the little time we had in the exhibition. Detailed but not hyper-detailed.

Dynamic, with intensely low but at the same time properly “laid back”. Of course, all this had to be verified and so we got the 99 Classics model, in the “Walnut Gold” version.

First of all, the hard plastic case makes a positive impression, which, in addition to protection during transport, gives an air of luxury. Lifting the headphones for the first time from the case, we notice their low weight, which is only 260 grams.

The ear cups are wooden, made of walnut from sustainable management wood. They are sculpted with CNC cutting systems and according to the company, each wooden stem requires forty-five working days (from cutting to final finishing).

In addition to the “Walnut Gold” and “Walnut Silver” versions, there is also the “Maple Silver” version, which is implemented using maple and corresponding processing. The adjustment to the head is achieved with the simple combination of metal frame and the elastic (lined with leather) pole, which will “sit” gently on the top of our head.

The fact that screws are used in all parts of the construction is impressive, a choice that gives a strong sense of handmade and obviously helps in repairs.

The same goes for the inside of the headphones, where there is no glue anywhere. Even the small electronic circuit is screwed directly to the wood, while the plastic parts are necessary for the assembly of the guide. This is a dynamic type, 40mm in diameter.

The pillows cover the area around the earpiece, since it is an over ear design, it is made of soft leather and inside they have foam material, “temporary memory”. Proven choice that only in high heat causes sweating.

The construction is undoubtedly solid (do not confuse us with the fact that it is light at the same time) and is distinguished for the quality components.

The design was done entirely in Romania by Mr. Meze and his team while the assembly takes place in the People’s Republic of China, following the requirements of the modern economy…

Finally, inside the case, there is a small discrete case that contains the 6.3mm adapter (large nail), the unusual 3.5mm dual mono adapter (for airplane seats!) And two available cables, of the same quality, with one to integrate a microphone and controller for player, suitable for use with a smartphone. They consist of OFC pipes with Kevlar lining.

Due to the low weight and elasticity of the pole, the 99 Classics will not be difficult for the vast majority of listeners. They gently touch the area around the ears and are not expected to be difficult for those who wear glasses.

The changes during the listening of portable players and preamplifiers of the home system, did not show any changes in the sound character (the 32Ω resistance helps in this, keeping intact the basic characteristics, such as the width of the music scene, the low range and the combination between the resolution and relaxing presentation of things.

Thus, the music scene acquires large dimensions and the ease with which the instruments find their place and the dimensions of the space and the times of reflections are described, even in densely structured orchestrations and Symphony Orchestras, as happened with the work Symphonia a Quatro in A major by Stamitz Johann, performed by the New Dutch Academy, under the conductor Simon Murphy (Flac 24 / 88.2).

The low region plays its own crucial role in the Romanian proposal, being extensive and controlled, with a strong sense of rhythm and rhythm. This makes it attractive to listen to both large orchestras and modern recordings, where, among other things, the difference between rational and excessive use of dynamic loudness processors is immediately apparent.

The comparison between the medium budget production of “Kallithea” by Phoebus Delivorias and the exact production of “L’ho visto prima io” by the Italian pop star Loredana Errero was a catalyst for the test.

The first one goes down low, in a very smooth way, it rises without getting tired. The second one “clogs” with its squeezed, compressed bass, finally gets tired.

Regardless of the repertoire, the overall “tuning” offers clear sound, with the plethora of details being integrated organically, so that the monitoring of the works is relaxed.

The middle frequencies acquire a wide front, without being imposed late, allowing the voices to emerge without developing at the expense of homogeneity. In fact, the diagram published by the company is typical, with the almost straight response between 500 and 1000Hz, which acquires a slight inclination from there up to about 3.5KHz (leaving the voices and a number of instruments unaffected), to take a sharp dive. ”A few dB up to 4KHz and then recover.

In this way, Meze argues, it balances the sound that eventually reaches our ears, without having to “tease” the presence of other frequencies, in which sensitive parts of the spectrum. In practice, the presence of perfect harmonics is maintained, removing flares before the critical ones, for the intelligibility, 5kHz.

The performance of the alternations of the dynamic area is easy and only the combination of very high intensities (do not do it at home!) And demanding projects will reveal the “end” of the drivers, as in the five minute crescent of Inferno in the project Dante Symphony of Liszt (Staatkapele Dresden, under Giuseppe Sinopoli), but without affecting the low area!

Similar to the Sonus Faber Pryma we tested in the previous issue, the Meze 99 Classics have a complete sound view and aesthetic proposal. The latter belong to the immediately lower price category than the former, where the competition is even more intense. With good sources and pre-reinforcements, they will offer many hours of listening, on the go, but especially at home, where they will allow the music program to unfold the emotional load and the technical aspects.

And the comfort in the performance of the climate of each recording is characteristic, they can be done from easy listening to imposing, but in no case oppressive. Add to that the fact that they have the “youthful momentum” of their designer, so as a proposal they become extremely tempting.

01. Careful placement of the cable when walking, so that it does not rub against clothes, as there is a microphone, but only audible at low operating levels.

02. Meze headphones will manifest their virtues with every valuable source, without immediately raising the need for accurate preamplification.