The first headphones from the Quad ERA-1 brand are assembled using proprietary electrostatic technology. The British Quad was a pioneer in the production of such emitters and used their expertise to create headphones.

The Quad ERA-1 has a high sensitivity of 108 dB with an impedance of just 20 ohms, making it easy to use with portable sources. True, the electrostatic technology comes with an open acoustic design, which is practically incompatible with a portable. 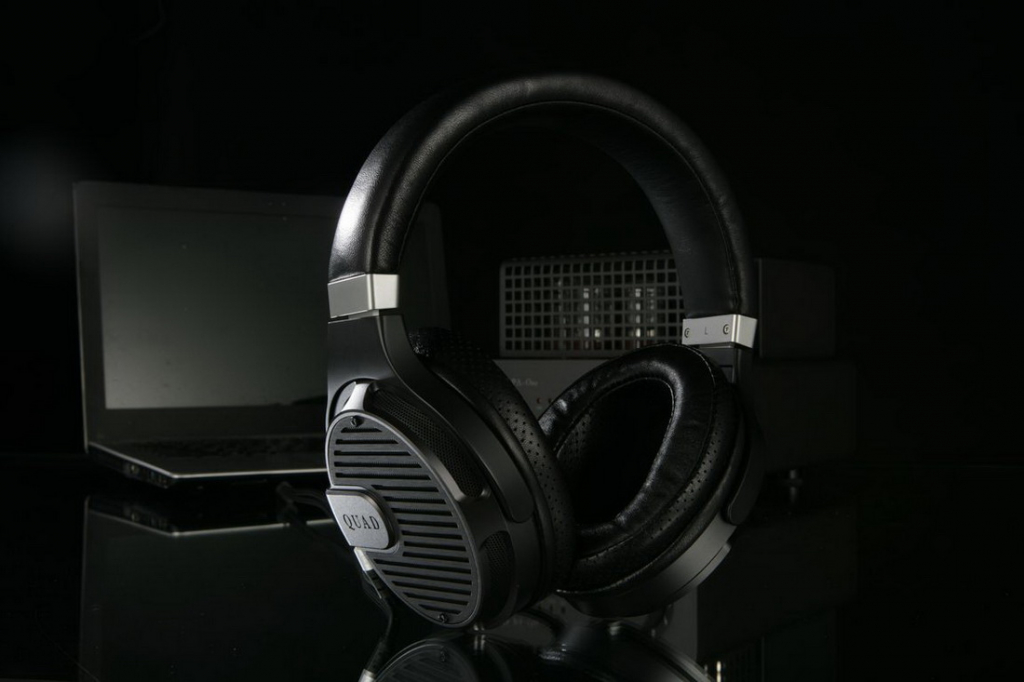 The Quad ERA-1 headphones are created in the best traditions of Quad’s proprietary design and at the same time are quite a classic example of planar magnetic headphones. Most of the body of the ear cups and their protective grilles, fastening elements and adjusting the length of the headband are made of metal, the rest of the parts are covered with high-quality artificial leather. The quality of workmanship, the neatness of the seams, the fit of the details make a positive impression and are quite in line with expectations – the model is not cheap.

The Quad ERA-1 headphones turned out to be quite weighty, which is quite typical for “planars”. At the same time 420 grams give that very pleasant weight, which does not turn into neck muscles fatigue during prolonged listening. The standard headphone cable is connected to them using two monaural 3.5 mm jacks. This means that it will not be difficult to find an alternative to it, including with a balanced connection to an amplifier. Another upgrade option is a free option and the only design feature that I have any complaints about. The developers implemented an initially ingenious idea: they added a second pair of ear pads to the delivery set. It differs not only in the finishing material, but also in the size of the internal space, which primarily affects the operating mode of the emitter and the character of the sound of the headphones. 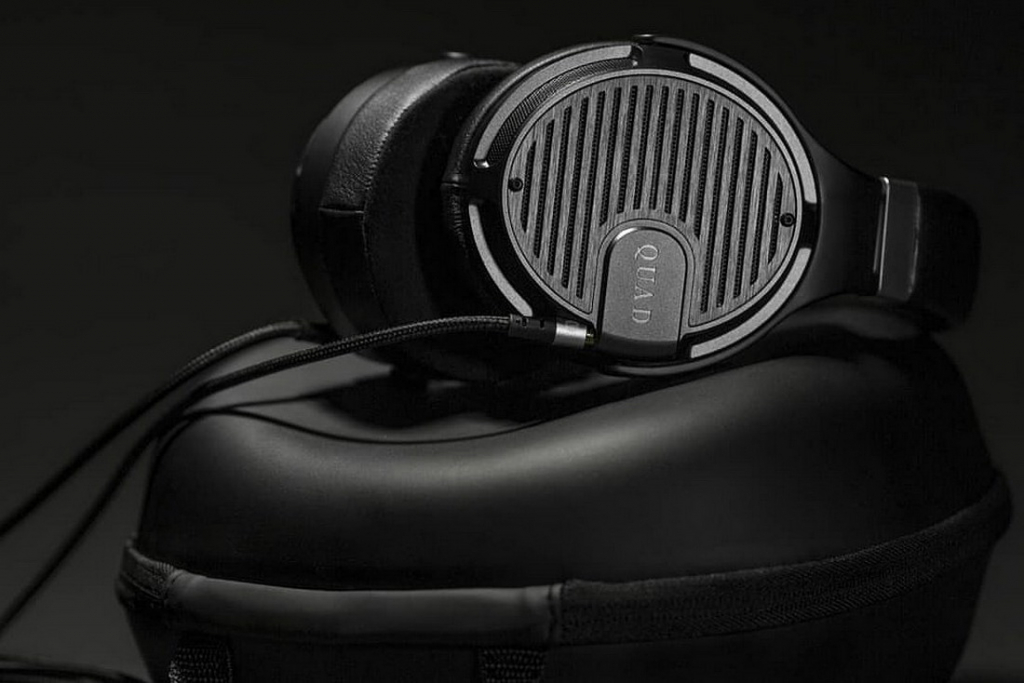 Both versions of the ear cushions are full-sized (completely cover the ears), but have significant differences. Small ear pads are more like the standard ones – they ideally follow the proportions and contours of the ear cups, they have a small depth and an even height of the cushion around the entire perimeter. The internal space is small – so, the small silicone ears of the measuring stand fit there, and my ears were already cramped. The surface adjacent to the body is made of a soft yet non-slip material that resembles suede or velor. The inner leather insert is perforated and the outer one is solid.

The second ear cushions are more spacious on the inside, and they also have increased depth with a protruding part that fills the space behind the ear. The outer size of the ear cushions is practically the same as that of the first ones, but they look larger and more massive. All surfaces are made of artificial leather with perforations on the inner and outer sides. Large ear pads make the ears feel freer and more comfortable than small ones. But there are some subtleties: the leather cover, unlike suede, is rather slippery, and the headband is heavy. 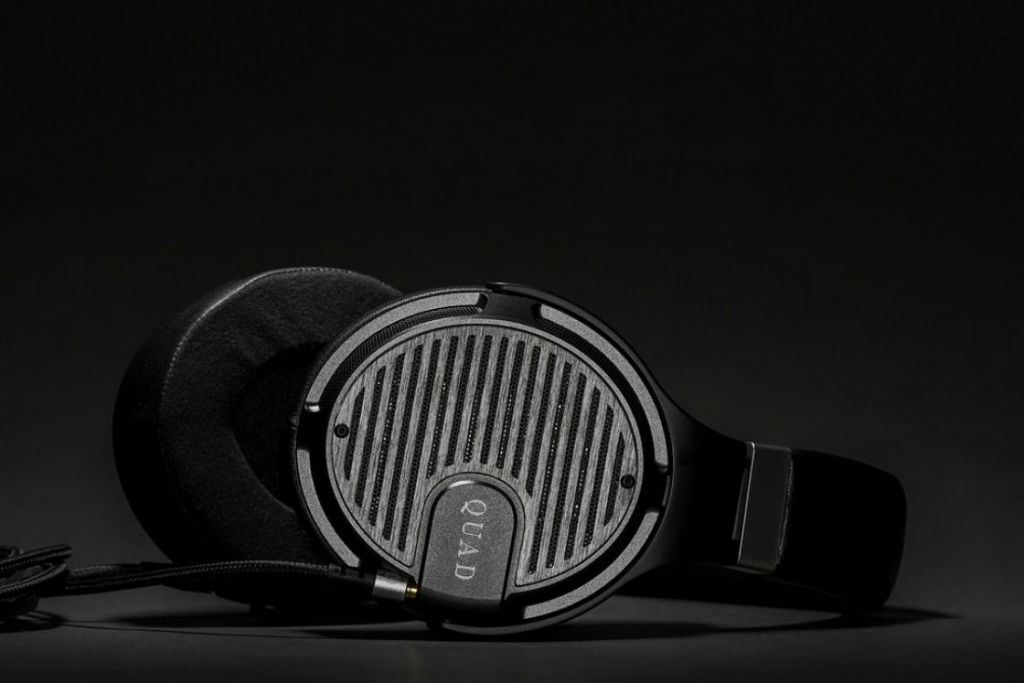 Thus, using headphones with large ear pads, it is better not to shake your head once again, and with small ear pads you can not restrain yourself in movements. The features of the fit and the materials of the ear cushions can well be attributed to the issue of personal choice, without making hasty conclusions about the features of this or that version. But the way of attaching the ear cushions did not cause me positive emotions: they are fixed on the ear cups with the help of plastic dowels, like grills on budget acoustics. The ear pads hold so tightly that if they are removed inaccurately, you can tear the skin or break the fasteners, and there is also a risk of installing the ear pads loosely – there will be a gap around the perimeter, due to which you will get an imbalance in the recoil in the bass area and the lower middle between the left and right headphones.

To tell you the truth, the first thing I wanted to do when I saw exactly how the ear cushions are put on the ear cups was to glue some kind of seal around the perimeter (to be sure that the pairing of the ear cushion and the cup will be sealed). And in general, the procedure for replacing abmushyur in this model is best done only if you understand exactly what you are doing. With the assumption of full responsibility, so to speak. Without paying due attention to these issues, the developers probably reasoned logically that, having chosen one type of ear pads, a person will use them all the time, and therefore “doing beautifully” is not at all necessary. But the impression of interacting with the headphones is still spoiled by such a rough mount. It would be much more noble to make ear cushions with an additional sealing contour and a magnetic lock, or at least with more convenient latches. Even if headphones would become a couple of percent more expensive.

Compared to competitors, Quad ERA-1 is a very tempting proposition: they work out their price tag with a good bonus. The second point – miracles do not happen: in order for planars to sound killer good, you need a deadly powerful amplifier (fortunately, finding one is not a problem). Third, changing the ear cushions significantly changes the sound of the ERA-1. Consider that this is not one, but two models at once. But if those ear pads that are less comfortable in sound turn out to be preferable – all questions to the manufacturer. I didn’t make this mess. Fourth, according to my experience, a balanced cable with an appropriate amplifier and path for such headphones is mandatory. Especially if you opt for small ear pads. On the whole, the Quad ERA-1 made an exceptionally good impression. And given that this is the company’s first experience in this genre, all that remains is to applaud the developers and shout “bravo”. The debut was a success. But change the ear cushions, please.